Container volumes at Port of Barcelona rise to 3.5 million TEU in 2021 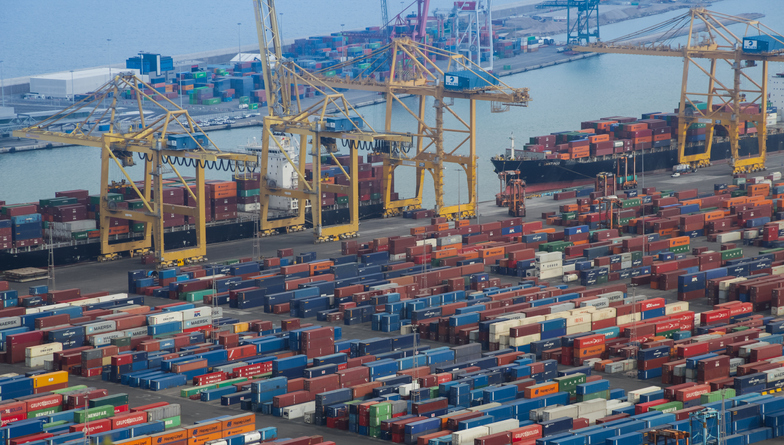 The Port of Barcelona has announced its traffic and financial results for 2021.

Both exports and imports rose by 10 per cent and 5 per cent respectively.

“Once again we are setting records in total import and export container traffic and transits,” said José Alberto Carbonell, General Manager of the Port of Barcelona.

“This was possible because more and more shipping companies are relying on the Port of Barcelona, not only to move exports and imports but also for their transshipments, which translates into even greater customer diversification.

“The productivity of the Port of Barcelona terminals and the high-quality of stowage, linked to the strong network of services, enables us to be one of the leading alternatives for shipping companies.”

Furthermore, the port’s commitment to intermodality led to a significant rise in rail traffic in 2021.

By the end of the year, 318,971 containers moved through the port’s facilities by train, marking year-on-year growth of 18.4 per cent.

The Recovery Plan, which was launched in 2021 and will remain in force through 2022, resulted in the port saving nearly €11 million ($12.4 million) – which the port authority ceased to collect.

“The Port of Barcelona closes 2021 with a clash flow of €83 million ($94 million), which allows us to continue developing our strategic agenda and create the necessary conditions for economic growth,” continued Calvet.

Other operational highlights from 2021 from the Port of Barcelona include the opening of the Korean Logistics platform located in the Logistics Activities Zone (ZAL).

The port signed an agreement with the Port of Busan to start a company that will manage and promote the platform among Korean companies.

Back in March 2021, APM Terminals (APMT) Barcelona began to work on a pilot project to use 5G technologies to improve safety in the port.

The goal of the project was to minimise the potential risks of collisions between mobile machinery and fixed elements, vehicles, and people in the terminal.

Lastly, the Port of Barcelona Management Board approved a €60 million ($68 million) investment for increased capacity at the Hutchison Ports BEST terminal.

The remaining €29 million ($32.8 million) would be invested in machinery, including 14 new automated cranes.