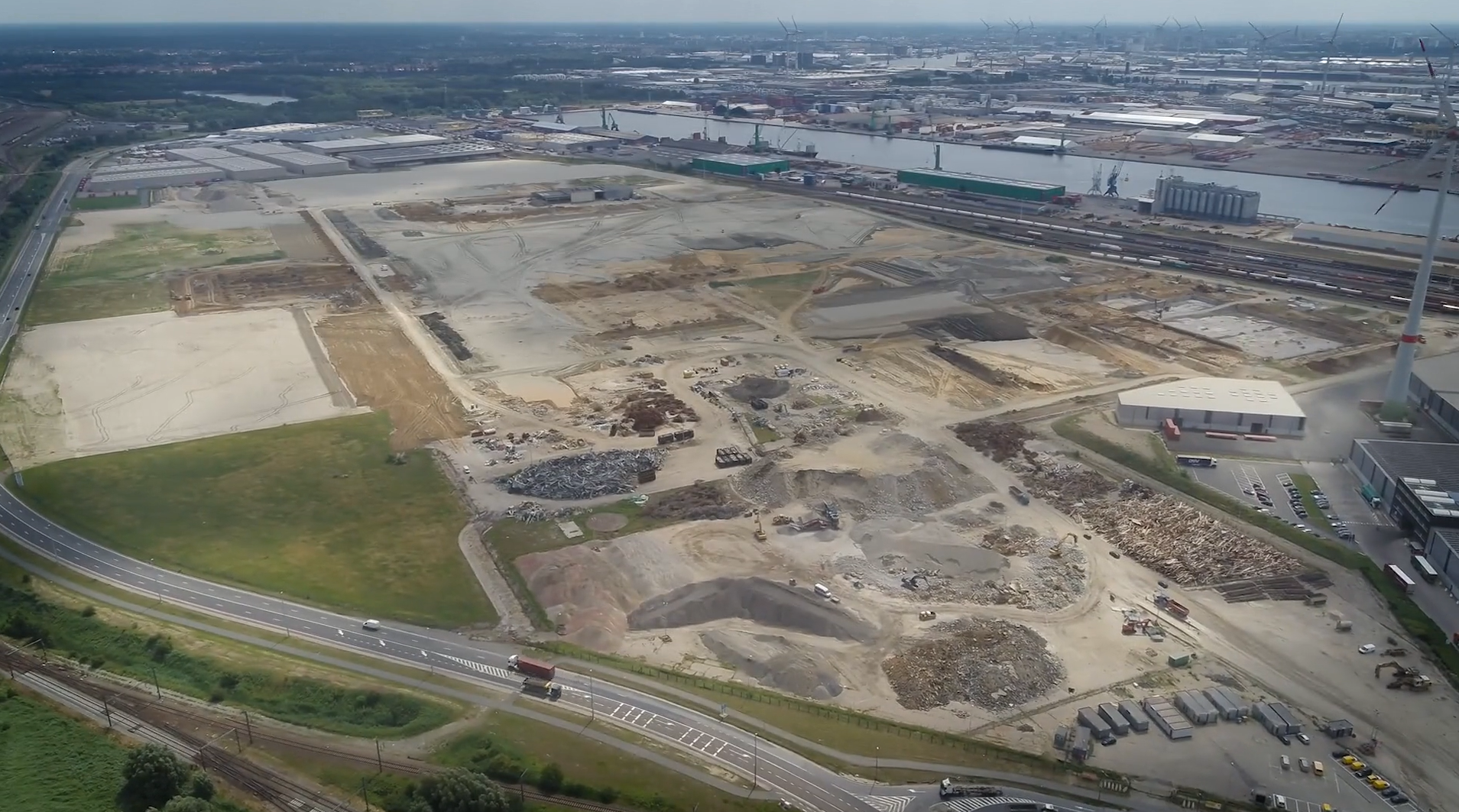 The Port of Antwerp has officially signed up the first two leaseholders for its NextGen District.

The signing of Triple Helix and Bolder Industries is a milestone for the port’s circular economy hotspot, which has been established to cultivate businesses helping to transition to a carbon-neutral economy.

NextGen District, situated on a former General Motors site, has been established as the Port of Antwerp’s circular economy hotspot. The 88-hectare location was chosen because of its proximity to Europe’s largest chemical cluster for the circular economy.

The district aims to become the home of innovative players in the circular process and manufacturing industries who will give end-of-life products a second or third life, explore circular carbon solutions and develop renewable energy technologies.

In order to attract as many national and international pioneers in the field of circularity as possible, the port conducted market surveys in October 2020 and June 2021.

Antwerp-based Triple Helix is set to build a factory to take polyurethane foam from discarded mattresses, insulation panels and car seats, among other sources, and waste PET from the retail and food industries, and convert them into polyols.

These chemicals can then be used in the production of new polyurethane products. The factory will be fully circular and self-sufficient in terms of energy use.

Bolder Industries has developed a process for extracting values from end-of-life tyres, which delivers environmental savings to the global rubber and plastics industries and their customers.

The company’s proprietary process produces ‘BolderBlack’ and ‘BolderOil’, sustainable replacements for carbon black. In this recovery process, 98% of a tyre’s materials are used and 75% of the resulting solids and liquids make their way back into new tyres, manufactured rubber goods and plastics.

The total investment value of the two companies amounts to €100 million ($114 million) and will generate at least 70 new jobs.

After applying for the necessary permits, the objective is for them to be operational by 2023-2024.

Jacques Vandermeiren, CEO, Port of Antwerp, commented, “The signing of these first two concessionaires represents a milestone for NextGen District and for Port of Antwerp.

“Several teams within our organisation have pulled out all the stops in recent months to achieve this milestone. With this, we are taking another important step forward in our pioneering role in the context of the climate transition. I want to thank both companies for being bold enough to take this leap of faith and I hope other game changers will follow.”

The port noted that talks with other potential candidates are in process. The projects are judged on feasibility, future orientation, innovative value, climate impact and adaptability. More news on this will follow in the course of 2022.