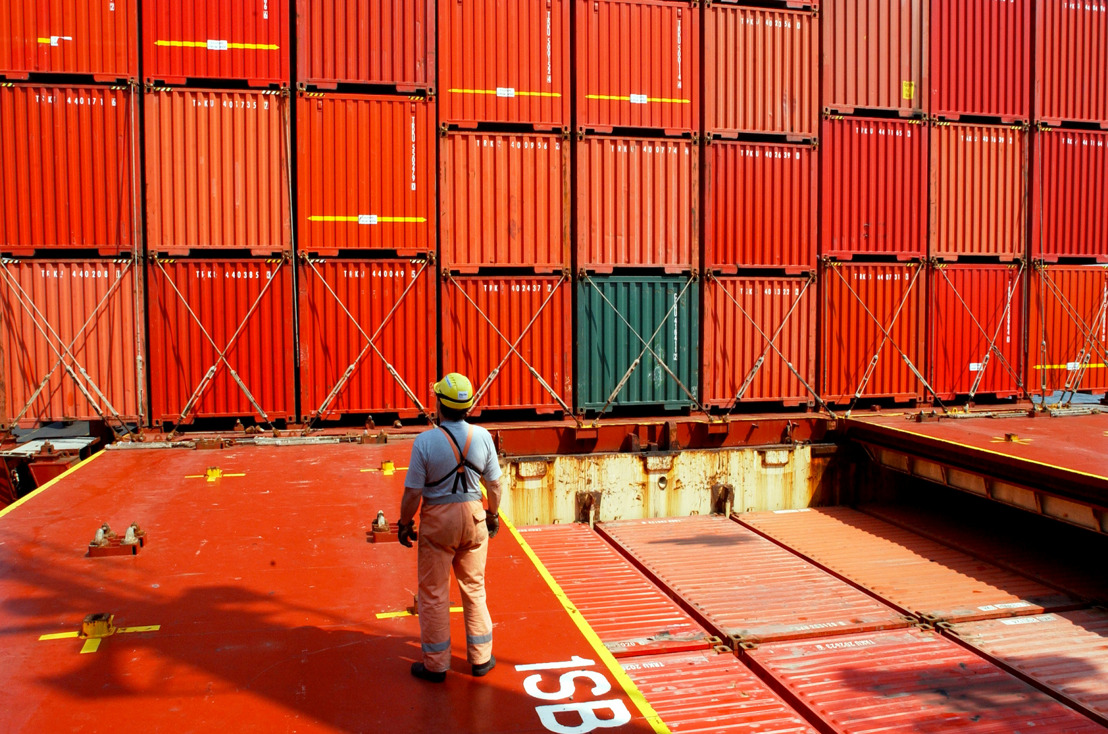 The Port of Antwerp’s digital process for releasing containers, Certified Pick up (CPu), is entering its next phase, which will commence on 1 June 2021.

In a statement, the Port said its terminals will gradually switch to a new way of handling containers based on identity instead of PIN codes.

The MPET and PSA terminals are the first to use the system, which verifies identity through an Alfapass and finger scan.

CPu came into force on 1 January 2021 and ensures that the container release process is safer, more transparent and more efficient.

The Port described CPu as a “neutral, central data platform that connects all the stakeholders involved in the container import process”.

Through dialogue with the Port Authority, it has been agreed that the implementation of CPu should be phased in.

In the initial phase, CPu introduced transparency on the container status in the form of a series of ‘green lights’, aimed at increasing operational efficiency for every player in the chain.

Port of Antwerp CEO, Jacques Vandermeiren, said “This next phase in the CPu process is an important next step in building a virtually secure port.

“This new way of working guarantees a rapid and optimised release process for incoming containers, which will then leave the port by rail, inland navigation or truck.

“The fact this has been achieved in collaboration with the various partners in the port chain is further evidence of the strength and resilience of Antwerp’s port community.”

Port Alderman Annick De Ridder, also commented, “Thanks to this new way of working, we are taking our social responsibility as a port community to combat international drugs trafficking.

“Along with the various partners, this is how we are throwing our weight behind further security for the logistics chain and making the transition to a digital ecosystem that should also lead to efficiency gains for the companies.”