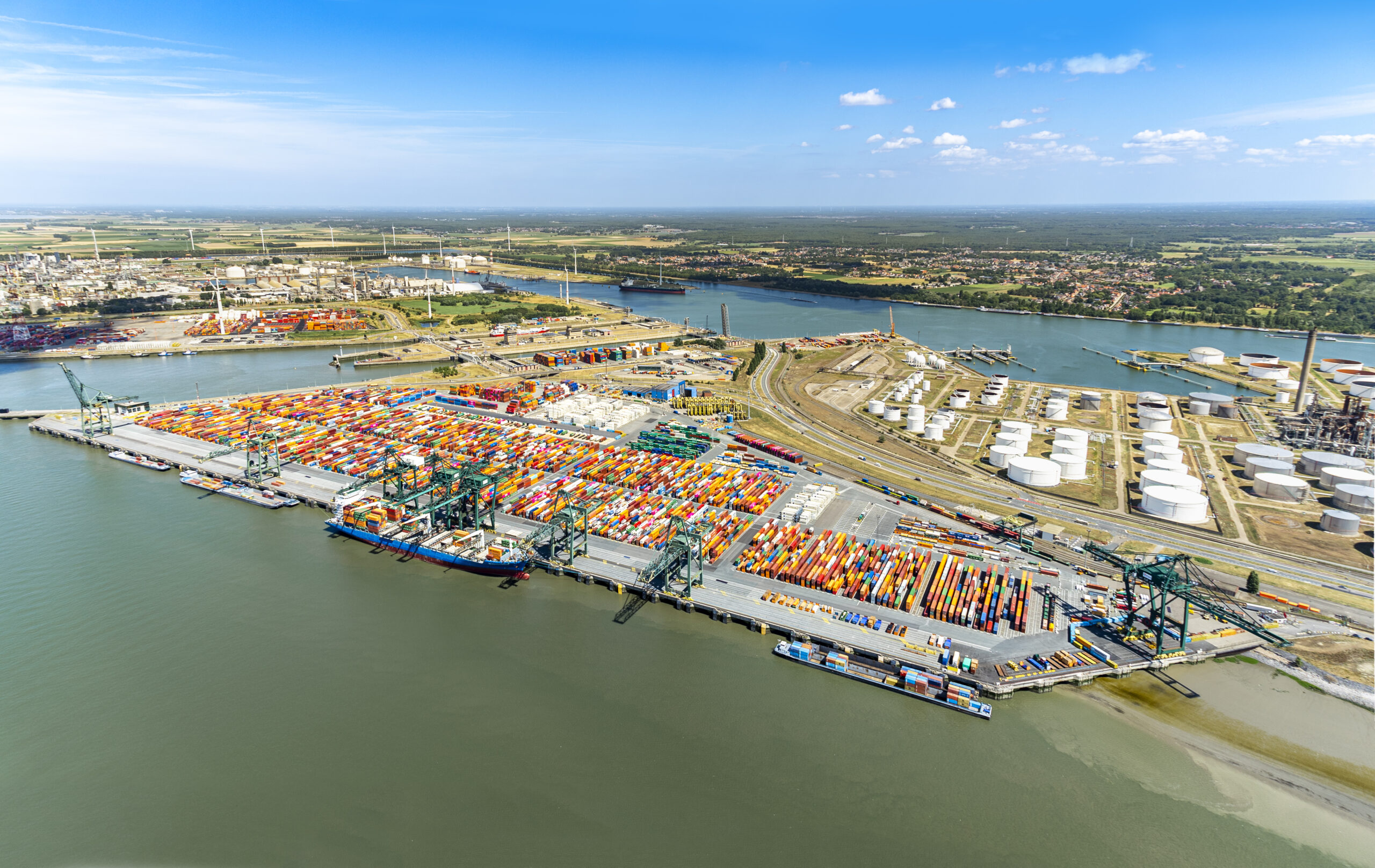 The Port of Antwerp-Bruges and PSA Antwerp have officially approved the renewal of the quayside and terminal at Europa Terminal.

The contract for the works was concluded on 7 October with a Temporary Company of four contractors – Artes-Roegiers, Artes-Depret, Herbosch-Kiere and Boskalis.

The investment follows the Port of Antwerp-Bruges and PSA Antwerp’s project to expand cargo capacity at the terminal.

“With the modernisation of the Europa Terminal we are underlining our ambitions as a container port,” said Jacques Vandermeiren, CEO Port of Antwerp-Bruges.

“As a world-class port, it is essential that we continue to play at the highest level and are able to accommodate the biggest ships.

“We are, however, aware of the impact of our activities on the surrounding area and local residents. That is why we are committed to reducing mooring emissions, among other things. With a new efficient and sustainable terminal, we are building the port infrastructure of the future.”

The depth of vessels that can moor at the 1,200-metre quayside will be increased from 13.5 metres to 16 metres.

The port said it will carry out works in three phases to keep the terminal operational and minimise impact. Additional temporary moorings for inland navigation will be created to guarantee a smooth service.

These renovations will also result in an efficient and sustainable terminal that contributes to the transition towards a climate-neutral port, according to the port.

Electrification and other optimisations are set to reduce CO2 emissions per container by 50 per cent and wind turbines will increase the share of renewable energy.

The port ensured that all related works will be carried out protecting and preserving nearby environment.

“At PSA Belgium, we are delighted that construction works on the quayside are underway,” said Cameron Thorpe, CEO PSA Belgium.

“This will allow us to start the transformation process of Europa Terminal with a highly sustainable investment while increasing capacity by more than 700,000 TEU annually.

“This reflects our confidence in the future of Port of Antwerp-Bruges and underlines the PSA Group’s commitment in Belgium.”

Europa Terminal was officially inaugurated in 1990 as the first tidal container terminal in Antwerp. With the renewal, the port aims to strengthen its competitive position while taking steps towards sustainability.

The Port of Antwerp-Bruges registered a small year-on-year increase of 1.4 per cent in the first six months of this year, as the port authority praised its unified position in facing ongoing crisis.

The total throughput came at 147.2 million tonnes, registering a 9.8 per cent fall in containers (tonnes) and a 6.2 per cent decline in TEU compared to a strong first half in 2021.