Port of Antwerp breaks depth record with near 16m draft 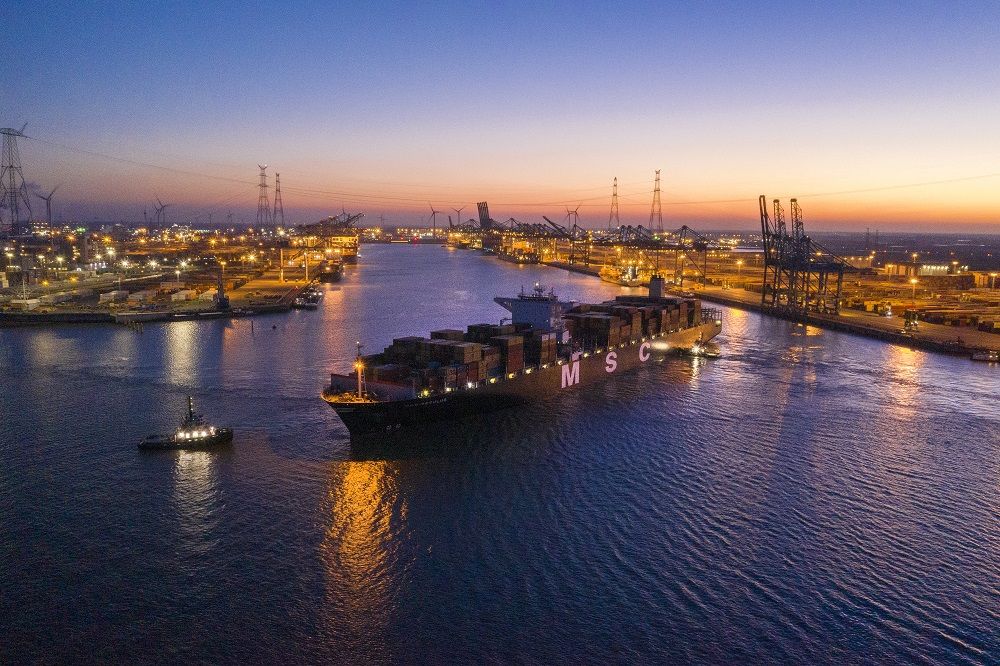 The Port of Antwerp has broken its depth record as part of its draft expansion on the Western Scheldt.

The first trial run on 28 February saw the MSC Regulus enter the Port from the Port of Rotterdam with a draft of 15.7m – a new record.

The current maximum draft on the Western Scheldt for container ships sailing to the Port is 15.5m. The trial is the first in a series of six where the draft will be increased to 16m, capable of accommodating the largest container ships in the future.

In the trials project, the maximum permitted draft for upstream navigation will be gradually increased to 15.7m , via 15.9m, finally reaching 16m. The extension applies only to container ships sailing to the Deurganck dock.

Arriva for deep-lying ships will be determined by the tide: during higher water level, a ‘tidal window’ will be established, where a deeper ship can sail up or down. Simulations indicate that shipping with a draft of 16 metres is possible on the Western Scheldt.

Rob Smeets, COO at the Port of Antwerp, said, “We are very enthusiastic about this successful sea trial and the new depth record.

“For our global economic position, the vital supply of our country and the prosperity of current and future generations, it is essential that we can receive the very largest sea-going vessels and that they can choose Antwerp as their first port of call.”

The depth break is the latest expansion by the Port since the major announcement of the Port of Antwerp-Bruges in February 2021.

The trials will aim to build capacity for a draft of 16m – dramatically shifting the loading capacity of vessels. An additional five decimetres can yield a staggering +/- 1000 TEU profit.

Nathalie Balcaen, General Administrator of the Maritime and Coastal Services Agency, said the increase to 16 metres means “significant optimisation” of the loading capacity for vessels.

“The nautical chain is becoming increasingly robust and – with success – is pushing the boundaries of what is safely achievable.”

The pilot project is a collaboration between Port of Antwerp, the Flemish pilots of the Agency for Maritime Services and Coast (MDK), the Dutch pilots, the Common Nautical Authority (GNA), traffic controllers and the shipping company MSC.