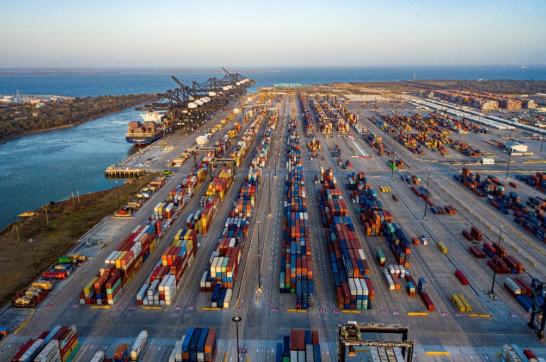 Port Houston has recorded its best year yet in 2022 with annual container volume up by 14 per cent.

The port had consistent double-digit growth at Bayport and Barbours Cut container terminals from January through to November.

In December, volumes dipped compared to the record 2021 activity, a softening of demand that mirrors other gateways across the country.

A total of 292,027 TEU were handled at Port Houston during December, a 12 per cent decrease compared to December 2021.

Loaded container imports decreased by 16 per cent in December, while this was the busiest December ever for exports, which increased 7 per cent from the same period last year.

This record-breaking year led to the port opening a new depot facility that was said to support global supply chain fluidity, with an expansion of its storage, distribution, repair, and capacity services in the region.

Steel imports through Port Houston were up 25 per cent in December and 49 per cent for the year.

While down 29 per cent for the month of December, auto import units ended the year with a 7 per cent increase.

Bagged goods imports were up 50 per cent as compared to last year.

Executive Director at Port Houston, Roger Guenther, said: “The record growth seen over the last couple of years has been supported by continued investments in Port Houston terminals as well as the immense dedication of the Port Houston staff and ILA labour who are committed to moving our region’s cargo.”