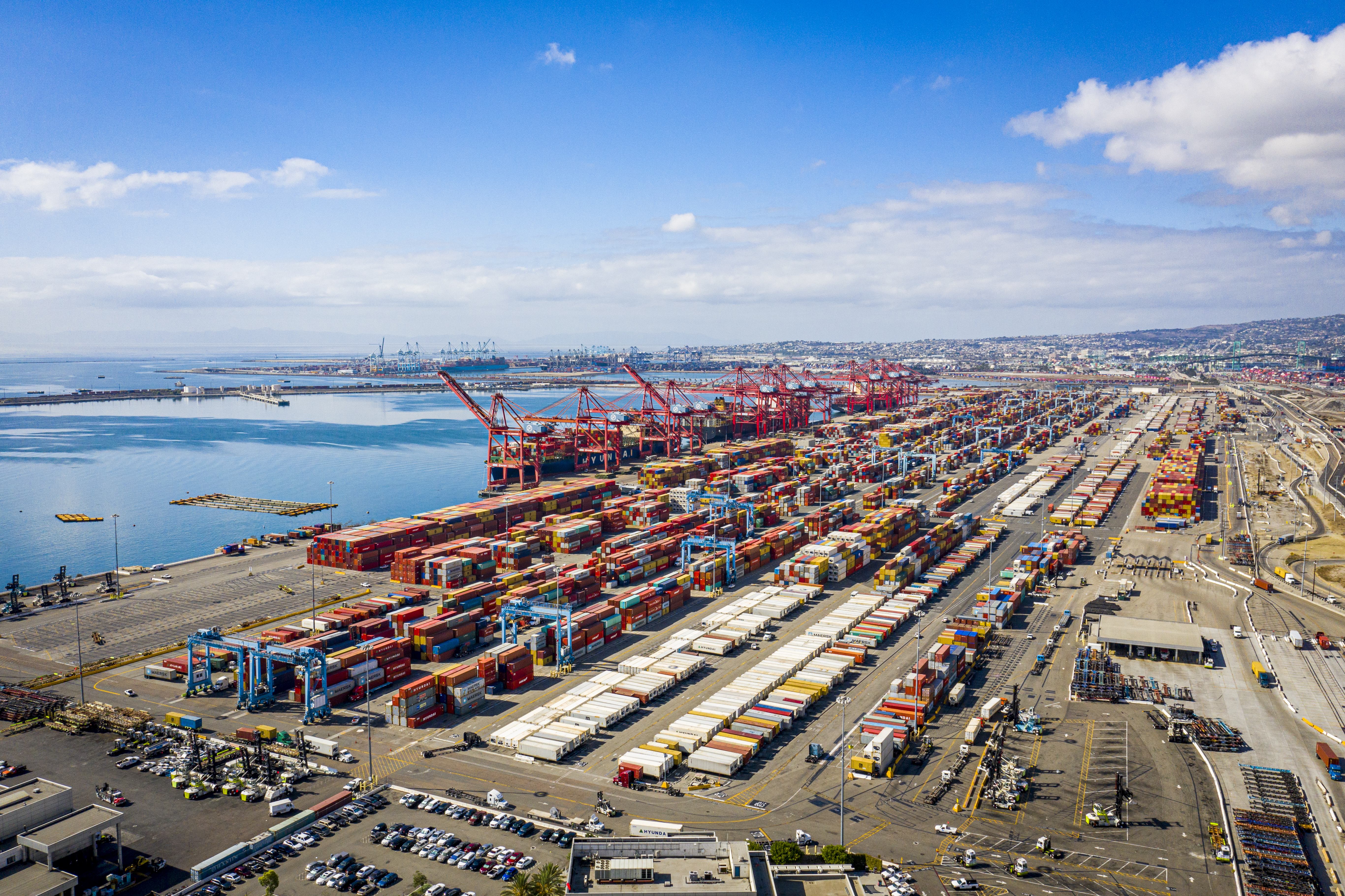 A year since PierPass 2.0 was introduced into the Ports of Los Angeles and Long Beach long late-afternoon queues have been eliminated, a 2 December release states.

PierPass is an appointments-based system for trucks picking up containers at the two ports.

In addition, port terminals are offering around a third more appointment slots than there are containers to be picked up.

Terminals have been working with the trucking community and other stakeholders to add new types of appointment-based services to help truckers achieve greater efficiency.

“Terminals continue offering at least two peak shift and two off-peak shift appointments for each container prior to free time expiration, providing multiple options for each pickup,” said John Cushing, President and CEO of PierPass. “Over the past year, many terminals have also introduced new services. All of this gives the cargo community an enhanced traffic mitigation system, which is running smoothly one year in.”

The OffPeak program was restructured in November 2018. The revised program, PierPass 2.0, reduces traffic congestion by spreading cargo movement across two shifts, using appointments rather than the daytime-only Traffic Mitigation Fee (TMF) used in the original OffPeak program that started in 2005. From July 2005 through October 2019, OffPeak has diverted 46.7 million truck trips from Los Angeles weekday daytime traffic.

Top 5 Ports in the USA

The revised OffPeak program has achieved the major objectives of the overhaul, including eliminating the long truck queues that previously formed in late afternoons as trucks waited outside the terminals until 6:00pm to avoid the TMF. All 12 terminals report that the late-afternoon queues outside their gates have been eliminated.

Under the common business rules of the revised OffPeak program, all terminals provide appointments for picking up import containers. Over the past year, many terminals have also begun offering appointments for dropping off export and empty containers. These services make it easier to arrange dual transactions, with a single truck trip dropping off one container and picking up another one.

“One of the advantages we expected from shifting to an appointments-based system was increased flexibility, allowing terminals to continue innovating to improve efficiency and meet evolving market needs,” Cushing said. “We are very pleased and encouraged to see this expectation being achieved.”

Of the 12 terminals, eight now offer appointments for exports and for empties.

In another operational improvement, most terminals are now allowing same-day canceling and rebooking of appointments if an appointment is available. Terminals were able to make this enhancement through software modifications.

One terminal has begun allowing trucking companies to make appointments for picking up containers several days before the ship docks, allowing truckers to better plan their workloads.

Prior to the creation of PierPass in 2005, the two ports were struggling to handle cargo volume during the five existing shifts per week, causing severe traffic congestion according to a statement. Significant capacity remains during the four additional shifts terminals are currently providing per week.