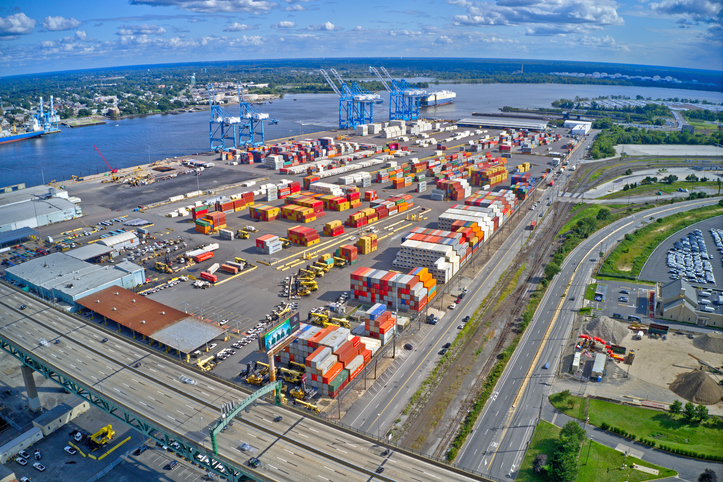 The Port of Philadelphia (PhilaPort) will receive a $246 million state investment to continue its modernisation efforts.

The announcement was made by Pennsylvania Governor Tom Wolf on 4 February 2022 and builds upon his previous $300 million Capital Investment Program at PhilaPort announced in 2016.

“The port is an economic driver, not only in Philadelphia but across the commonwealth,” said Governor Wolf.

“The port supports jobs, encourages trade, and builds connections that help businesses and communities across Pennsylvania thrive. This new $246 million investment will help the port build on its success over the past few years and will help Pennsylvania build on our commonwealth’s economic success and job growth too.”

Wolf’s Port Development Plan aims to redevelop underutilised areas of the port by investing $300 million in infrastructure, warehousing, and equipment. This included the purchase and implementation of three new super post-Panamax cranes at the Packer Avenue Marine terminal, the building of two new state-of-the-art warehouses, and the development of the SouthPort Auto Terminal.

Jeff Theobald, CEO of PhilaPort, added: “Governor Wolf’s leadership and vision breathed new life into the PhilaPort. He has given us the tools to take our meaningful place as the gateway of choice for global cargoes.”

Jerry Sweeney, Chairman of the Board of PhilaPort, also commented: “In the history of the PhilaPort, there has been no greater ally than Governor Tom Wolf in terms of capital investment, vision, and consistent support. Our dramatic cargo and jobs growth are a direct result of his leadership.”