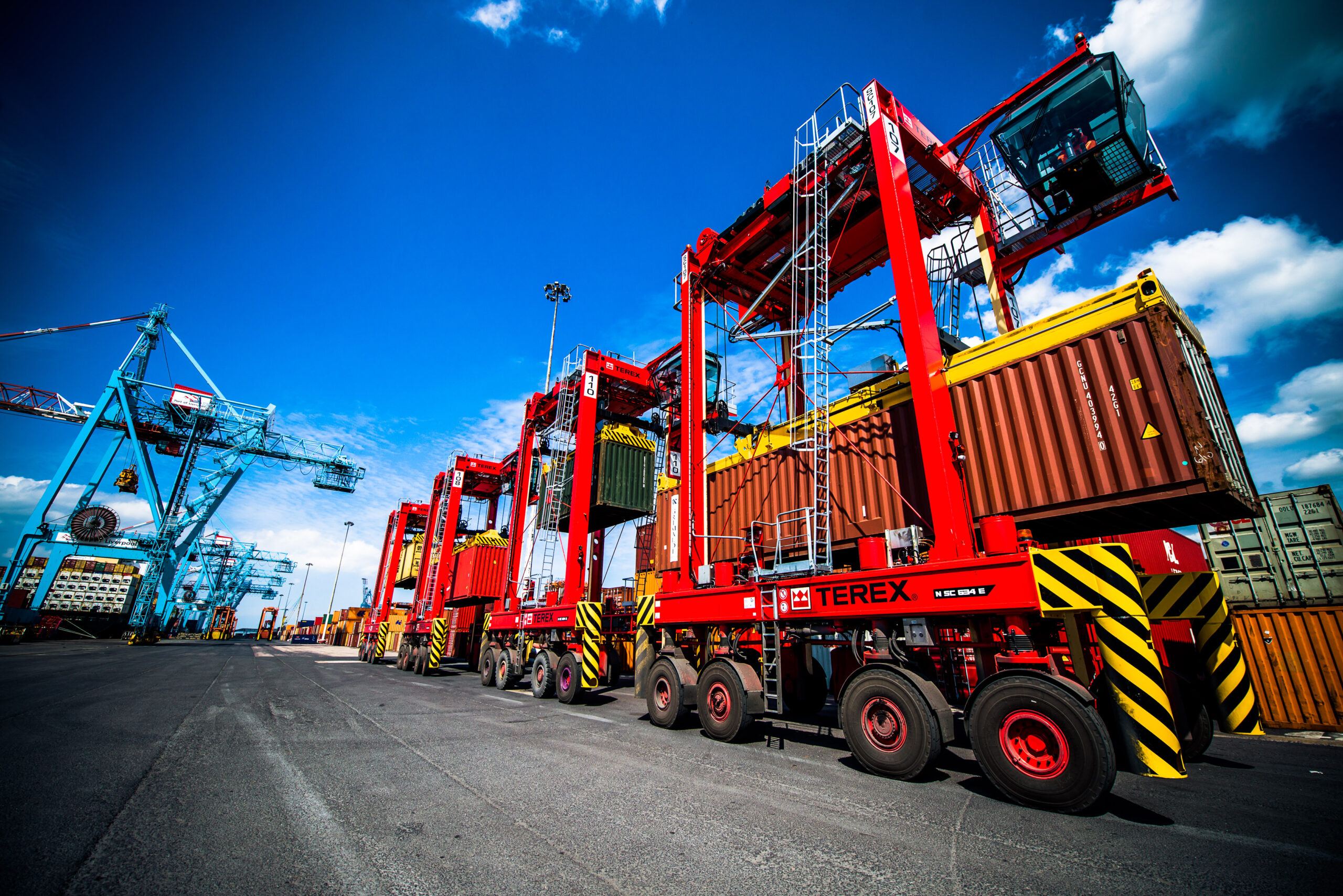 Peel Ports is to use greener alternative fuels for straddle carriers and plant equipment across the majority of its estate by 31 March 2022.

The move aims to support the port operator in its ambitious aim of becoming net-zero by 2040, ten years ahead of the UK government’s national decarbonisation target.

The company’s wheeled asset and procurement teams started looking into alternative fuels for its plant and straddle carries around a year ago, working alongside manufacturers such as JCB Terberg and Combi-Lift. Testing of the new fuels started in November 2021.

Today, Peel Ports has announced that 45 per cent of its plant equipment fleet will move to Hydrotreated Vegetable Oil (HVO), and 29 per cent to electric throughout 2022.

HVO biodiesel uses plant-based oils in its composition, which reduces the amount of CO2 emissions to the atmosphere by up to 90 per cent and can also be substituted directly for diesel fuel.

Unifeeder previously announced it was using the alternative fuel in its carbon-neutral towage service on London’s River Thames.

According to Peel Ports, the operator working to move the remainder of its fleet to less polluting alternatives as they become available.

The conversion of 3 million litres of diesel fuel to HVO will result in an annual carbon emission reduction of at least 70 per cent, improving air quality around the ports. This is equivalent to taking 4,500 cars off the local roads for a year.

“We are working hard to become a greener Port operator and looking into everything we do, making incremental changes to reach our net-zero ambitions by 2040,” said Lewis McIntyre, Managing Director of Port Services at Peel Ports.

“The change in legislation in rebated fuels provided an opportunity to address the powering of our plant equipment and a further move towards our carbon neutrality goals.

“Whilst these transition fuels will offer a temporary improvement, they don’t provide a long-term solution and we are already working with manufacturers and suppliers who are developing the next generation of sustainable land equipment for all our operations.”

The Peel Ports Group was also recently presented with a green industry award from GREENFLEET after it switched over 50 per cent of its fleet to electric.

The operator won the award in the Private Sector Commercial Fleet of the Year (Small to Medium) category after it transitioned a considerable amount of its fleet to electric vehicles.