Pandemic to usher in new era of port development 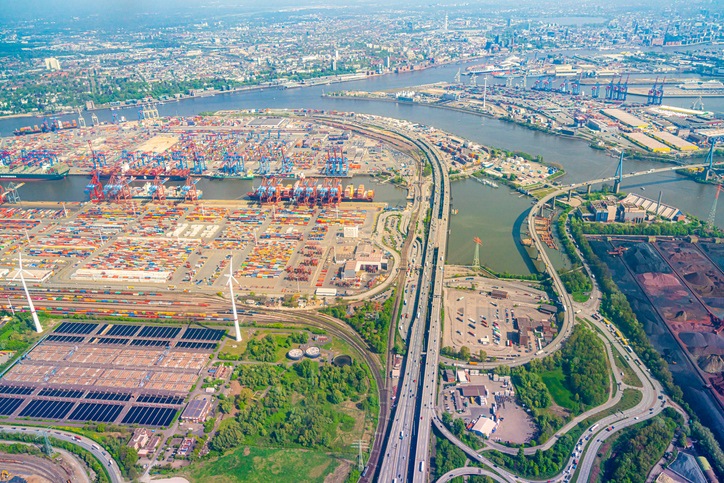 Terminal operators are likely to work closer with capital funds as they aim to improve infrastructure and recover from the effects of the COVID-19 crisis, according to Drewry.

During a recent webinar on the effects of the pandemic on port development and capacity, Eleanor Hadland, Senior Analyst, Ports and Terminals, at shipping consultancy Drewry, said there is evidence that a ‘co-investment model’ between capital funds and operators is gaining traction.

This will become more important as operators look to recover from the economic uncertainty caused by the pandemic.

Drewry has forecast that port development could shrink by 40% in 2020 and that capacity will rise by just under half the amount it on average in 2019.

The forecast for the sector was made towards the end of the second quarter of 2020, which Hadland described as “too soon” to fully determine how the pandemic or the associated global recession will affect ports and port development.

“Analysis since then leaves us to believe that expansions which are in the early stages of planning are likely to be placed on hold until the outlook stabilises. Therefore, there is a risk that the actual development levels over the coming years could actually fall below forecast levels,” Hadland said.

Despite the economic impacts of the pandemic there are opportunities for investors, in particular operators who are looking to take a greater role in developing brownfield sites, according to Drewry.

To that end there are several major case studies that see operators take part in what is known as the ‘co-investment model’, where they collaborate with major funds.

An example is HMM’s sale of 50% if its shares in TTIA terminal in Algeciras to CMA CGM-DIF Capital Partners JV.

This transfer of assets is not only a sign of CMA CGM increasing transshipment capacity but also working with DIF Capital Partners for the first time, suggesting that the co-investment model’ is gaining in popularity, indicating a shift in the mergers and acquisition (M&A) market.

The market, according to Hadland, is fundamentally different to previous years, in particular the pre-financial crash boom of 2006-2007. At that time, the market was characterised by high competition for a limited number of investment opportunities, which pushed valuation up.

Hadland said the market has now levelled out and operators are starting to show greater appetite for acquiring brownfield assets for development, as opposed to “higher risk” greenfield projects.

Another example of bullish investment is in Bangladesh, where Adani, DP World, PSA and the Red Sea Gateway Terminal all pursuing greenfield projects in Chittagong, which Hadland said would provide “much needed capacity” at the country’s only deep-sea port.

Additionally, Evergreen shipping line is a step closer to consolidating its operations at the new deep-draught, semi-automated Port of Kaohsiung, Taiwan. This will be able to accommodate the latest 23,000 TEU vessels that the carrier now has on order.

HMM have also signed a deal with PSA to establish a dedicated terminal in Singapore.

There are more reasons to be hopeful in the share prices of operators, which recovered in the second quarter of 2020, even if the majority have lost out year-on-year.

Drewry said operators’ share valuation on average had slumped 27% year-on-year, but Ankush Kathuria, Lead Financial Research Analyst, Drewry, said that with most of the world’s economies returning to some form of normal following lockdowns, the sector has passed the worst.

Kathuria also suggested that the market has priced-in most of the pandemic-induced future risk faced by the operators.

“We believe that opportunities for mid- to long-term investors are still open and the market will reward investors that have a longer-term vision and more patience,” Hadland said.