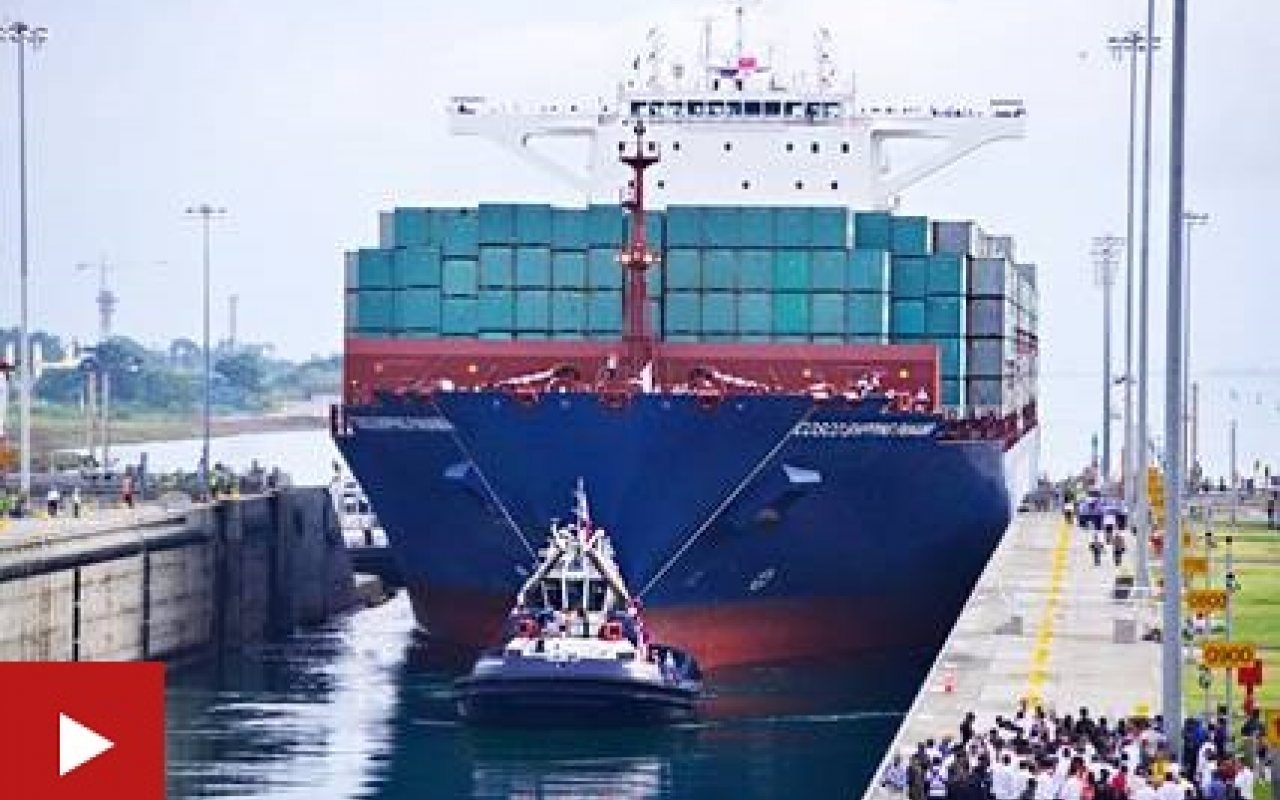 The inaugural transit of the more than US$6 billion Panama Canal Expansion recently began with the transit of Neopanamax vessel COSCO Shipping Panama through the new Atlantic-facing Agua Clara Locks.

Originally named Andronikos, the vessel was renamed to honour and pay respect to the country of Panama and the canal.

Juan Carlos Varela, President of Panama and Jorge L. Quijano, CEO and Administrator of the Panama Canal Authority honoured the almost 40,000 workers—who made the expansion a reality—with a message of pride, accomplishment, hope and opportunity.

Mr Quijano said: “Our commitment to provide value to our customers remains paramount. In 2015, we broke our tonnage record with 340.8 million PC/UMS in the original canal.

“Today, we make history and improve global connectivity. We thank our customers for their support and appreciate the 170 reservations we have received thus far to transit the Expanded Canal.”

COSCO Shipping Panama set sail on June 11 from the Greek Port of Piraeus carrying more than 9,000 TEU, while measuring 299.98 metres in length and 48.25 metres in beam.

Technical Paper: Panama Canal Expansion: Completion is Finally Upon Us

Later this afternoon, the vessel will reach the Pacific-facing Cocoli Locks where the official inauguration ceremony will take place.

The Expansion Program is the canal’s largest enhancement project. It included the construction of a new set of locks on the Atlantic and Pacific side of the waterway and the excavation of more than 150 million cubic metres of material, creating a second lane of traffic and doubling the cargo capacity of the waterway.

While the expanded locks are 21.3 metres wider and 5.4 metres deeper than those in the original canal, they use less water due to water-savings basins that recycle 60% of the water used per transit.

It was recently reported that CMA CGM will be able to reconfigure its current strategy and create a major transhipment hub in Jamaica as a result of the expansion plan.

World-largest shipping carrier, Maersk Line, is also likely to increase its usage of the canal, and is looking into rerouting one or more of its services.

Fact File: Considered and analysed for a decade with more than 100 studies, the Expansion will provide greater economies of scale to global commerce. It will introduce new routes, liner services, and segments (such as liquefied natural gas). In line with its commitment to customer service, the Panama Canal will continue to provide the world with value for another century and beyond.