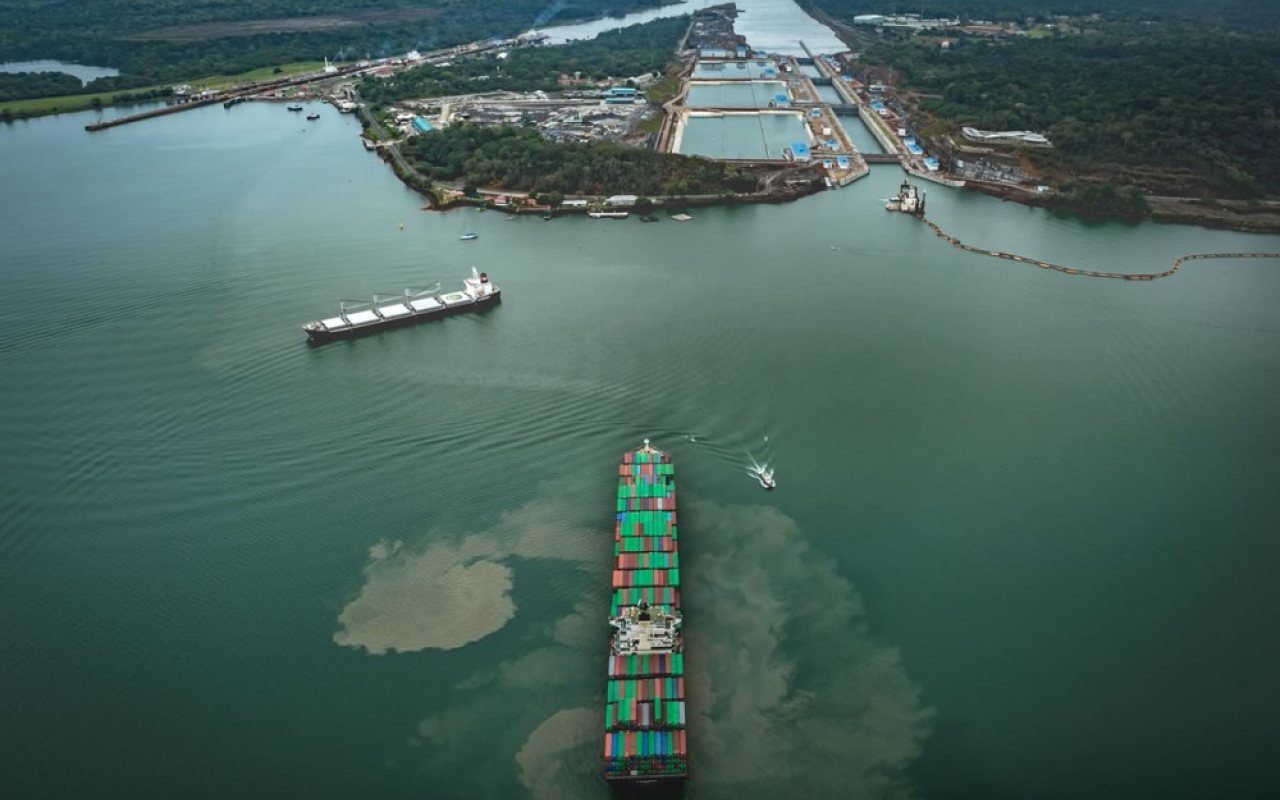 Global bench-marking and market intelligence platform Xeneta believes that the newly inaugurated Panama Canal may not be as beneficial as it seems for container ship carriers.

Although the new sets of locks are deeper, wider shipping channels will potentially double the waterway’s capacity – giving neo-panamax vessels access for the first time – the increased efficiencies may actually undermine rates, which could deepen the crisis for a segment already suffering the strains of severe over capacity and cut-throat competition.

Xeneta has charted a spectacular fall in container rates over the last two years. As an example, the short-term market average rate for transporting a 40-foot container from Shanghai to Rotterdam has fallen by over 60% since the summer of 2014 (currently standing at US$941).

The expanded Panama Canal opened on June 26, 2016 by the 9,472 TEU Cosco Shipping Panama, which was meant to be a boon for carriers, giving vessels carrying around 13,000 TEU's all-water access from Asia to US East Coast ports and inland markets.

However, according to Patrik Berglund, CEO of Xeneta, this neo-Panamax short-cut could come at a crippling cost.

He said: “On the face of it improved transit times and two way traffic deliver huge benefits for container carriers, facilitating more cargo to the US East Coast and Caribbean ports faster and cheaper. However, there could be real trouble brewing on the horizon.

“Firstly, the neo-Panamax vessels have to attract trade to this fresh route, and this could initially force them to keep rates artificially low – the last thing the industry needs. Then we have the fact that more ships will be able to compete on the East Coast, potentially pushing rates even lower.

“This will most probably be exacerbated by the newly arriving fleets of 18-20,000 TEU megaships – MSC has four in the pipeline now – causing a cascading of existing tonnage onto attractive routes, like the East Coast.

“It all spells, what could be, an impending financial disaster for a segment currently defined by consolidation, new alliance-building, and on-going uncertainty.”

Berglund is backed up in his analysis by Andrew Lubin, Professor of Rosemont College, a specialist in container freight and logistics.

He notes that, at present, 68% of container movement from Asia into the US East Coast comes via the West Coast, but believes that around 10-14% of that will be diverted to the Gulf and East Coast ports within the year.

Technical Paper: Panama Canal Expansion: Completion is Finally Upon Us

Mr Lubin said: “Faster transit times and the fact that carriers switching tonnage to the East Coast will now be able to avoid West Coast, labour unions will boost vessel numbers and therefore competition. Increased competition has an obvious impact in the market – lower rates.”

Berglund said that this is only the latest development for an industry that is currently in a constant state of flux.

Berglund said: “Rates across the more than 60,000 port-to-port pairings we cover are changing all the time.

“For shippers, freight forwarders and carriers to keep pace with developments, and get the right price for their cargoes, they have to use software such as ours to exploit the true potential of Big Data.

Big Data was a key topic discussed at PTI’s recent Automation and Training Conference, which could be used to significantly enhance productivity at container terminals globally.

Training is also an important part of terminal operations and employee development, and PTI-TBA has launched a training portal designed to improve the productivity of terminal staff via the use of online training.

Berglund concluded: “Information is knowledge and, especially in a market like today’s, has to be the cornerstone of every key business decision.”