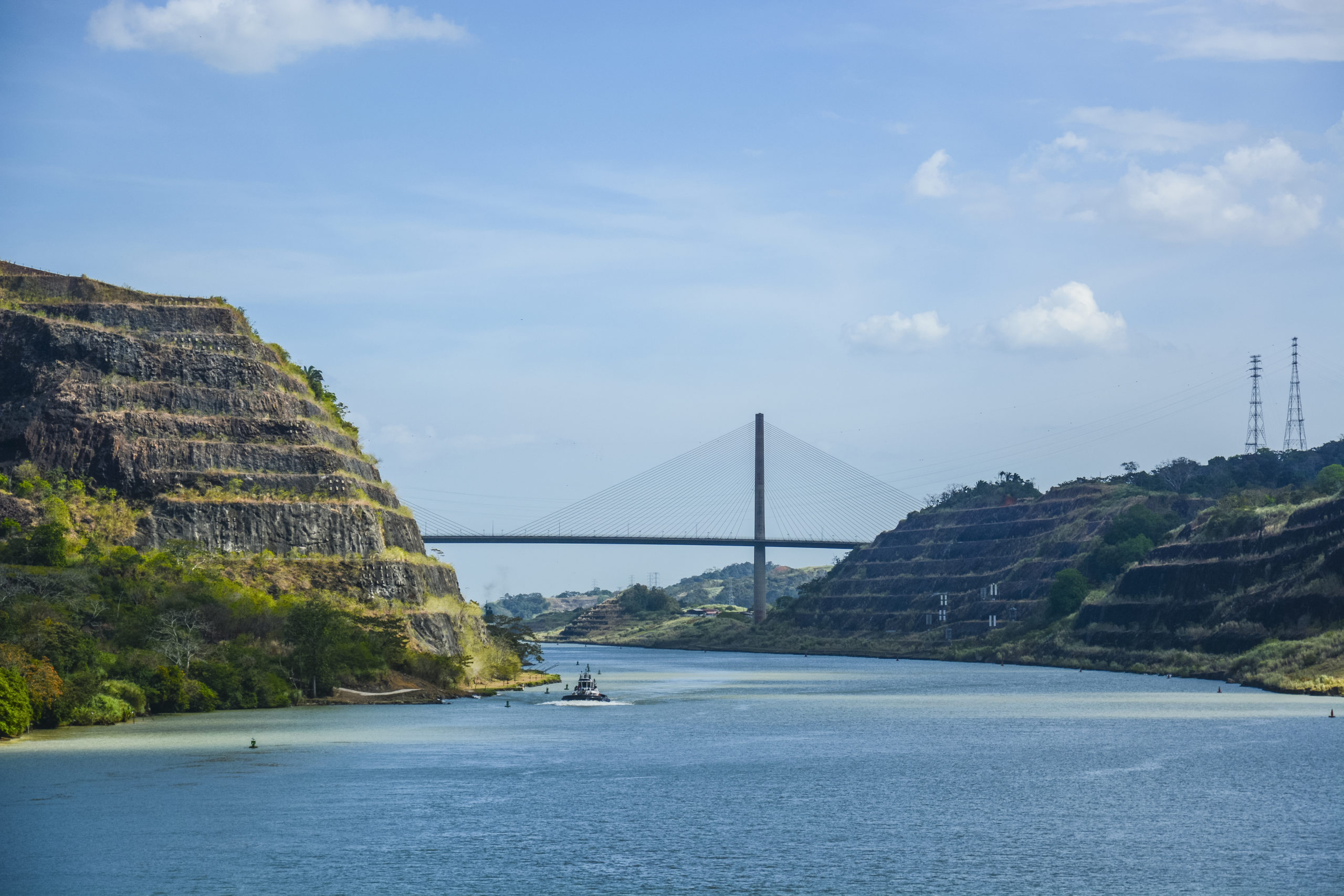 The Panama Canal has launched its process of decarbonizing its operations, with aims of becoming carbon neutral by 2030.

While the Panama Canal contributed to a reduction of more than 13 million tons of CO2 equivalent emissions in 2020 by offering a shorter route for ships in comparison to the most likely alternative routes, the waterway said it recognises the importance of making its own operation carbon neutral by the end of the decade.

To begin the transition to a greener Canal, the waterway purchased four electric vehicles as part of a pilot programme that will collect data to inform the migration of the Canal’s entire fleet away from fossil fuel dependence.

Part of its strategic decarbonization plan also includes tugboats and launches that use alternative fuels, the substitution of electricity production processes in favour of photovoltaic plants, the use of hydraulic energy, and ensuring that all facilities and infrastructure projects are environmentally responsible and sustainable.

The Panama Canal first began tracking its carbon footprint in 2013 to align its operations with the global objectives of reducing emissions to mitigate and adapt to climate change. Its plans to become carbon neutral were bolstered in 2017 with the launch of its Emissions Calculator, a tool that not only allows shipping lines to measure their greenhouse gas (GHG) emissions per route, but also strengthens the Canal’s analysis of the emissions produced by its own day-to-day operations.

To reduce its own impact, the Panama Canal has also taken steps to find ways to maximise its operational, and thus environmental efficiencies, whether by implementing water conservation measures or optimizing transits.

Panama’s Maritime Single Window (VUMPA) has improved the efficiency and carbon footprint of transshipment procedures by streamlining logistics paperwork for international customers passing through the country, saving up to 3,260 hours and over 300,000 paper forms each year.

In addition, the Panama Canal also joined on April 22, on Earth Day, the Declaration of the “50 First Carbon-Neutral Organizations”, an initiative led by Panama’s Ministry of Environment to integrate national efforts to accelerate measurable climate actions.

As part of the new national initiative, the Canal will develop an annual greenhouse gas inventory, as well as an action plan with measurable targets to reduce emissions. The Canal’s efforts will be factored into Panama’s National Determined Contribution (NDC), established by the United Nations Framework Convention on Climate Change (UNFCCC), following the Paris Agreement.

The Value of the Green Route

The Panama Canal’s efforts have since stretched beyond tracking to include initiatives aimed at helping and incentivising shipping lines to minimize their environmental footprint.

Through its Green Connection Environmental Recognition Program, the Canal recognizes customers who demonstrate excellent environmental stewardship, including the use of low-carbon fuels and environmentally conscious routes. As an enhancement to this program, the Panama Canal is currently analysing taking into account in its dynamic pricing strategy the vessels’ technology and its carbon footprint, which makes it more efficient during transit.

The Panama Canal also promotes the International Maritime Organization’s (IMO) efforts to minimize the environmental impact of the shipping industry, from the implementation of its IMO 2020 regulation to its nearby transit separation schemes and vessel speed reduction programs.

By supporting the latter, for example, the Canal helps shipping lines reduce their risk of colliding with whales migrating near the waterway, while also lowering their GHG and pollutant gas emissions by an average of 75%, depending on the type, size, and fuel of each vessel.

Sustainability of the Watershed

Through environmental programmes in its watershed, the Panama Canal has contributed to Panama’s ranking as one of only three carbon negative countries in the world, meaning Panama’s forests absorb more carbon from the atmosphere than the country emits.

For over a decade, the waterway has partnered with communities in the watershed to ensure their sustainable use of the area’s natural resources, while bolstering their quality of life.

One of the Canal’s core programs is the Environmental Economic Incentives Program, or PIEA in Spanish, which provides local farmers with resources, from land titles to agroforestry training, that enable them to sustainably develop, reforest, and protect land in the local watershed. As a result, the Panama Canal and watershed communities have together reforested more than 12,000 hectares.