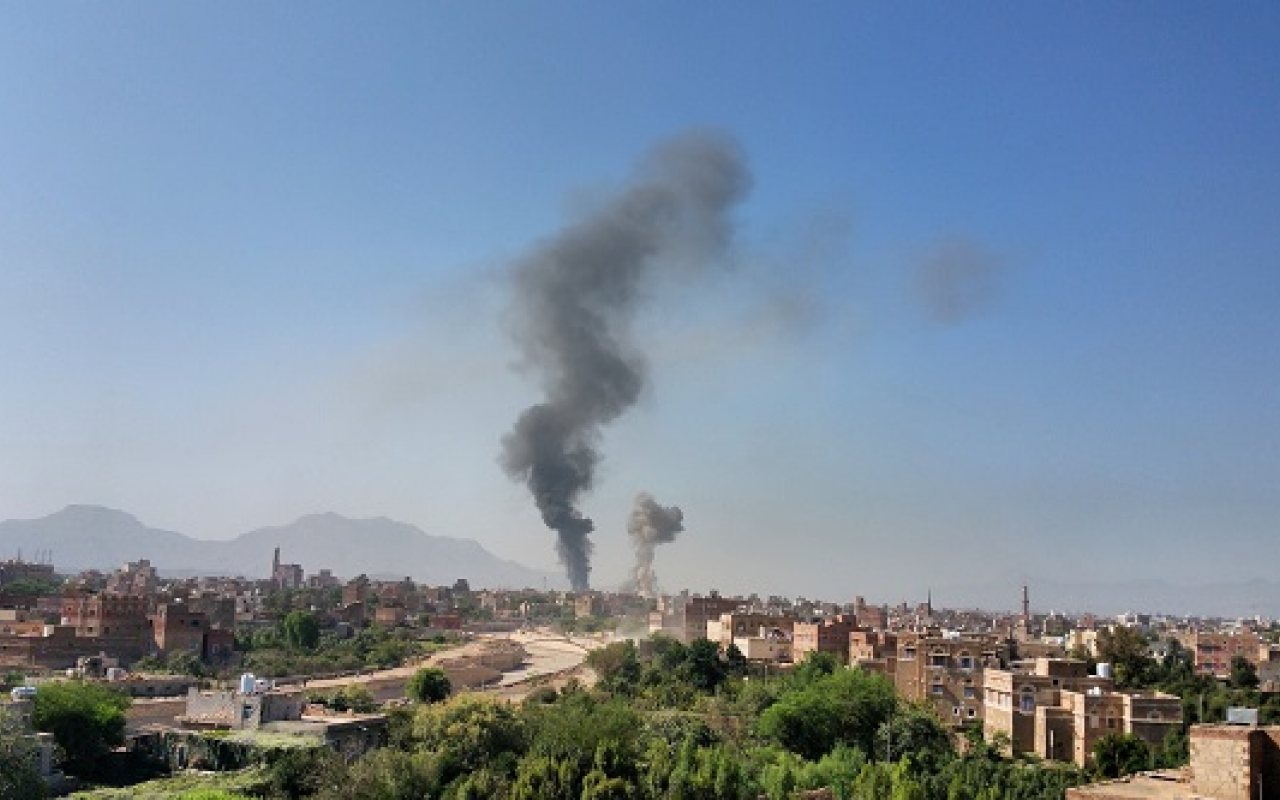 Oxfam has reported that despite last month's temporary lifting of the Saudi led-coalition blockade of Yemen's northern ports, the country has only been able to import 18% of its monthly fuel requirements and just over half its monthly food needs in the past three and a half weeks.

These ports provide most of the goods the country needs to import, with 80% of all goods coming through Hodeida, one of the northern ports.

Oxfam has said that the country has to import 90% of its food needs.

Hodeida recently received four new cranes in Hodeida, crucial to speeding up supplies through the port.

But the continued restrictions of vital supplies further endangers the 8.4 million people living on the brink of famine.

Oxfam warned of a catastrophic deterioration in what is already the world's worst humanitarian crisis and the site of the largest cholera outbreak on record.

The organisation said that the lives of 22 million people in need of aid will continue to deteriorate if there is not a significant rise in the imports of the vital food, fuel and medicine.

On January 19, 2018, the blockade would have been lifted for a month and Oxfam called for all ports to remain open to the uninterrupted flow commercial and humanitarian goods.

Shane Stevenson Oxfam's Country Director in Yemen said: “The wanton disregard on all sides of this conflict for the lives of ordinary families struggling to cope after more than a 1,000 days of war is nothing short of an international scandal.

“This is a war waged with 21st century hi-tech weapons, but the tactic of starvation is from the Dark Ages. The international community must come together and take a stand against barbarism.

“The British government has a chance to help make that difference. As UN Security Council member responsible for the Council's action on Yemen, it should immediately put forward a resolution calling for a full unrestricted opening of ports to commercial and humanitarian goods, an immediate ceasefire and redoubling efforts for peace talks.”

The UN, shipping agencies and port authorities have reported that during the temporary lift of the Yemen blockade, 190,000 tonnes of food arrived at the main northern ports between December 20, 2017 and 15 January 2018, compared with the estimated monthly food needs of 350,000 tonnes.

Fuel imports over the same period were 97,000 tonnes compared with an estimated monthly fuel needs of 544,000 tonnes.

Fuel tankers and bulk cargo vessels of grain have docked but no container vessels have arrived, meaning that foods essential for survival, such as edible oil, have not entered the ports for some time.

Last month the price of imported cooking oil went up by 61% in Al Baidha, 130 miles south east of the capital Sana'a.

The price of wheat rose by 10% across the country over the same period.

Food prices have been rising since the conflict started.

In Hodeida in the west of the country, the price of barley is three times higher than it was before the conflict, maize is up nearly 140% in Hadramout over the same period and the price of sorghum has doubled in Taiz.

Due to the fuel shortages and uncertainty of imports, one of Yemen's major food companies has reduced its grain milling operations and another is struggling with milling and distributing food inside the country. Companies face arbitrary restrictions by parties to the conflict when moving food around the country.

The food and fuel import crisis is exacerbated by a collapse in the country's currency which has seen a dramatic drop in the exchange rate from 250 rials per US dollar to 500 in recent weeks.

This will put more pressure on prices and hit the poorest and the families of the estimated 1.24 million civilian servants who have not received, or only occasionally received, a salary since August 2016.

Oxfam said that not only should the blockade be permanently lifted but there should also be an end to unnecessary restrictions on cargo ships coming into port.

It called for an immediate ceasefire, an end to arms sales that have been fuelling the conflict and called on backers of the war to use their influence to bring the warring parties to the negotiating table.

Read more news about the blockade of Yemen's ports