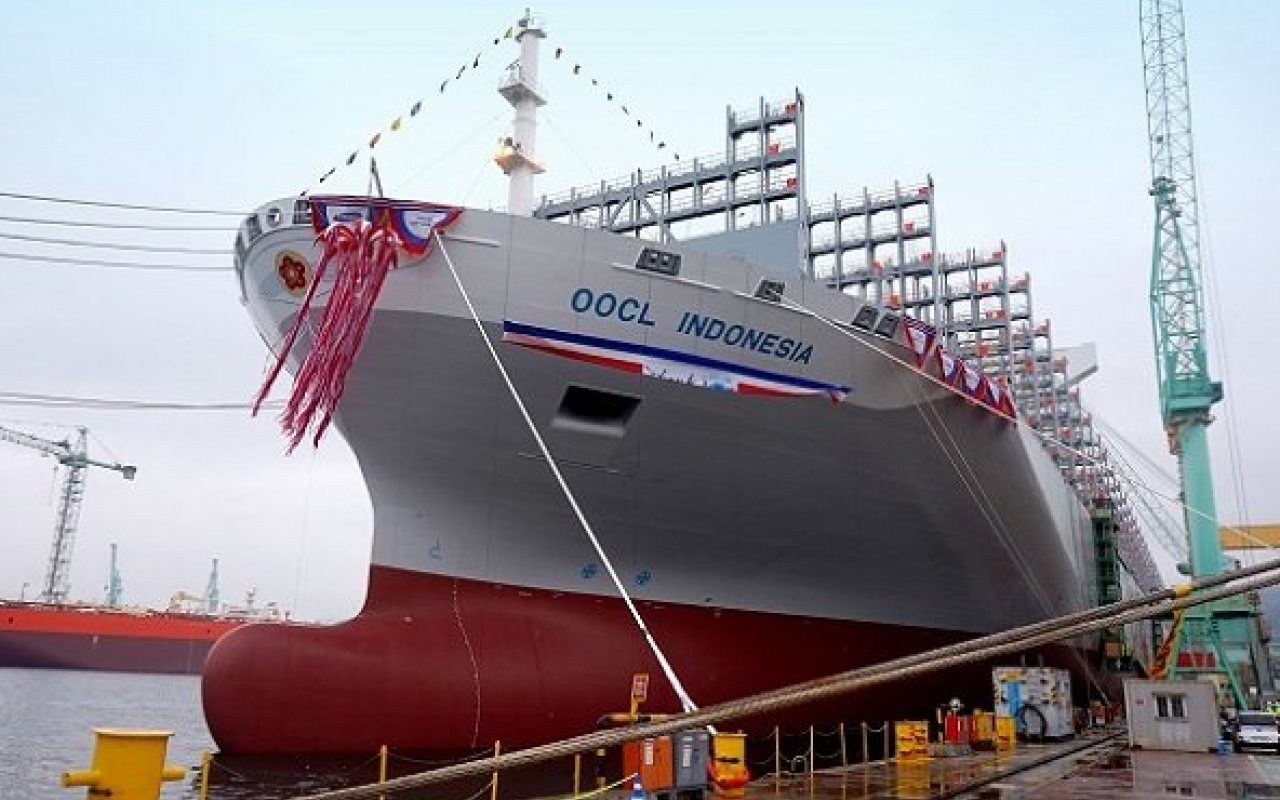 One of OOIL’s most significant developments during the year was a delivery of five of a total of six ‘Giga’ Class 21,413 TEU vessels ordered from the Samsung Heavy Industries shipyard.

OOCL, OOIL’s carrier subsidiary — ranked seventh largest in the world, added its last vessel in this series in January 2018, with no new orders placed during the year.

OOIL stated in its financial report that 2017 was a year of “tremendous growth” for OOCL in both European and US bound trades.

This growth outpaced the already strong volume growth seen in the market as a whole.

OOIL’s Chairman, C C Tung, commented on the results, stating that “a key element of being able to deliver this total service is our approach to digital technology”.

He added that OOIL was focusing on “enhancing supply chain visibility for customers” by embracing the use of data analytics to enhance yield management and internal operating efficiencies.

Commenting on the outlook for the container shipping market, Tung said: “The economic backdrop for 2017 was more robust than forecasters had expected.

“Following a decade of low growth, we saw healthier performance in both GDP and trade volumes across most of the world’s major economies.

“This was a welcome change after the industry’s low point of 2016.

“This synchronicity of growth, a rare phenomenon in recent memory, may bode well for the sustainability of the recovery.

“However, growth on the supply side continues across the trade lanes.

“Even if the ordering of new vessels remains muted in relative terms, upsizing of capacity continues in certain key routes.

“Ultra-large vessels ordered in the past few years are now being delivered and brought into operation.

“This combination of better economic growth and continuing (if moderated) growth in supply, along with higher bunker prices, means that for OOIL and our peers, the environment remains merely one of gradual recovery, not the boom that some analysts expected when improved economic data first started to appear.”

Read more: COSCO’s US$6.3 billion acquisition of OOIL has fulfilled the pre-conditions of its anti-trust review after the waiting period expired