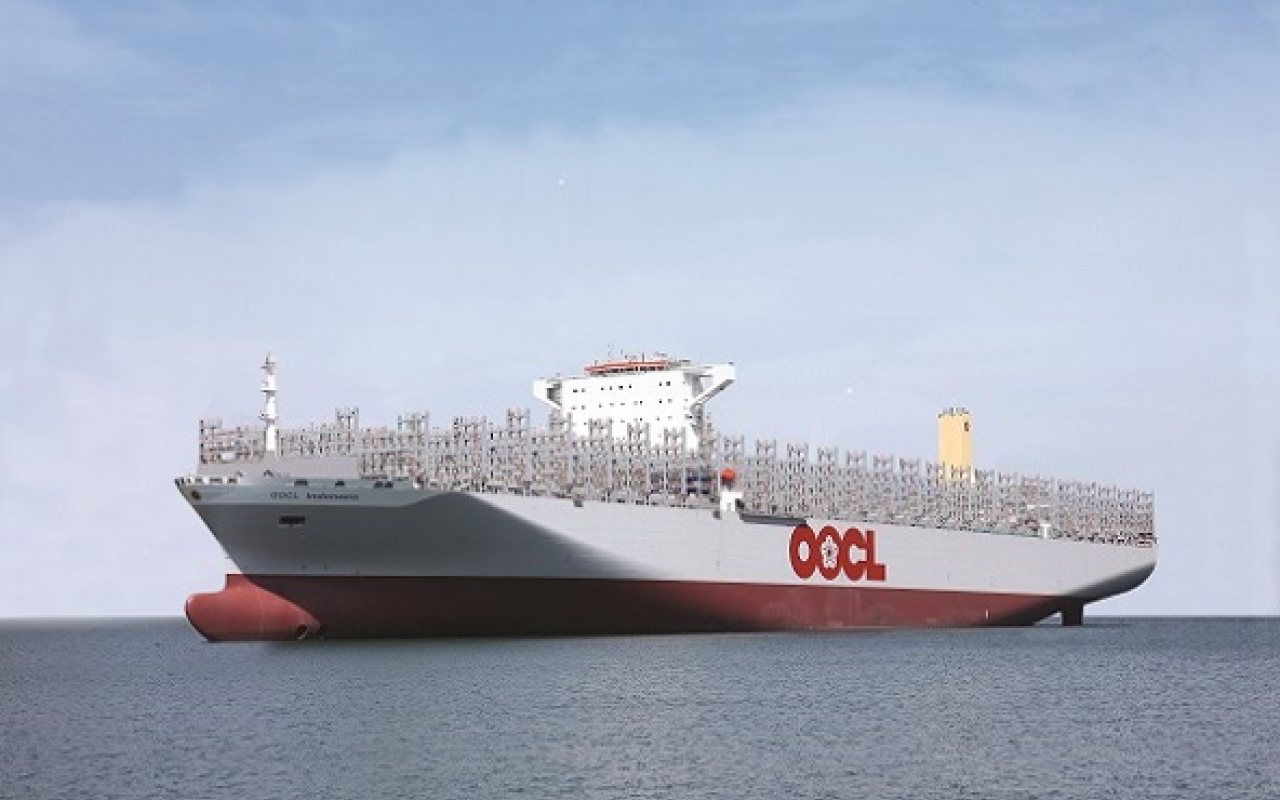 OOCL has launched the sixth and last in its latest series of 21,413 TEU containerships — OOCL Indonesia, christened at a ceremony held at the Samsung Heavy Industries (SHI) shipyard on Geoje island on January 17, 2017.

Named by OOCL’s sponsors Shirley Peng and Mary Liu (pictured below), she will begin her maiden voyage this month and join her other five sister vessels on OOCL’s Asia-North Europe Loop 1 (LL1) trade lane.

OOCL completed the series of six 'G Class' containerships within a year’s time.

Andy Tung, Chief Executive of OOCL, said: “The flexibility provided in our newbuilding program is one of the crucial elements to how we can better manage our fleet and operations in such a dynamic and challenging industry.

“Not only was the time factor a challenge, but the actual engineering feat in building the world’s largest containerships for the first time within the given period while incorporating the best and latest innovation and technologies is a monumental project not to be underestimated.”

OOCL's partnership with SHI began in 1995 when it built the first 4,960 TEU containership, named OOCL Hong Kong, at the shipyard.

Over the past ten years, there has been explosive growth in the size of ships in general and containerships. Learn how to manage the new vessel sizes by reading the 'Using Full-Mission Ship Simulation For Ultra Large Container Vessel Feasibility Studies' technical paper by Glen Paine, Executive Director of the Maritime Institute of Technology and Graduates Studies, the Pacific Maritime Institute and The Maritime Conference Center

In the following years, OOCL collaborated on more than fifty newbuilding projects.

In his ceremonial address, Tung expressed that the celebration also marked the start to an optimistic new year, with the industry seeing a much healthier global economic environment “not seen in many years since the 2009 financial crisis”.

He also touched upon the positive actions of various governments around the world due to the support from growth momentum with policy agendas to boost trade and economic cooperation.

Tung added: “In addition to China’s leadership in the One Belt One Road Initiative to help bring markets closer together and opening new opportunities for trade, another policy agenda closer to home is the signing of the Hong Kong-ASEAN Free Trade Agreement just last November.

“Once ratified, the new FTA arrangements will not only open opportunities for trade growth, but also facilitate more effective and efficient trade links through the elimination of import duties and streamlining of regulations that would inevitably help improve supply chain flow over the long run.

“In our industry, speed is of essence and we are very excited to see these kinds of policy directions pushing forward.”

The OOCL Indonesia will be serving the Asia-Europe trade lane on the LL1 service.