ONE Apus container catastrophe highlights potential drone use in ports 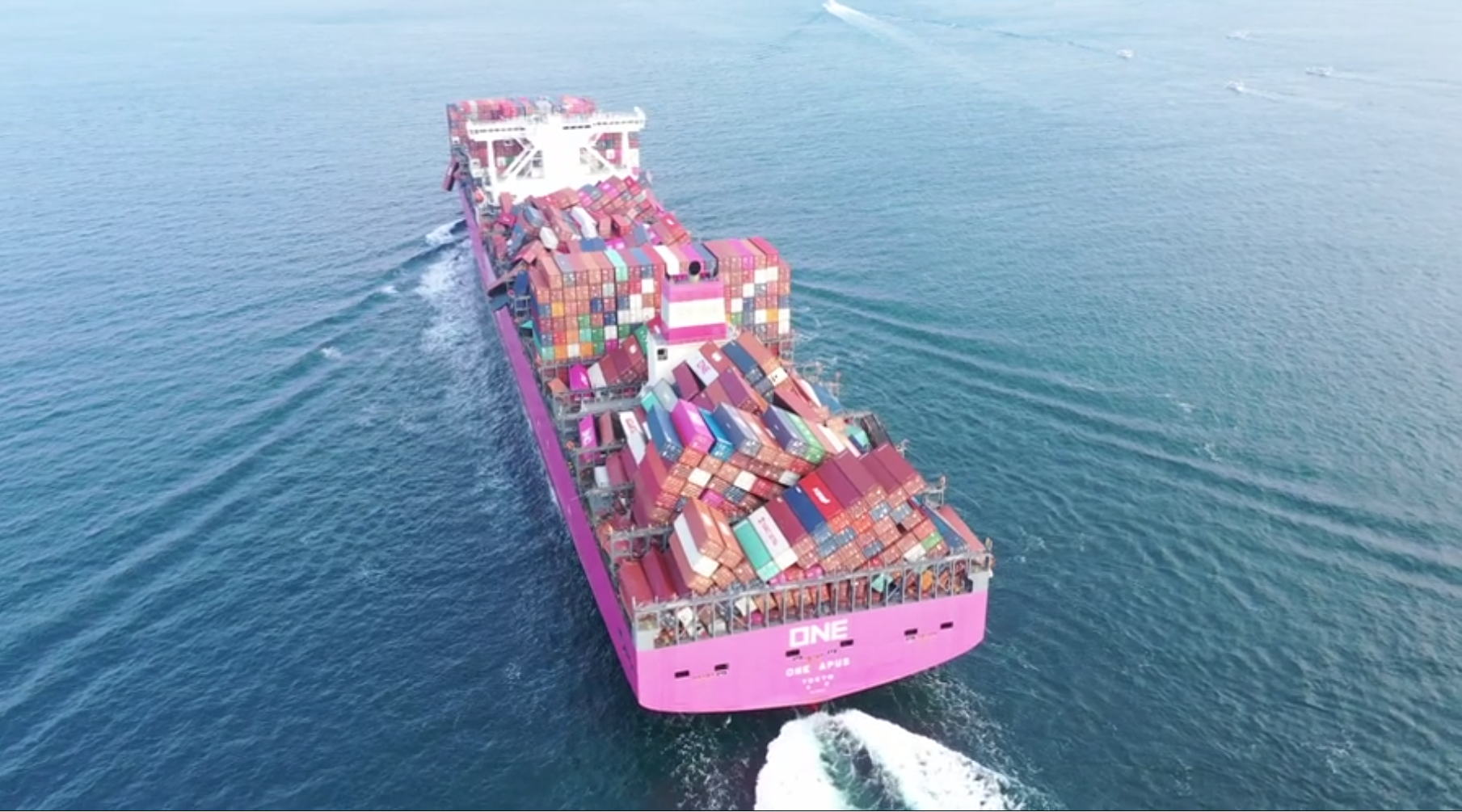 The COVID-19 pandemic has pushed forward the use of drone technology in the maritime sector and early signs suggest it is proving successful.

That is the view of law firm WK Webster, which said restrictions imposed by governments have made remote surveys even more necessary, particularly in inspecting the loss of containers from vessels such as with the ONE Apus.

Speaking to Port Technology International, Mark Allison, Director, Maritime Law at WK Webster, said the incident with the ONE Apus presented the “perfect opportunity” to demonstrate the value of drone inspections.

“COVID restrictions have necessitated remote surveys and inspections, whether that be by drone or via a video link,” Allison said.

“Not only has the drone footage given a very stark overview but it has allowed initial technical investigations and review to commence with a view to identifying what may have gone wrong to allow such devastation.”

WK Webster, one of the world’s leading service providers in the settlement of cargo claims, released drone footage of the ONE Apus, which shows many containers dislodged from the stacks.

The vessel lost approximately 1,900 containers on the 30 November 2020 while travelling from Yantian, China to Long Beach. The loss of the containers, 40 of which were described as “dangerous goods” containers by vessel owner Chidori Ship Holding, is believed to have been caused by severely bad weather.

It is one of the biggest single container losses in recent years. In January 2019, the MSC Zoe lost approximately 270 containers in the North Sea, the contents of which washed up on the West Frisian Islands.

“It is not often there is an opportunity to really put a drone to such a valuable test as we have done with the ONE Apus,” Allison continued.

“The footage is indeed very valuable and may be the best evidence available for many months.”

The pandemic has caused many in the maritime industry to adjust to new ways of working, a substantial one being remote working.

For WK Webster this has meant surveying incidents like the ONE Apus offsite. Allison said the company’s remote drone-powered eSurvey has been very valuable and allowed it to continue inspecting maritime accidents throughout the pandemic.

“When surveyors have not been able to attend physical inspections, either due to travel restrictions or restricted site access, then we have been able to utilise technology to allow remote inspections, however there are still challenges as some platforms are allowed in some areas and prohibited in others.

“Our experienced surveyors have managed remote inspections from their office or home. They connect with personnel who are in-country and have site access.

“Those on site are guided what will be required of them in advance and then a live remote inspection is undertaken.

“Various platforms have been used to allow the inspections, such as Zoom, Teams, WhatsApp, Skype etc. Much depends on the location and corporate determination of permissible platforms. One company may ban the use of Zoom, other countries may prohibit the use of WhatsApp.”

“Damage reports have been prepared and these have been used to assess the claim quantum and validity. In summary, COVID has pushed forward the use of this technology and it has proved successful.”

Drones are becoming more prevalent in the maritime industry and are used for a variety of purposes as well as surveyance, such as flying packages of cargo from shore to vessels at anchorage, as has been demonstrated in the Port of Singapore.