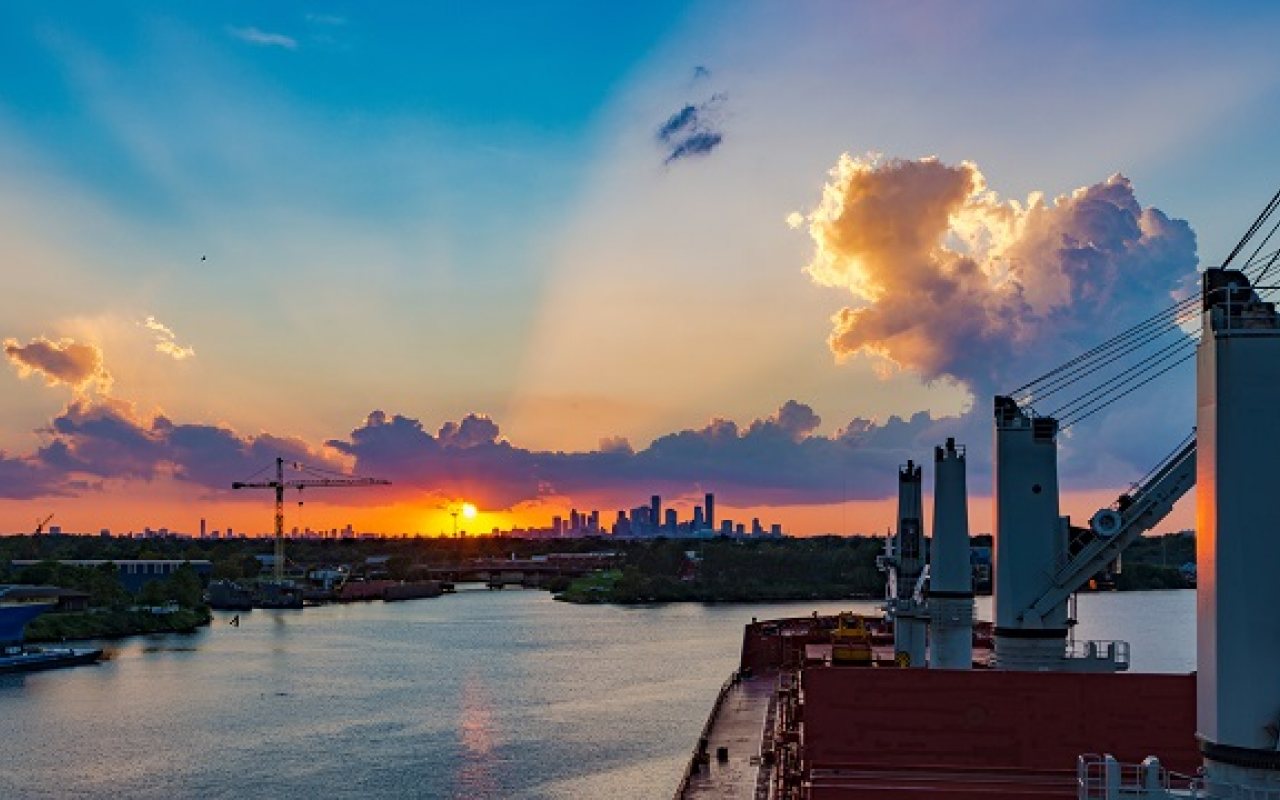 A collision resulting in the spillage of almost 4,000 barrels worth of crude oil across the Houston shipping channel has put nearly 15.5 miles of coastline at risk of pollution and hampered trade in the area.

On March 22nd, the US coastguard was alerted that a collision had occurred between two vessels travelling along the Houston shipping channel, which resulted in the contamination of canal waters with up to 168,000 gallons of viscous crude oil.

Kirby Inland-Marine immediately began emergency protocol and is now working in tandem with the USCG and the Texas general land office to clear the spillage as fast as possible.

The collision has resulted in a full-scale closure of one of the US’s busiest waterways, with 101 inbound and outbound vessels stuck in the channel as of yesterday, whilst two fully-loaded passenger ships were allowed clearance on the 23rd, to prevent major inconvenience.

As of yesterday, limited barge traffic has been granted freedom to move within the confines of the channel.

Furthermore, the Galveston Bolivar ferry has been granted permission to run.

Nevertheless, the spill could not have come at a worse time. A number of bird sanctuaries are located along the coast of the Bolivar Peninsula, currently bustling with nearly one hundred species of bird currently nesting or breeding during the spring migratory season.

Nearly 50 birds have needed treatment since the spill, and up to 10 birds have died as a result of the spill.

Four rehab centres for the treatment of animals affected have been set up along the coastline.

In order to counter and reduce any further damage from occurring, nearly 750 crews and volunteers have been scouring the waters along the coastline to remove any tar-like bubbles collecting on the surface.

Workers at Galveston’s eastern beach have set up a number of metal posts coated with absorbent material to absorb the tar, whilst several refineries have been continuing in the clean-up act, and deterring the birds from landing in the waters for their own safety.

Booms have also been lain out across the more sensitive areas of the canal.

However, officials now believe that the oil slick is drifting away from the shoreline, out of the channel into the Gulf of Mexico and Matagorda Bay, which should limit the impact on the bird habitats in the area, with plans already in play to place equipment and personnel around the bay to deal with any further damages.

But it is not yet known what the full extent of the damages is. Speaking to CNN, Doug Rader, a member of the non-profit based Environmental Defence Fund stated that “in the early stages of this spill, much remains unknown.

“But for shrimp, blue crab, menhaden and other marine life, which rely on the bay as an essential nursery, further investigation and long-term monitoring within the footprint of this spill is necessary.”

Further disaster struck later in the week, when a BP refinery also experienced a leak; spilling oil into Lake Michigan on Monday.

Whilst it has been reported that the leak has been stopped and contained, there is yet to be an estimate of the number of gallons spilled or of the damage to the lake, however the Environmental Protection Agency have stated there are no negative effects on drinking water at this stage.

Clean up operations continue in both areas.