Oakland stands ‘open for business’ with infrastructure and labour upgrades 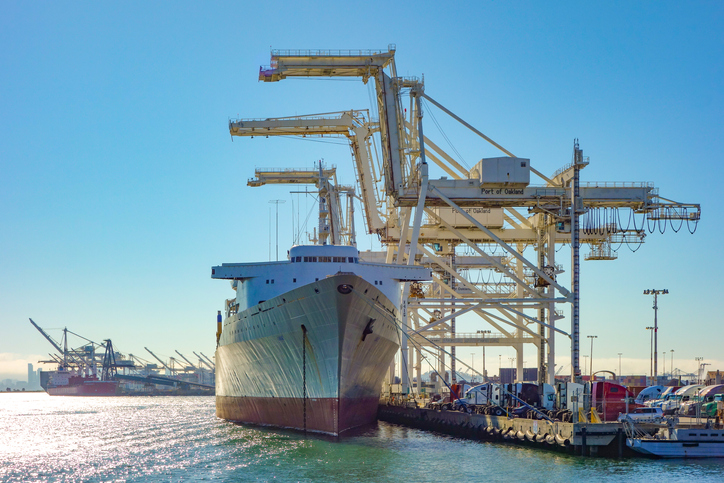 The Port of Oakland, one of California’s principal gateway for international containerised cargo, has boosted its infrastructure and labour capabilities after securing several first-call vessel services in recent months.

Since the beginning of 2021, the Port of Oakland has secured four first call services and regained a key Asia ship route that it was cut from in 2019. This comes partially as carriers seek to avoid the current congestion crisis at ports in southern California and has overall lead to the port to expecting a 5% to 7% increase in volume by the end of the year, in comparison to 2020.

In a recent interview with PTI, Andrew Hwang, Manager of Business Development and International Marketing at the Port of Oakland, explained that to accommodate the increased number of vessels docking at the port, the port has made adjustments to boost its infrastructure and labour capabilities.

Hwang specifically cited the recent additions to the port’s equipment: in early 2021 it received three ultra-modern cranes at the Oakland International Container Terminal (OICT), and at the start of October received an ultra-modern large crane which has commenced operations at EverPort Terminal.

“These large cranes allow for much more efficient operations, particularly with larger sized vessels around the 15,000 or 20,000 TEU class with the longer booms. With the higher clearance, we are able to work the ships in a much faster fashion, also we are able to load more containers onto the vessels,” he said.

Additionally, after experiencing issues at the beginning of 2021 stemming from a lack of labour on the waterfront, an agreement was drafted to elevate 300 casual employees to permanent employment status. These individuals have been training since April 2021 and should be fully trained by the end of the year.

Another 950 individuals are also in the process of being recruited for the casual labour pool to further benefit the port’s container handling capabilities.

“This increase in labour has already allowed us to see the effects of making sure that we have enough people to work the vessels as they arrive and has been one big contributing factor as to why we’ve been able to whittle down the backlog that we had to a point right now where we have zero vessels waiting to berth,” continued Hwang.

One further upgrade sees the port install a new Freight Intelligent Transportation System (FITS) which utilises a suite of 15 technologies, with hardware installed throughout the port to manage traffic flows and to understand how cargo is moving in and out of the port. This is expected to go live in Q3 of 2022.

“From a long-term perspective, this will allow us to better manage volumes, but right now we have no berthing delays. We have labour, which is ready to work, and we are ready to go.”

While predicting that container volumes may not return to pre-COVID-19 levels until near the end of 2022, the port expects carriers to continue to recognise the value of the Port of Oakland and will reinstate the hub on their respective services, just as the Network Ocean Express (ONE) did with its PS5 service.

“The PS5 service is one of the first examples of the carrier starting to realise that they will need to come back to Oakland. We have no congestion, and we stand ready to help out on the congestion on the west coast.”