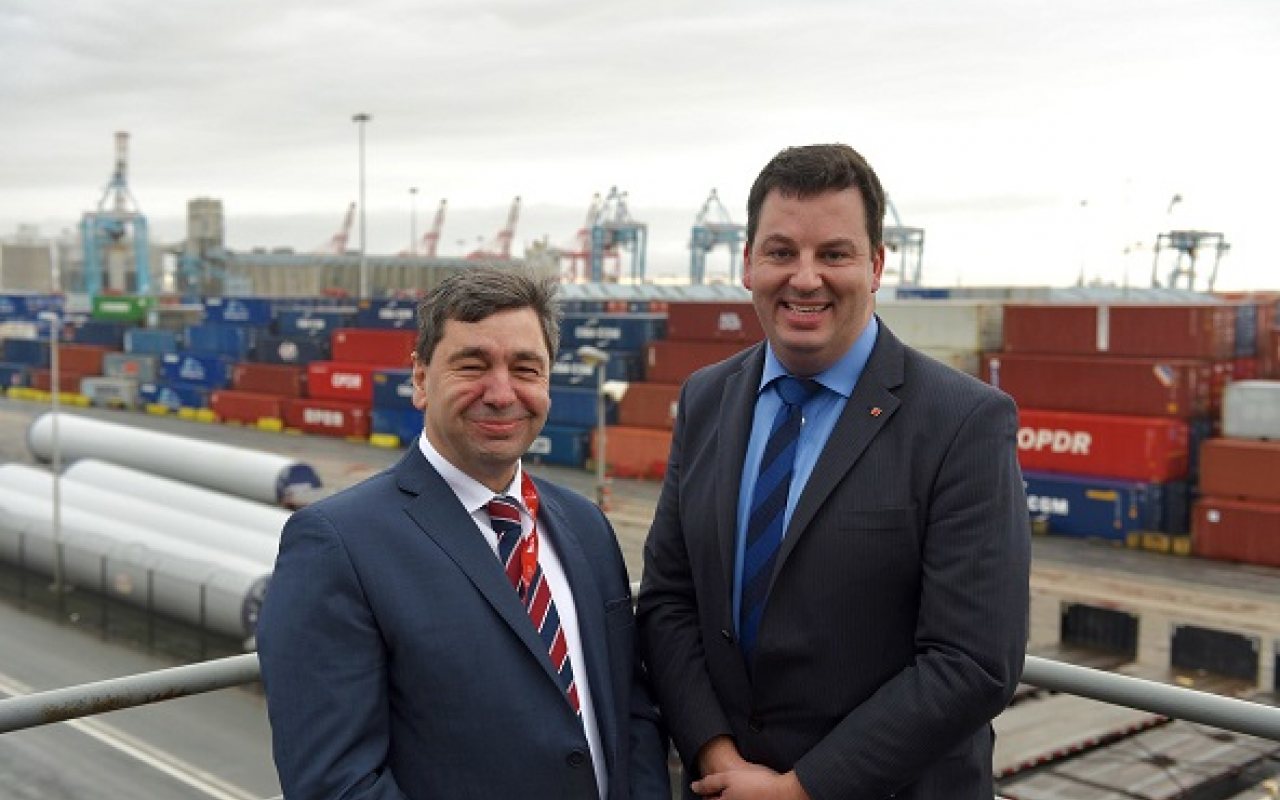 Peel Ports, the UK’s second largest port group, is building a new network to grow the UK’s Northern economy through support from partners in the Northern Powerhouse programme.

The inaugural meeting of the Northern Powerhouse partnership at the Port of Liverpool yesterday (December 8) saw 40 leading businesses, including Atkins, Barclays, Deloitte, Drax, Siemens and Vodafone, discuss topics such as transport and connectivity, the government’s industrial strategy and quality of life improvements.

It was followed by a tour for delegates of the £400m Liverpool2 container terminal, which was opened at the start of November by Dr Liam Fox MP, Secretary of State for International Trade.

Mark Whitworth said: “We have made a significant investment in facilities, including the Liverpool2 terminal, providing exceptional business opportunities for the city region and indeed the wider North-west.

“I’m very pleased that the Minister appreciates the contribution the maritime sector makes to the economy and the importance of continued public investment in road and rail infrastructure to support private sector growth.”

The UK Government’s plan to boost economic growth across the north of England, a region of over 15 million people, aims to draw on the strengths of the regions, cities, towns and rural communities to drive the development of a Northern Powerhouse, creating an economic counter-balance to London and the South-east.

Percy said: “We are determined to back business growth across the Northern Powerhouse to create an economy that works for everyone. We have some of the best businesses and talent in the world.

“So I’m delighted that Peel Ports and over 40 leading businesses are signed up and raring to go to make the most of all the region has to offer, in a real show of force for the North.

“Our new dedicated Northern Powerhouse website allows potential investors to see what fantastic opportunities there are in the North and showcase all it has to offer.”

In June, Peel Ports endorsed a call by leading think tank, IPPR North, for closer co-operation between ports, supply chain operators and logistics companies based in the north of England to nurture vital economic sectors and take advantage of global opportunities.

Peel Ports handles 65 million tonnes of cargo every year, which is around 13% of the total UK major ports traffic. Over 35 shipping line services (from 26 shipping lines) call through its network of ports every week. Headquartered in Liverpool, it employs around 1200 staff, and had revenue of £632m and EBITDA of £195m for the year ending 31 March 2015.

In October this year, senior business and political figures warned that the Government’s Northern Powerhouse agenda is essential for the whole of the UK economy at a fringe meeting at the Conservative Party Conference.