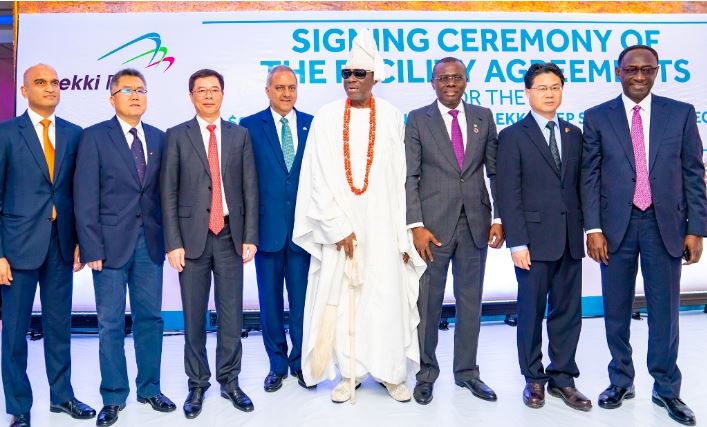 The Nigerian State of Lagos has announced it has signed a series of agreements with the China Development Bank (CDB) and the China Harbour Engineering Company (CHEC) to accelerate the building of the Lekki Deep Seaport.

The deal will include a US$629 million financing facility and see CHEC assume a 45-year concessionary agreement with Lekki Port Free Trade Zone Enterprise Limited (LPLTZ) to complete Phase 1 of the deep seaport project.

Once completed, the deep seaport would have two container berths of 680-meter long and 16.5-meter water depth. It will also be able to handle the fifth generation of container ships, which have a capacity of 18,000 TEU.

After Phase 1, the port will have an annual capacity of 1.2 million TEU, which will increase to 2.5 million TEU once Phase 2 is completed. The Lekki seaport project was initially launched in 2011.

Biodun Dabiri, Chairman, Lekki Port Board, said that the development would an “immense impact” on Nigeria’s economy, to the tune of $350 billion in revenue and 200,000 jobs.

“The loan facility represents a significant milestone, which when combined with foreign direct investment of $230 million through equity injection by CHEC, will ensure a successful delivery of the seaport and reposition Nigeria as the transshipment hub in sub-Saharan Africa upon the conclusion of the second phase,” he said>

“The project is strategic for the economic growth of Lekki Free Zone, as it would support the massive industrial and petrochemical complex being embarked on in the Northern and Southern quadrant of the zone with investment over the next three years peaking at over $20 billion.

With Lekki Airport in view, there will be an emergence of a Harbour City which would be internationally connected by air and also with world-class integrated transport network of roads, rail and bridges.”