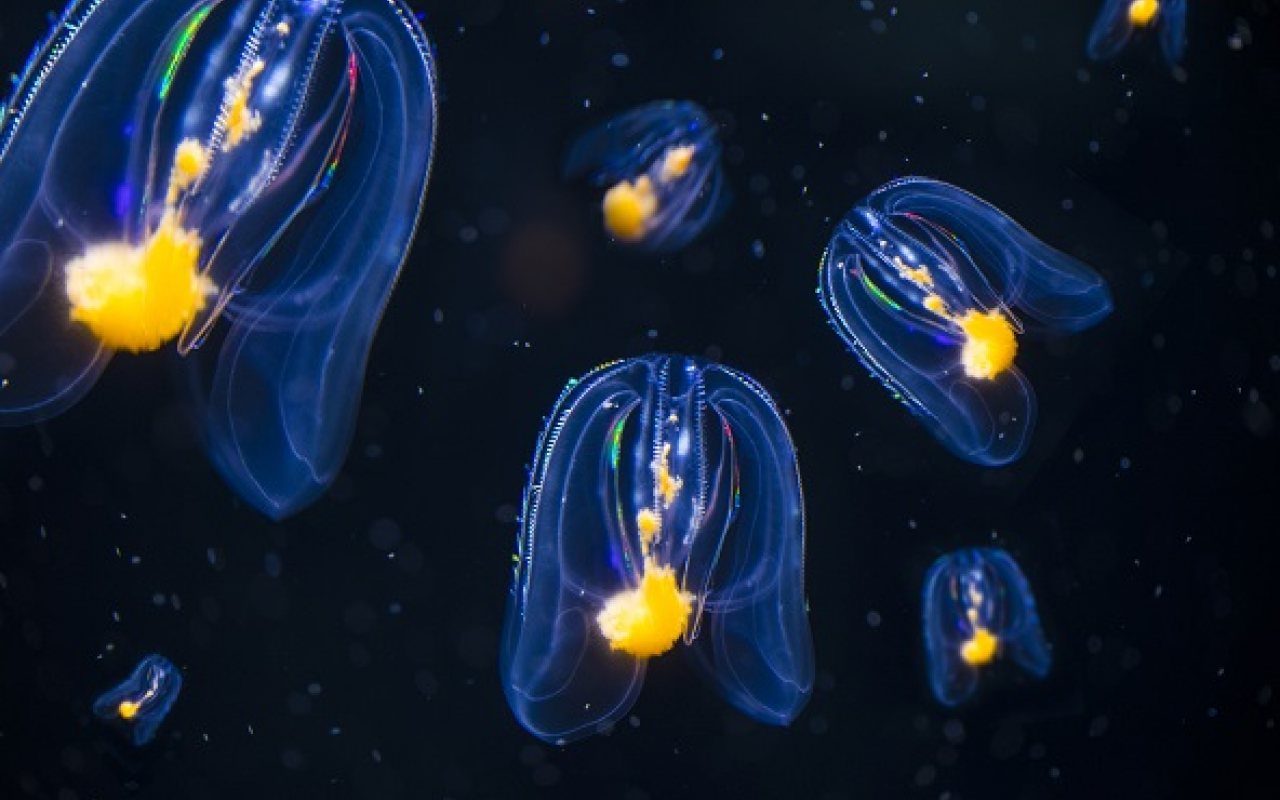 A key international measure for environmental protection that aims to stop the spread of potentially invasive aquatic species in ships’ ballast water is entering into force today (September 8, 2017) after development by the International Maritime Organization (IMO).

The International Convention for the Control and Management of Ships' Ballast Water and Sediments (BWM Convention) requires ships to manage their ballast water to remove, render harmless, or avoid the uptake or discharge of aquatic organisms and pathogens within ballast water and sediments.

Ships take on ballast water for stability and structural integrity.

It can have thousands of aquatic microbes, algae and animals, which are then carried across the world’s oceans and released into ecosystems where they are not native.

An example of an invasive species that has made its way to another ocean through ballast water is the ctenophore, a stingless jellyfish-like animal (pictured above).

It made its way to the Black Sea in 1982 and has since spread to the Caspian Sea and multiplied to form immense populations that have contributed to the collapse of local fisheries.

The Ballast Water Management Convention requires all ships in international trade to manage their ballast water and sediments, according to a ship-specific ballast water management plan.

All ships must carry a ballast water record book and an International Ballast Water Management Certificate.

Initially, there will be two different standards, corresponding to these two options.

The D-1 standard requires ships to exchange their ballast water in open seas, away from coastal waters.

By doing this, fewer organisms will survive and so ships will be less likely to introduce potentially harmful species when they release the ballast water.

D-2 is a performance standard which specifies the largest number of discharged organisms, including specified indicator microbes harmful to human health.

An implementation timetable for the D-2 standard is based on the date of the ship's International Oil Pollution Prevention Certificate (IOPPC) renewal survey, which takes place at least every five years.

Eventually, all ships will have to conform to the D-2 standard. For most ships, this involves installing special equipment.

It adopted the BWM Convention in 2004.

IMO Secretary-General Kitack Lim, said: “This is a landmark step towards halting the spread of invasive aquatic species, which can cause havoc for local ecosystems, affect biodiversity and lead to substantial economic loss.

“The requirements which enter into force today mean that we are now addressing what has been recognized as one of the greatest threats to the ecological and the economic well-being of the planet.

“Invasive species are causing enormous damage to biodiversity and the valuable natural riches of the earth upon which we depend. Invasive species also cause direct and indirect health effects and the damage to the environment is often irreversible.

“The entry into force of the Ballast Water Management Convention will not only minimize the risk of invasions by alien species via ballast water, it will also provide a global level playing field for international shipping, providing clear and robust standards for the management of ballast water on ships.”

Read more: The Chairman of the International Chamber of Shipping has called for shipowners, equipment manufacturers and governments to collectively spend US$ 100 billion

ICHCA International has chosen the International Maritime Organization (IMO) as the first recipient of the John Strang A.O. Memorial award