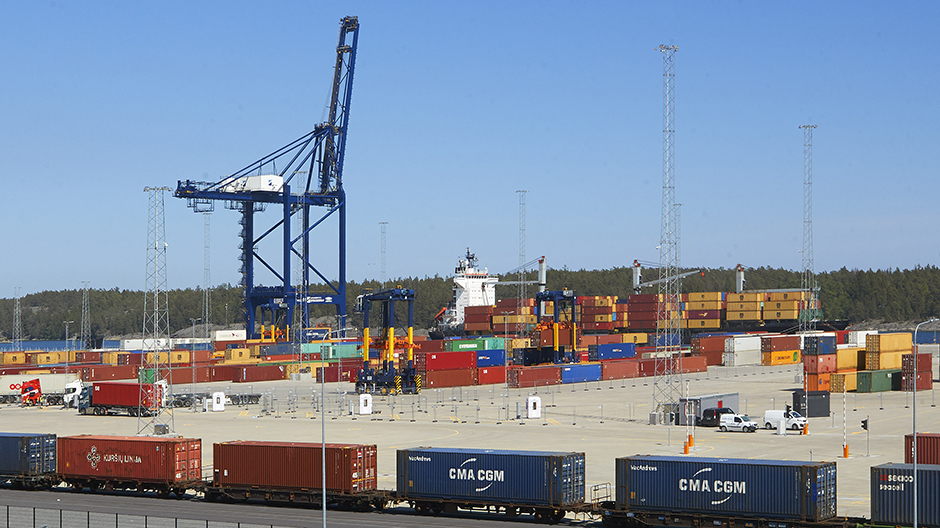 A new train service has been opened between Stockholm Norvik Port and the Eskilstuna Intermodal Terminal.

The service will operate five departures a week from January 2023.

This service, operated by TX Logistik, effectively offers customers a more sustainable and economical means of transport through connecting Stockholm Norvik to a larger railway network.

This includes closer connections to important central warehouses in Eskilstuna.

Stockholm Norvik serves as a key logistics centre for the Greater Stockholm region partly because of its short approach lanes and effective transportation links.

TX Logistik AB’s Sales Manager, Fredrik Abrahamsson, spoke on the launching of the new service: “Expanding our operations improves the preconditions for transport to and from Stockholm… it also demonstrates that railway transport is the solution for safe and environmentally friendly logistics.”

More destinations are available at Stockholm Norvik Port than at any other port along the Swedish east coast.

“Now we can offer customers new possibilities to transport both containers and trailers and lift over even more cargo from road transport to sea transport,” explained Claes Sörman from Eskilstuna Logistik och Etablering AB.

Marketing Manager Cargo at Ports of Stockholm, Nicklas Ebersson, added: “Now we can offer both our container customers and our RoRo customers a transport solution that is both sustainable and cost-efficient.”

Stockholm Norvik Port opened in 2020 and is an important hub for sustainable intermodal transport.

Additionally, transport services from Eskilstuna Intermodal Terminal that extend beyond Oslo and travel into the entire Nordic market will be provided by the Nordic railway company, Cargonet, from April 2023.