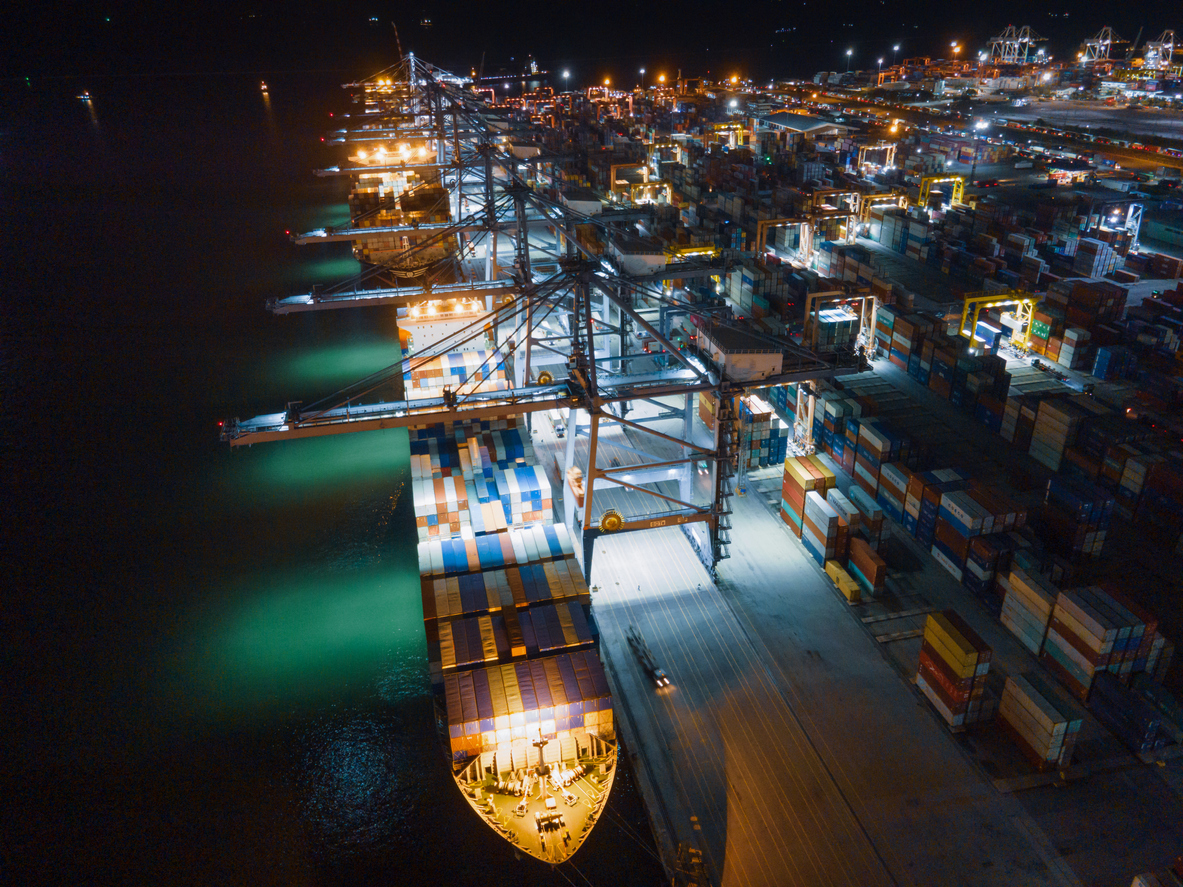 Many nations are being left behind in the race to digitalise port operations and a new report looks to raise awareness and provide a toolkit for these nations to begin their digitalisation efforts in earnest.

This new report has been launched by the World Bank and International Association of Ports and Harbors (IAPH) shows the need for better digital collaboration between private and public entities across the entire maritime supply chain.

The report, titled “Accelerating Digitalization: Critical Actions to Strengthen the Resilience of the Maritime Supply Chain”, describes how collaborative use of digital technology can help streamline all aspects of maritime transport, from cross-border processes and documentation to communications between ship and shore, with a special focus on ports.

COVID-19 has emphasised the risks ports face from technological inefficiencies, which are caused by lack of a high level of integration between devices, agents and activities at ports.

Speaking to PTI ahead of the report’s release, Martin Humphreys, Global Lead for Transport Connectivity and Regional Integration at the World Bank, said countries are already experiencing inefficiencies and higher costs because of the asymmetry experienced, their location or physical geography could be left even further behind.

With the north/south divide this could mean nations are disadvantaged further.

“In very general terms, we’re talking about the need to start the digitalisation agenda,” Martin Humphreys, Global Lead for Transport Connectivity and Regional Integration at the World Bank.

“We were delighted when the IAPH reached out to us to collaborate with them to draw on the knowledge, expertise, and best practice that’s available within their constituency,” Humphreys said.

“From the outside it’s about raising awareness of the risks and the issues among decisions makers, both internally and externally, to build stakeholder commitments to address this issue at the highest level within our client countries,” he said.

It is widely acknowledged that digitalisation, removing what, in many cases, is still a physical, paper-based interaction, enhances resiliency to crises like the COVID-19 pandemic.

“In very general terms, we’re talking about the need to start the digitalisation agenda,” Humphreys said.

Digitalisation will help countries, such as those described, participate more fully in the global economy which will ultimately lead to better development outcomes.

This issue of the lack of digitalisation becomes stark when considering the FAL Convention from the International Maritime Organization (IMO). FAL makes it mandatory for ships and ports to exchange FAL data electronically and encourages the use of the single window concept, in which all the many agencies and authorities involved exchange data via a single point of contact.

The FAL Convention is indeed broader in scope than electronic data interchange.

“For the common good, we must focus on establishing an institutional framework to drive change management and provide capacity building and financing to support port communities in developing viable solutions,” Pascal Ollivier, Chairman of Data Collaboration Committee, IAPH.

A recent IAPH survey reveals that only a third of over 100 responding ports comply with that requirement. The number of ports adhering to that requirement could indeed be lower as not all ports responded to the survey.

“What they are saying is the main barriers for them to do the implementation is the legal framework of I.S.O standards, which has the IMO standard as a mandatory requirement, and the multi-stakeholder collaboration because in some cases government agencies were fighting against each other not to go digital and to maintain the status quo at the port,” explained Pascal Ollivier, Chairman of Data Collaboration Committee, IAPH.

“You know, so you may have a standard, but how many standards in our world are not implemented?” he questioned.

“What we are saying is that standards are insufficient by themselves, what is paramount is the implementation of standards.  For example ISO/IEC 27001 is a security standard since 2005  that formally specifies an information security management system,  yet how many companies or ports are ISO 27001 compliant? Our report demonstrates the paramount need of an institutional framework to implement standards“

The IAPH and World Bank are trying to tackle the implementation of good practices for the institutional framework and the creation of such a framework.

With this there needs to be trust between both the public and the private sectors in these countries, Ollivier said.

One way in which some of these issues are being dealt with is through national trade facilitation committees which were set up following the World Trade Organisation’s Trade Facilitation Agreement, launched in 2017.

“Building trust is key but it needs to be within a legal framework,” he added.

“For the common good, we must focus on establishing an institutional framework to drive change management and provide capacity building and financing to support port communities in developing viable solutions,” Ollivier said.

Speaking about the next steps for the two organisations following the release of the report Humphreys said, “It’s not just a question of raising awareness. It’s responding to the requests for help and how we can help.”

Maritime transport carries over 90% of global merchandise trade, totalling some 11 billion tons of cargo per year. Digitalising the sector would bring wide-ranging economic benefits and contribute to a stronger, more sustainable recovery.