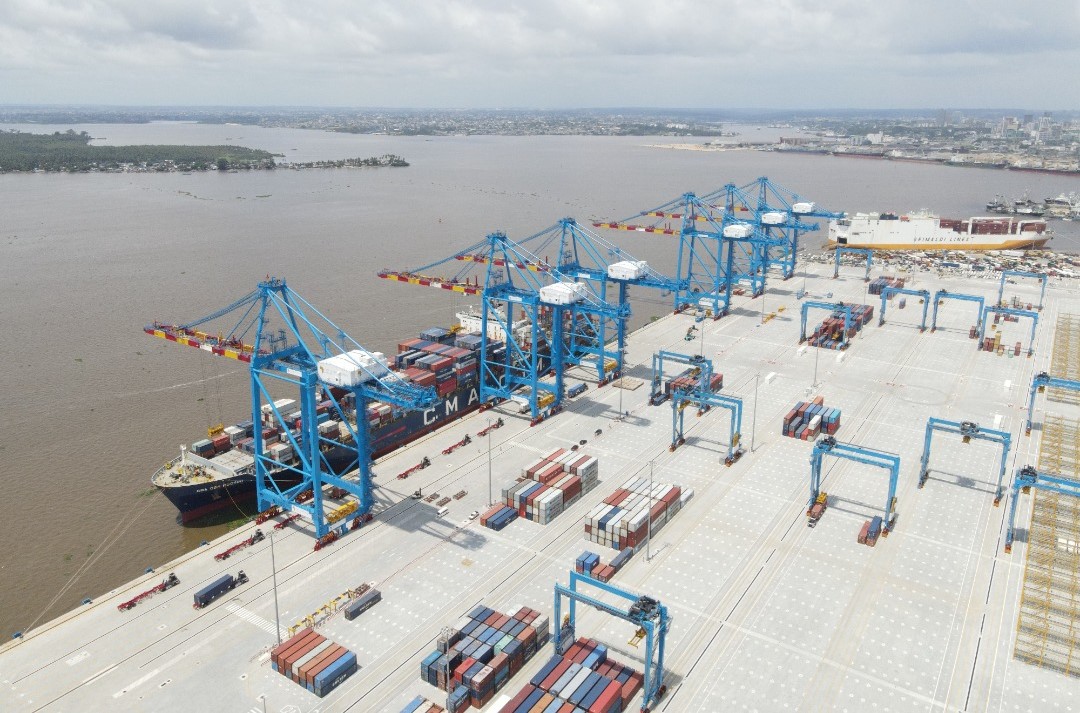 Côte d’Ivoire Terminal has officially launched the commercial activities of the new container terminal of the port of Abidjan.

Activities commenced on 2 November with the arrival of the CMA CGM ROSSINI vessel, measuring 267 metres long and 40 metres wide, and transporting 5,770 TEU.

The launch of the activities of the second terminal comes after successful tests in mid-October 2022.

Bolloré Ports, APMT and the Côte d’Ivoire government launched the construction work of the container terminal in 2020.

Representing an investment of CFA262 billion ($392.5 million), the new container terminal will be able to process over 1.5 million TEU containers a year and welcome ships with a draught of 16 metres on 1,100 metres of wharves.

Its commissioning is expected to increase trade between Côte d’Ivoire and the sub-region and strengthen the Côte d’Ivoire/Burkina Faso/Mali corridor.

“For two years, we have been working to build this new container terminal in order to provide the Port of Abidjan with an infrastructure that meets international standards and is capable of supporting the growth of traffic while preserving the environment.”

The new infrastructure introduces several innovations, including automated gate management and an online appointment system to facilitate the delivery and collection of containers.

Hien Yacouba Sié, Managing Director of the Autonomous Port of Abidjan, praised the achievement as the new project “will contribute to the long-term repositioning of the Port of Abidjan as a key logistics platform on the West African coast”.

Côte d’Ivoire Terminal will also be one of the next terminals to obtain the Bolloré Ports Green Terminal label from Bureau Veritas.

The simulator will be made available to its Pan-African Port Training Centre (CFPP) in Abidjan.