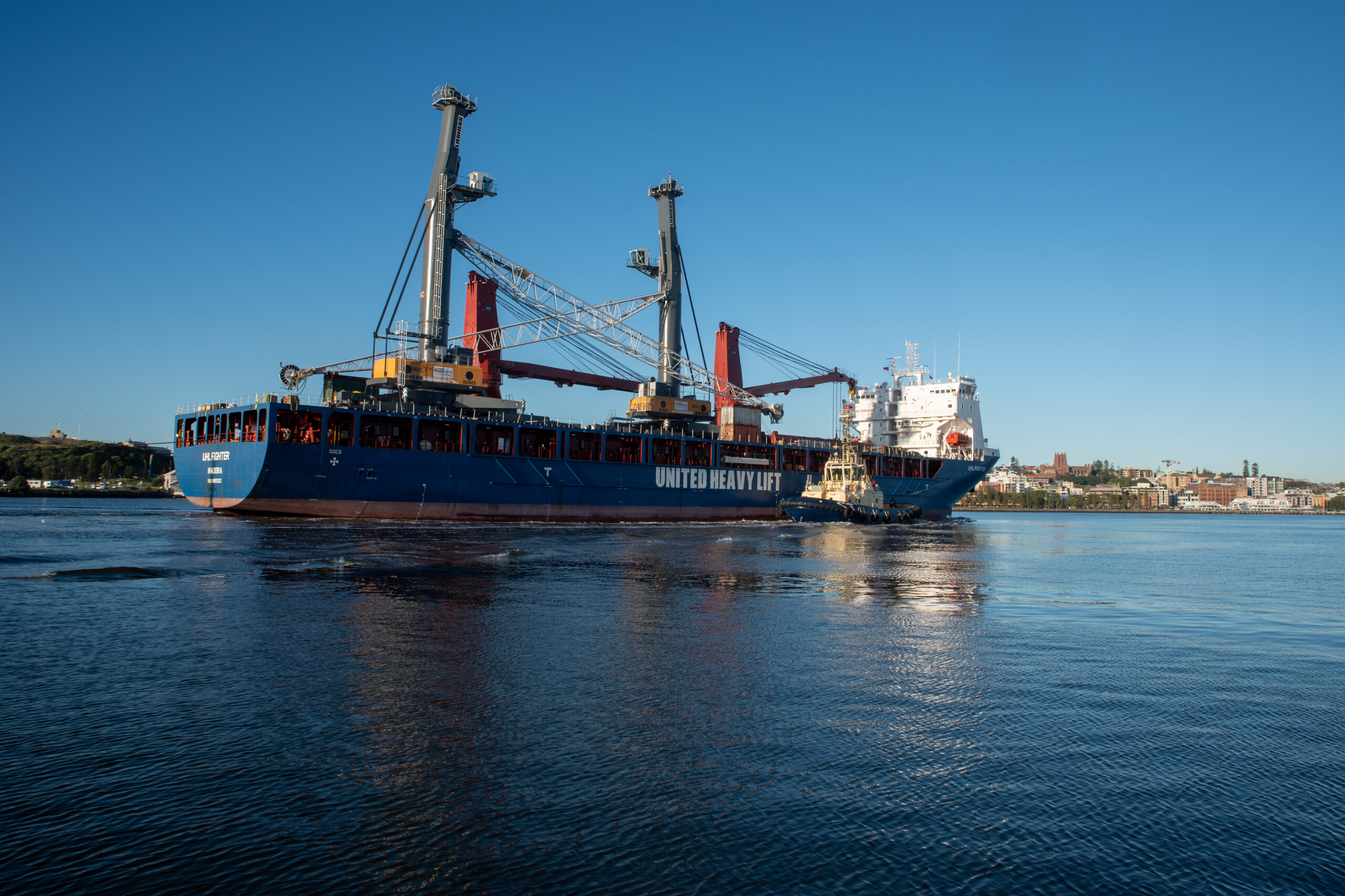 Port of Newcastle has taken delivery of two Liebherr mobile harbour cranes at its Mayfield 4 berth as part of a AU$28.4-million ($19.6 million) investment drive to expand handling capacity.

The German-built LHM 550 cranes sailed into Newcastle Harbour on 2 August onboard general cargo ship UHL Fighter, after leaving the Port of Rostock in late June.

They also have the capability to work in tandem for heavy lifts and lift two 20 foot or one 40 foot container in a single move.

Port of Newcastle’s mobile harbour cranes will undergo testing over the coming months and are expected to begin operations in September.

“Industry has been very clear – they don’t want to have to pay more to send their container exports to Port Botany or Port of Brisbane when they could be taking advantage of Port of Newcastle’s enviable road and rail network and potentially save millions of dollars a year,” Carmody said.

“These two new mobile harbour cranes will allow us to move cargo and containers within the limits that the Port Commitment Deeds (PCD) bind us, so that we can give our customers a viable alternative.

“As a global trade gateway and the world’s largest coal export port, diversification isn’t an option, it’s a must, so we are taking what action we can while continuing to advocate for the removal of the PCD.”

Carmody went on mentioning the project for a new deepwater terminal at the port.

According to an independent analysis, a Newcastle deepwater container terminal would contribute AU$2.5 billion ($1.7 billion) to the national economy and generate more than 19,000 direct and indirect jobs, while reducing road and rail congestion and providing cheaper freight costs for regional importers and exporters.

Most recently, the Port of Newcastle added a new multipurpose sweeper vessel to its fleet to bolster dredging operations.