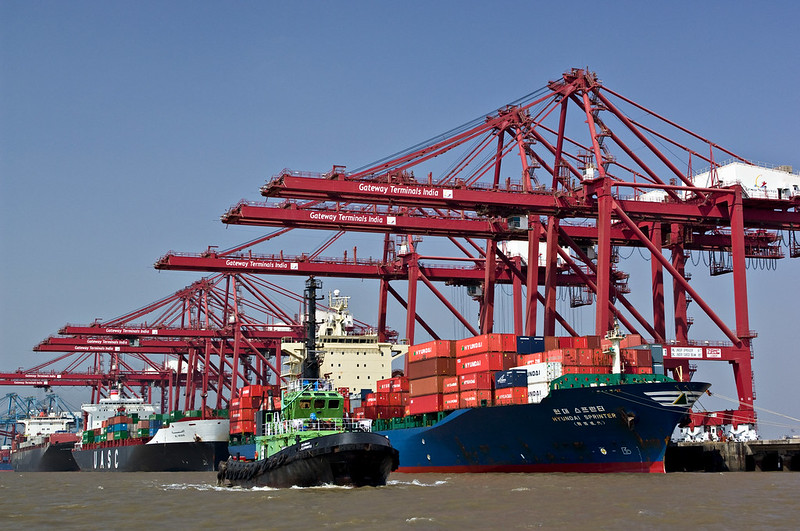 Sunay Mukerjee will take over the role previously held by Girish Aggarwal and become the new COO in Mumbai.

“He and his team have consistently delivered to our customers and spearheaded one the most successful implementation of LEAN methodology among our terminals.”

Girish Aggarwal joined A.P. Moller – Maersk in 2013 where, prior to leading GTI, he was the CFO for Maersk’s Global Shared Centres.

Before joining Maersk, he worked with Genpact, Ariba and Hindustan Unilever.

“I would like to thank Jakob for leading Pipavav since January 2019.  During his tenure, Jakob and the team heroically rebuilt the port from the devastating typhoon Tauktae, while in the middle of severe COVID-19 challenges,” added Goldner.

“Jakob also developed and advanced GPPL’s long-term strategy, including signing a Memorandum of Understanding for a concession extension, and creating a new port master plan containing a wide range of new business lines.”

Taking over from Girish Aggarwal in Mumbai as COO is Sunay Mukerjee, currently the COO in APMT’s Suez Canal Container Terminal, Egypt.

He joined Maersk over 19 years ago and has had leadership experience across Europe, India, Middle East, and Africa.

In May, APMT Pipavav reported financial results for the last quarter and full year of 2021 – posting a full year-on-year net profit loss of 11 per cent.