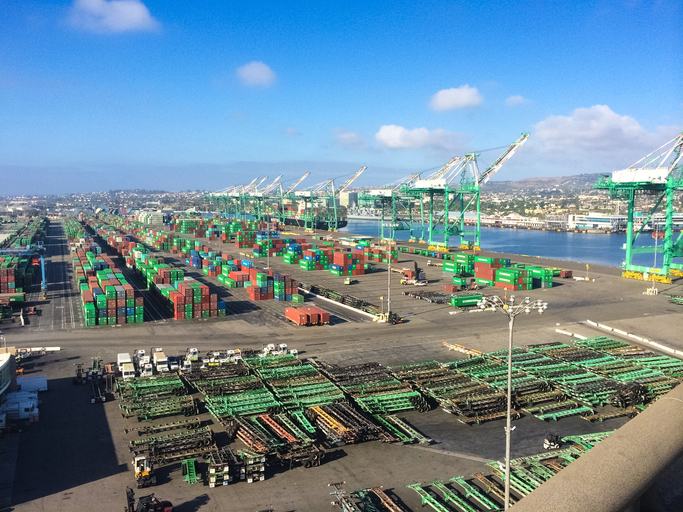 Hapag-Lloyd has said new draft legislation from the US Congress will not solve the crisis faced by US exporters after lawmakers put forward plans to force carriers to accept bookings from domestic businesses.

Speaking to PTI, Nils Haupt, Senior Director, Corporate Communications, Hapag-Lloyd said, “We believe that the recent legislative ideas circulated to the U.S. Congress will not solve these market-based pressures.

He explained that the because of the congestion caused by the surge in import demand it needs 20% more empty containers to keep up with cargo volumes.

Carriers such as Hapag-Lloyd have been accused by some in the US of breaking contracts with exporters and instead sending empty containers to Asia, where they can charge more for them.

This has been felt particularly by the agricultural sector and has led to some calls for the carrier alliance structure to be broken up.

The company was responding to accusations made by Congressman John Garamendi that carriers are “price gouging” and “discriminating” against US exporters.

“We are working on draft legislation to look at and provide the necessary regulation that be needed under certain circumstances, so there might be a proper balance in the free market system,” Garamendi said after Daniel Maffei, Chair of the  the Federal Maritime Commission (FMC), said there is little regulators can do with present legislation.

Garamendi said the new draft legislation will prohibit carriers from backing out of contracts to transport US exporters and force the FMC to make public all law breaches by carriers and subsequent penalties.

“What is happening is not fair or justified, unless you want to be a price gauger and take advantage of Asian exporters who are willing to pay almost anything for container space to the detriment of US exporters,” Garamendi said.

Speaking during the same hearing, Congressman Peter DeFazio called for action to protect the interests of US exporters and said there needs to be more financial support for the supply chain.

“The maritime supply chain is critical to America’s economy and national security, and that point could not be more evident than it is today.

“Sometimes it takes a major disruption to highlight vulnerabilities. For years, we’ve been warned of the fragility of this system, and I’ve continually pushed for investment in the maritime supply chain to increase productivity and enhance resilience.”

DeFazio said the average cost of transporting a shipping container has increased nearly 195% over the past year, which combined with rising consumer demand has meant exporters have struggled to keep up.

DeFazio also said that despite numerous rescue packages for other areas of the supply chain, there has been very little support for ports.

“We’ve passed the Maritime Transportation Emergency Relief Authority, but it failed to get funded and this could have mitigated the problems seen this year.”

A.P. Moller-Maersk was also contacted by PTI but is yet to respond.