NC Ports presses ahead with upgrade despite COVID-19 uncertainty 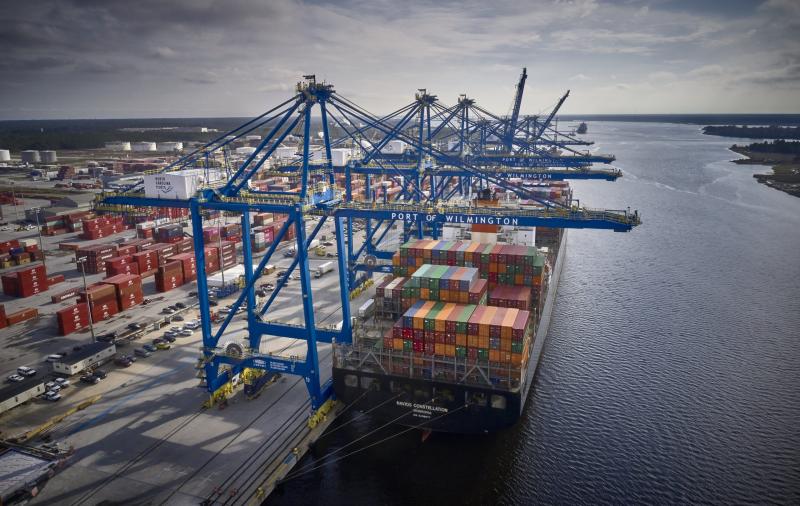 The North Carolina State Ports Authority (NC Ports) will continue with its expansion plans despite the uncertainty caused by the COVID-19 pandemic after it saw year-on-year (YoY) increases in volume in Fiscal Year 2020 (FY20).

In a statement, NC Ports said container volume through the Port of Wilmington in FY20 increased by 4% from FY19.

Furthermore, the Port of Wilmington recorded 36% YoY growth for general cargo operations, moving a total of 2.8 million tons of bulk and breakbulk cargo in FY20.

The Port of Morehead City also saw YoY increases in general cargo. A total of 1.1 million tons of bulk and breakbulk cargo moved through Morehead City, an increase of 2% over FY19.

“We were on pace for a record year in terms of volume before an influx of blank sailings due to COVID-19. Regardless, we are pleased NC Ports was able to push through this uncertainty and record a positive performance in FY20.”

The positive performance meant NC Ports can continue with its capital improvements plan, which includes increasing the Port of Wilmington’s annual capacity to more than one million TEU, as well as buidling a new container truck complex.

Furthermore, it will also continue to press forward with long-term navigational improvements to the Wilmington Navigational Harbor.

Shortly before the end of FY20, the Ports Authority received authorization from the United States Army Corp of Engineers for the Wilmington Navigational Harbor Improvement Project (WNHIP).

This project is aimed at deepening and widening the shipping channel. The project now sits with the United States Congress.