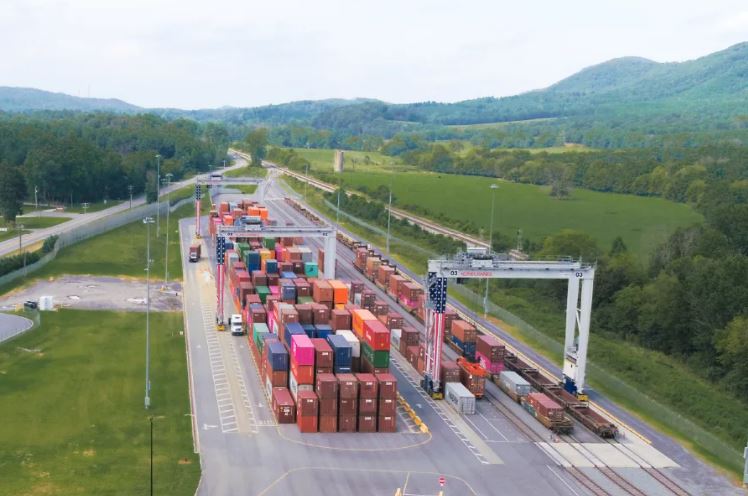 Navis has announced that the Georgia Port Authority’s (GPA) Appalachian Regional Port (ARP) has reached 260% growth and hit 27,132 lift moves, a record for its new terminal, by using its N4 TOS.

According to a statement, in 2020 the ARP has hit several key business and operational goals with support from N4. This year, ARP moved more than 48,000 twenty-foot equivalent container units, doubled its cargo to 5,601 in September and has confirmed plans to add six new storage bays by the end of the year, increasing TEU capacity at the terminal by 15,000 per year.

In addition to hitting several important milestones, ARP’s goals were to increase efficiency and streamline operations at the terminal for better results. Using N4 TOS, the ARP was able to integrate automated gate functionality, Expert Decking for more optimized yard planning and provide a user-friendly portal to its employees and customers through the technology.

The ARP was GPA’s first intermodal terminal when it opened in 2018 and chose Navis as its TOS partner to help it reach automation, rail business and expansion goals. The goal of the project was to provide a logistics solution inland that would fill a need in the area, grow the local economy and focus on sustainability efforts by taking trucks off long-haul routes and replacing them with rail services, according to Navis.

Due to the project’s success, the GPA’s on-dock mega rail project, Port of Savannah, will be running on N4 TOS when it is complete next year.

As the terminal scaled its operations, it added local jobs and attracted major companies like GE to open warehouses in the region, resulting in greater economic development for Georgia and an increase in demand at the terminal.

“Despite the pandemic, this year has been a record year for ARP. We have seen operational, financial and company growth and as a result, we currently have plans to increase capacity on terminal,” said Wesley Barrell, Terminal Manager at ARP.

“Navis has been a great partner to us and its TOS has played a significant role in our operational success. We are confident that Navis has the capabilities to handle our shifting business needs as we focus our efforts on further developing our intermodal operations in the near-future.”

Chuck Schneider, Chief Customer Officer at Navis, also commented: “GPA has an impressive record of success, reaching company and regional economic milestones, regularly. As a longtime GPA partner, we have been there to support their team as they build business models from the ground up on new sites, and are excited by their company’s vision for the future.”

“We are thrilled to provide N4 to support ARP’s operations and look forward to collaborating with their team on upcoming projects where rail will be a key driver of growth and success, to help them flourish for years to come.”