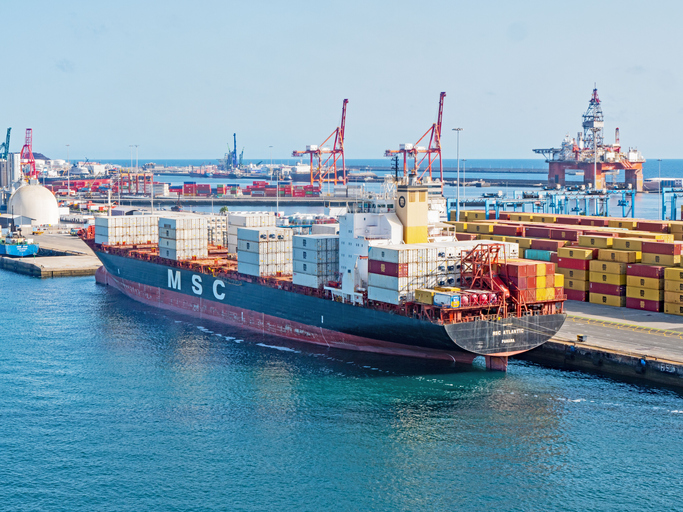 The past year has proven to be a particularly lucrative one for liner shipping due to solid contract rates and a strong Transatlantic market that has helped carriers remain profitable.

According to Alphaliner’s latest release, many carriers made an effort to expand their fleets to take full advantage of the unusually strong market.

MSC was once again the most expansionist among the big carriers in 2022, adding 321,500 TEU to their fleet capacity. This reflects a 7.5 per cent increase from the year prior.

MSC’s growth was mainly due to the shipping line’s continued acquisition of second-hand tonnage, which allowed the firm to overtake Maersk as the world’s biggest container line.

Maersk did, however, add six 17,000 TEU green containerships to fleet that can be fuelled on green methanol as part of a greater push to achieve its net-zero emissions target for 2040.

ZIM has been particularly active on the charter market since ending its cooperation with the 2M alliance partners on the Asia – Med, and Asia – WCNA routes which meant that the carrier needed some extra tonnage to maintain a strong presence in these trades.

The Haifa-based shipping line was the fastest growing carrier in the top 12 percentage wise, adding almost 120,000 TEU to its fleet, an increase of 29 per cent from the year prior.

Most of this extra capacity was chartered, including three 11,900 TEU newbuildings under long-term contracts.

Evergreen took delivery of no fewer than 20 newbuildings in 2022, including seven megamax ships for the Asia – Europe trades.

The 217,500 TEU of capacity that Evergreen received straight from the shipyards explains why the Taiwanese carrier was, in terms of percentages, the second-biggest gainer of 2022 at with a 12.5 per cent increase.

In absolute figures, CMA CGM recorded the second biggest fleet gain as it grew capacity by more than 225,000 TEU.

COSCO Group’s (including OOCL) fleet has shrunk for the second year in a row.

After having reduced capacity by 3.2 per cent in 2021, the Chinese group last year saw another 2.1 per cent decline in operated capacity in 2022.

At 885,000 TEU on the way, COSCO, however, has the industry’s second-largest vessel orderbook.

Apart from COSCO and Maersk, both ONE and HMM have also reduced their fleets, by 0.8 per cent and 0.4 percent, respectively.

Hapag-Lloyd’s 1.8 per cent growth remained below average, while Wan Hai grew in line with the market at 4.1 per cent.

Yang Ming’s fleet grew by 6.8 per cent as the carrier took delivery of five 11,860 TEU newbuildings.