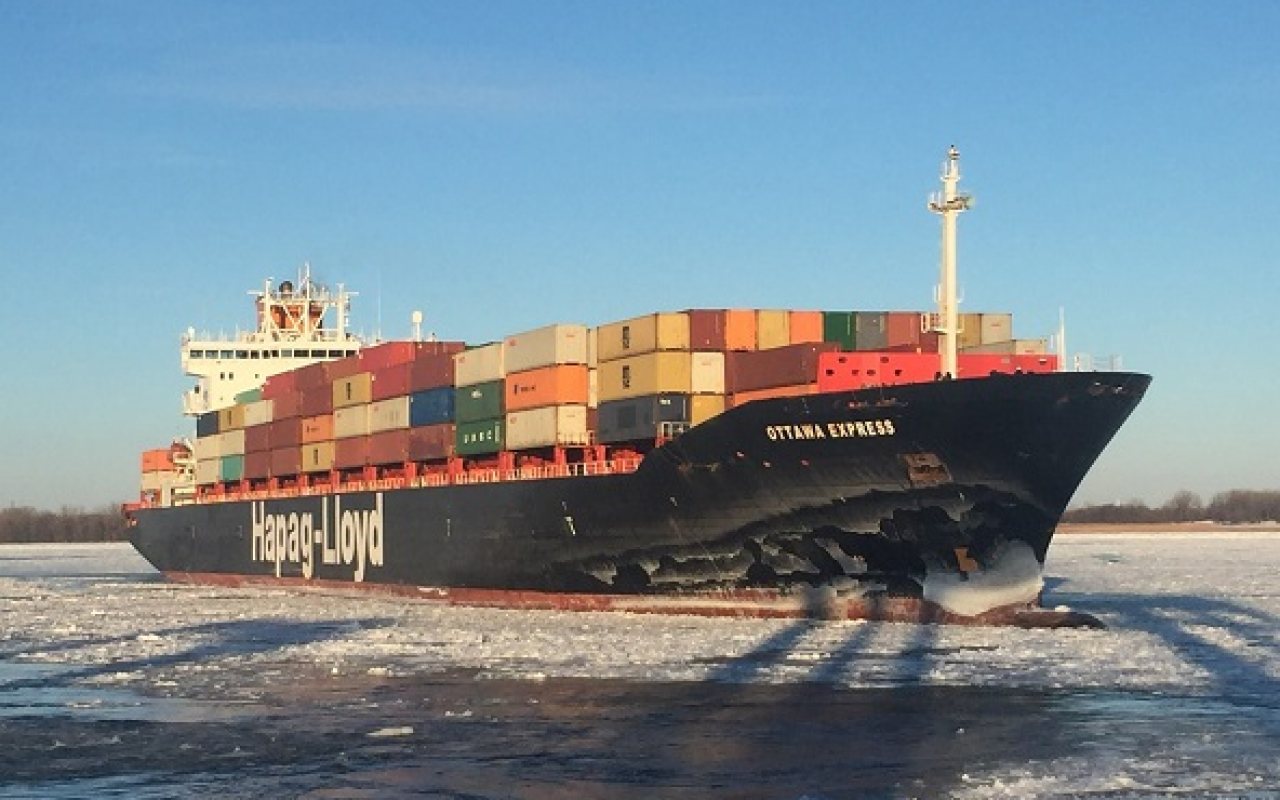 Montreal Port Authority (MPA) President and CEO Sylvie Vachon has awarded the famous Gold-Headed Cane to Captain Rakesh Kumar, an Indian national and Master of Hapag-Lloyd's Ottawa Express, for captaining the first ocean-going vessel to reach the Port of Montreal without a stopover in 2018.

As part of this ceremony, the Montreal Port Authority (MPA) reported another record year with close to 38 million tonnes of cargo handled in 2017, according to unaudited preliminary statistics.

Vachon  said: “I want to congratulate Captain Rakesh Kumar and the entire crew of the Ottawa Express, who braved the ice and cold on the St. Lawrence River to make it safely to their destination.

“The arrival of Captain Kumar and his container ship is a great reminder at the start of this new year that container handling is part of the Port of Montreal's DNA and has been growing here for over 50 years.”

The Gold-Headed Cane Ceremony, a tradition for 179 years, kicks off a new year of activity at the Port of Montreal.

In the past, the first ship arrived at the Port in the early spring, after the break-up and thawing of ice on the St. Lawrence River.

In present times, awarding the Gold-Headed Cane is a reminder that the Port of Montreal has been open year-round since 1964.

This event also let the MPA recognize the work of the Corporation of Mid St. Lawrence Pilots, Messrs. Alain Aubé and Gabriel Ross, who steered the ship safely to port.

Every year, the Port of Montreal also likes to recognize the work of one of the artisans of the Gold-Headed Cane.

This year, Vachon congratulated Urgence Marine for its contribution to the smooth functioning of port operations.

According to preliminary statistics, the Port of Montreal handled close to 38 million tonnes of freight in 2017.

This unaudited figure represents an increase of almost 7% in cargo traffic.

It is also a historic record for the Port of Montreal.

The MPA further advanced its development in 2017.

The new container terminal at Viau completed its first full year of operations.

It will make it possible to handle 600,000 twenty-foot equivalent units (TEUs) and provide $340 million in economic benefits annual along with 2,500 direct and indirect jobs.

In September, the MPA submitted its Environmental Impact Statement for its 1.15 million TEU container terminal project at Contrecoeur.

Vachon said: “This key project for the future of the container in Montreal and Quebec is based on the steady growth of containerized cargo in recent decades.

“It grew out of extensive dialogue and cooperative efforts with the local community.”

Read more: The Québec Port Authority has announced that it will invest in a $400 million project to build a new container terminal at the Port of Québec with the view to compete with US ports and leverage its location on the St. Lawrence–Great Lakes Trade Corridor