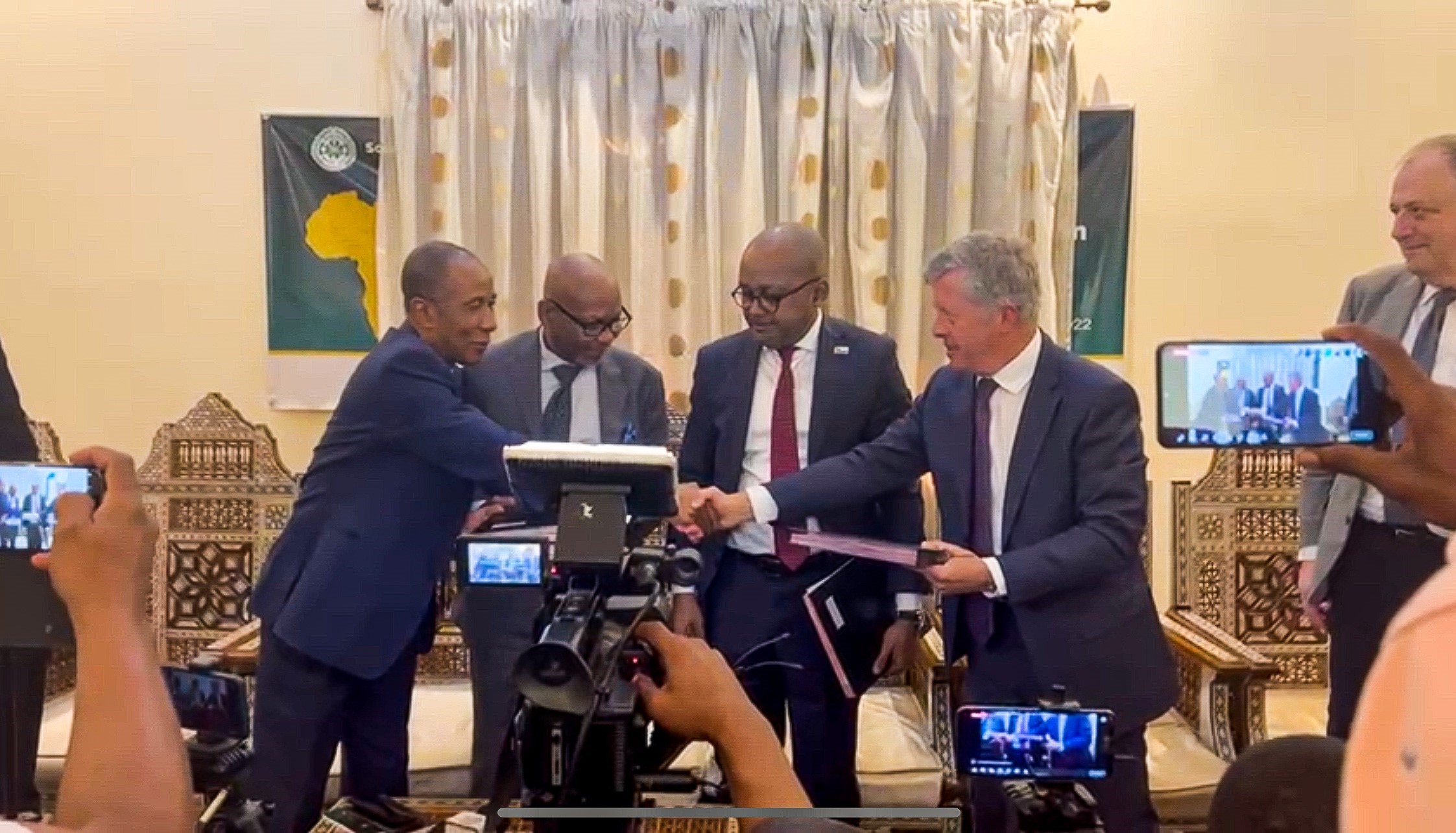 The Union of the Comoros and Moroni Terminal have amended their current concession agreement to invest 5 billion Comorian franc (CF) (€10 million) for the Port of Moroni container terminal.

The agreement will enable the continuation of modernisation of the infrastructure and equipment, and surveys will be launched with a view to extending the large quay at the Port of Moroni.

The amendment was signed by Bianrifi Tarmidi, Minister of Maritime and Air Transport, Mzé Abdou Mohamed Chanfiou, Minister of Finance, Budget and Banking, and Ahmed Ali Bazi, Minister of Economy, Industry, Investments, and Economic Integration, of the one part, and by Olivier De Noray, Managing Director of Bolloré Ports and Terminals, of the other part.

The signing of this amendment is in line with the “Comoros Emerging Plan” (Plan Comores Émergent, PCE) which formalises the 2030 development vision of President Azali Assoumani.

The plan is based on five strategic bases and aims to achieve a structural transformation of the Comorian economy and to finance the expansion of sectors likely to accelerate growth in the Comoros, including transport infrastructure.

“We are pleased that the amendment to the Moroni Terminal concession agreement has been signed today,” said Didier Vandenbon, Managing Director of Moroni Terminal.

“This is the beginning of a new phase, with new projects that we will implement. We will continue our investments to modernise Moroni Terminal with a two-fold objective: to improve the terminal’s productivity and to reinforce the positive impact of its activities on the Comorian economy.”

Olivier de Noray, Ports and Terminals Managing Director of Bolloré Ports, said: “The Union of the Comoros has embarked on a major programme to promote the country’s development by 2030.

“Our investment is in keeping with these objectives and will support the structural transformation of the Comoros economy by positioning Moroni Terminal as a strategic infrastructure for developing international trade and supporting its subsequent development.”

Moroni Terminal, a key player in the Comorian supply chain, has provided terminal handling services at the Port of Moroni since May 2012.

The company has already invested more than CF 5 billion (€10 million) to improve its operational capabilities. Between 2012 and 2021, the volume of containers handled increased by more than 20 per cent.