International accountant and shipping consultant Moore Stephens says total annual operating costs in the shipping industry fell by an average of 0.8% in 2014. This compares with the 0.3% average fall in costs recorded for 2013.

All categories of expenditure were down on those for the previous 12-month period, confirming that ship owners and operators continued to manage costs sensibly and to watch their cash carefully in 2014.

The findings are set out in OpCost 2015, Moore Stephens’ ship operating costs benchmarking tool, which reveals that total operating costs for the tanker, bulker and container ship sectors were all down in 2014, the financial year covered by the study.

Expenditure on crew costs was unchanged in the containership sector, having stabilised in 2013 at the previous year’s level. The 2.5% increase in crew costs recorded for containerships in the 1,000-2,000 TEU category contrasted with the 1.4% fall in such costs for bigger containerships of 2,000-6,000.

There was an overall fall in repairs and maintenance costs of 0.6%, compared to the 0.4% reduction recorded for 2013. Significant cost reductions included those recorded for 1,000-2,000 TEU containerships (3.2%).

Richard Greiner, Partner for Moore Stephens, said: “This is the third successive year-on-year reduction in overall operating costs. This comes as something of a surprise, and is contrary to earlier forecasts. Shipping is clearly watching the pennies, and it may also be the case that more competitive pricing for goods and services has had a part to play in holding down expenditure. Beyond that, as always, the impact of exchange rate changes cannot be determined readily.

“By far the biggest reduction in operating costs, for example, was seen this time in the stores category. This can be largely explained by the knock-on effect which the fall in oil prices has had on lube oil costs. Such ‘benefits’ do not come often to any industry, and are usually not without a downside, as has been the case in shipping.

“The bill for insurance coverage was also down, which will come as little or no surprise in view of the high level of competition in the insurance market, which is arguably even fiercer than that in the shipping industry.

“A third successive annual fall in operating costs must be good news for an industry already facing serious financial challenges and preparing to meet still more. But a bigger-picture view provides an insight into just how much operating costs have increased in recent years.

Greiner concluded: “The challenge for shipping is how to build the cost of operation into freight rates in a way which allows for a reasonable profit margin in an industry which is driven by competition and characterised by over-tonnaging.

“Two things are certain. Firstly, the business of operating ships will remain a costly undertaking. Secondly, the impetus for higher freight rates will not come from the shipping industry’s customers.” 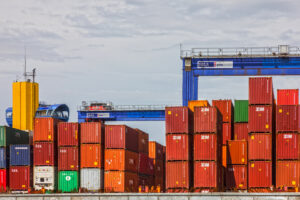