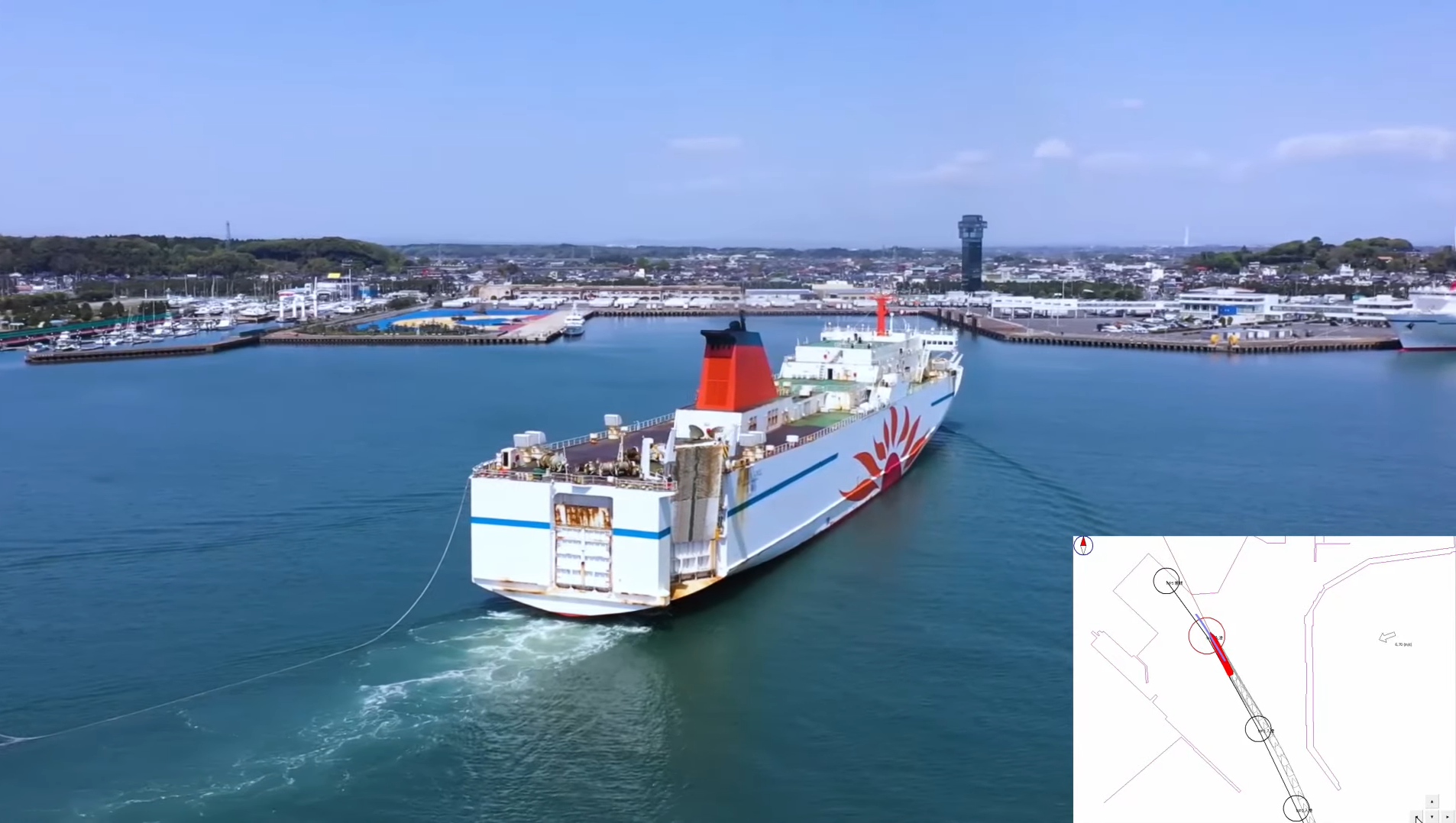 Partners including Mitsui OSK Lines (MOL) have taken the next step in autonomous vessel development following a successful autonomous berthing trial at the Port of Oarai.

MES-S and AL developed the auto-berthing and unberthing system of the Sunflower Shiretoko at the port.

As part of the project partners MOL was able to provide the seafarer’s perspective in order to improve the system and set the condition of the demonstration, the company told PTI.

MOL said the coastal car ferry was chosen due to its high frequency of berthing and unberthing.

“Our seafarers have many tasks in ship navigation operation, so we would like to reduce their workload, especially the berthing and unberthing operation tasks, which are very tough technically, physically and mentally. This tendency is particularly noticeable in our domestic shipping,” the company added.

On the question of whether ports and shipping lines considering investment in autonomous berthing technologies can expect a high cost, MOL told PTI that the technology is “fast-moving”.

“We developed the control system and installed it in the ship that is already in commercial operation,” the company said.

“The technology used in the berthing, unberthing demonstration is not the exception.”

MOL noted that further technology development could be put in place in port infrastructure through V2X or connectivity solutions to accelerate adoption of autonomous vessels.

Autonomous vessel operations is rapidly increasing in the industry: in May 2021 Wärtsilä announced it will build an autonomous zero-emission barge for the Port of Rotterdam.

AL utilised a simulator that could replicate various vessels, ports, and sea conditions, allowing the partners to simulate the demonstration across a variety of sectors.

Researchers also changed the power of external factors including wind and tide speed on simulations to test its safety.

“We were able to safely realise automatic berthing by predicting ship’s motion and we have gained a lot of useful findings about the automatic maneuvering control system under challenging conditions,” MOL said.

“Additionally, we were able to have valuable experiences in applying the actual operational know-how in maneuvering, berthing and unberthing for the large vessel, and applying it in the functions of the system.”

Partners behind the study found it “difficult to accurately predict” the vessel’s motion because disturbances affecting the berthing changed more than expected, the company said.

One of the most technical challenges during the demonstration was in shallow water areas where maneuvering control was conducted with very slow speed under a number of external forces including, currents, winds and waves, MOL explained.

No maneuvering technologies were installed on the land side at the Port of Oarai, only on the ship itself.

Leveraging the results of the demonstration, the project team will conduct demonstration tests of auto berthing and unberthing at actual berths with other ship types, with the aim of developing the technology further.