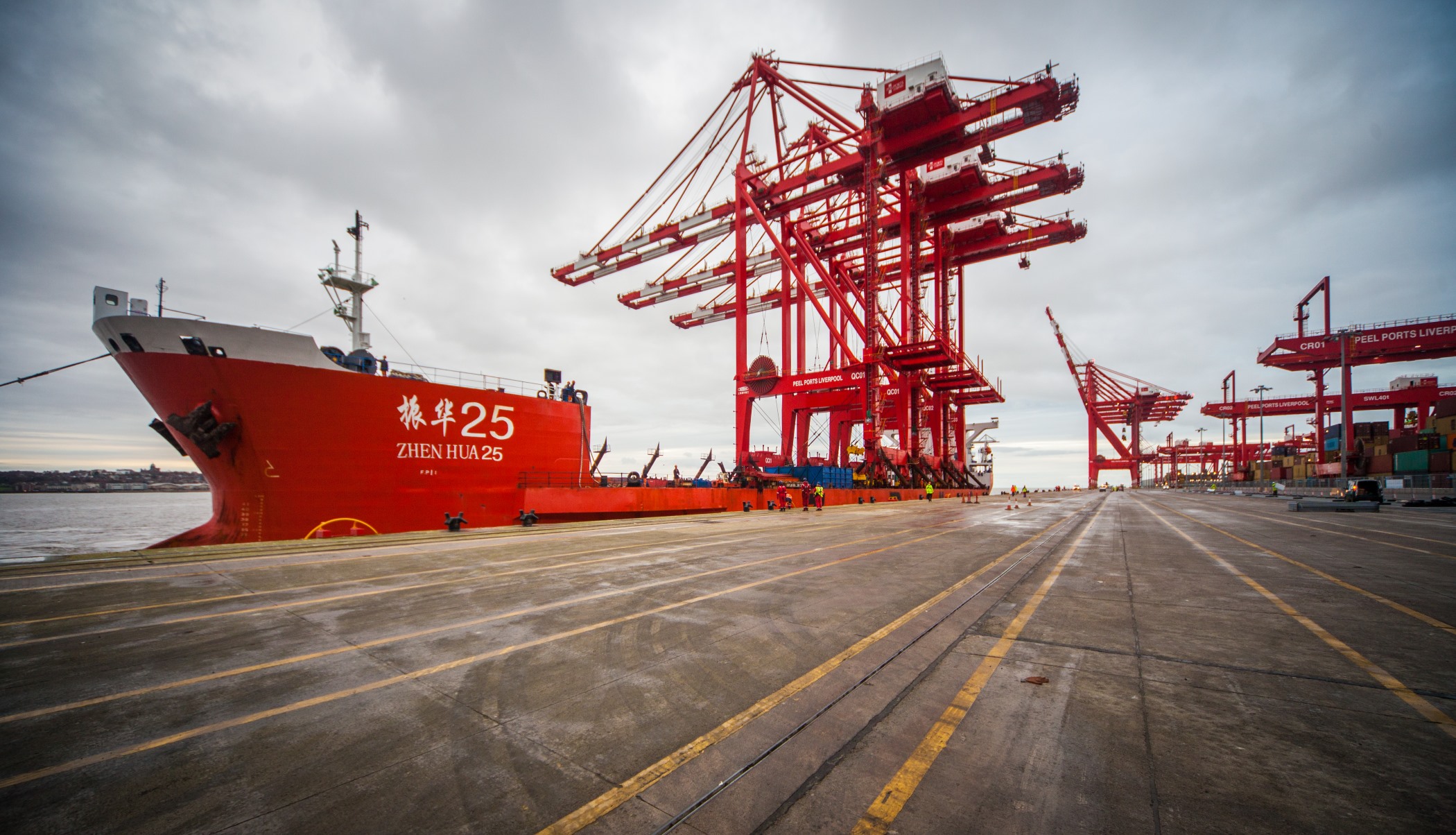 Quayside cranes, part of the second phase of the Liverpool2 project, have arrived at the container terminal after completing the 30,000km voyage from China.

The ‘megamax’ quayside cranes sailed up the River Mersey on 2 December, according to an announcement made by Peel Ports Group. The Liverpool2 project will provide additional capacity for growing volumes of cargo.

In October 2019 quayside and landside throughput at the Port of Liverpool all previous figures on record with year on year growth of 12%, according to Peel Ports.

Mark Whitworth, Chief Executive Officer of Peel Ports, said: “An increasing number of businesses are understanding that it makes more sense to ship products closer to their end destinations. The investment we’ve made in these cranes and elsewhere at the port is crucial to providing us with the capacity to meet growing demand, especially with Liverpool handling record container volumes in October.”

The cranes arrived on the ZH25 transporter vessel. They originally set off from Shanghai on 15 September passing south-east Asia, India, the Arabian Peninsula and Africa via the Cape of Good Hope en route to Liverpool in a journey of over 30,000km (18,000m, 16,400nm).

The super-structures were produced by Chinese company, Zhenhua Heavy Industries Co (ZPMC), the largest heavy-duty equipment manufacturer in the world, as part of a contract with Peel Ports worth over £100 million ($130 million). A total of 8 ship-to-shore megamax cranes and 22 cantilever rail-mounted gantry cranes are being supplied to Peel Ports.

The cranes can operate at speeds more than 30 moves per hour and facilitate 1,500 moves in each tidal window. They are capable of twin-pick and outreach of 24 containers up to 10 high on deck, and safe working loads of up to 85 tonnes. They can operate in wind speeds of up to 55 miles per hour (88kmph).