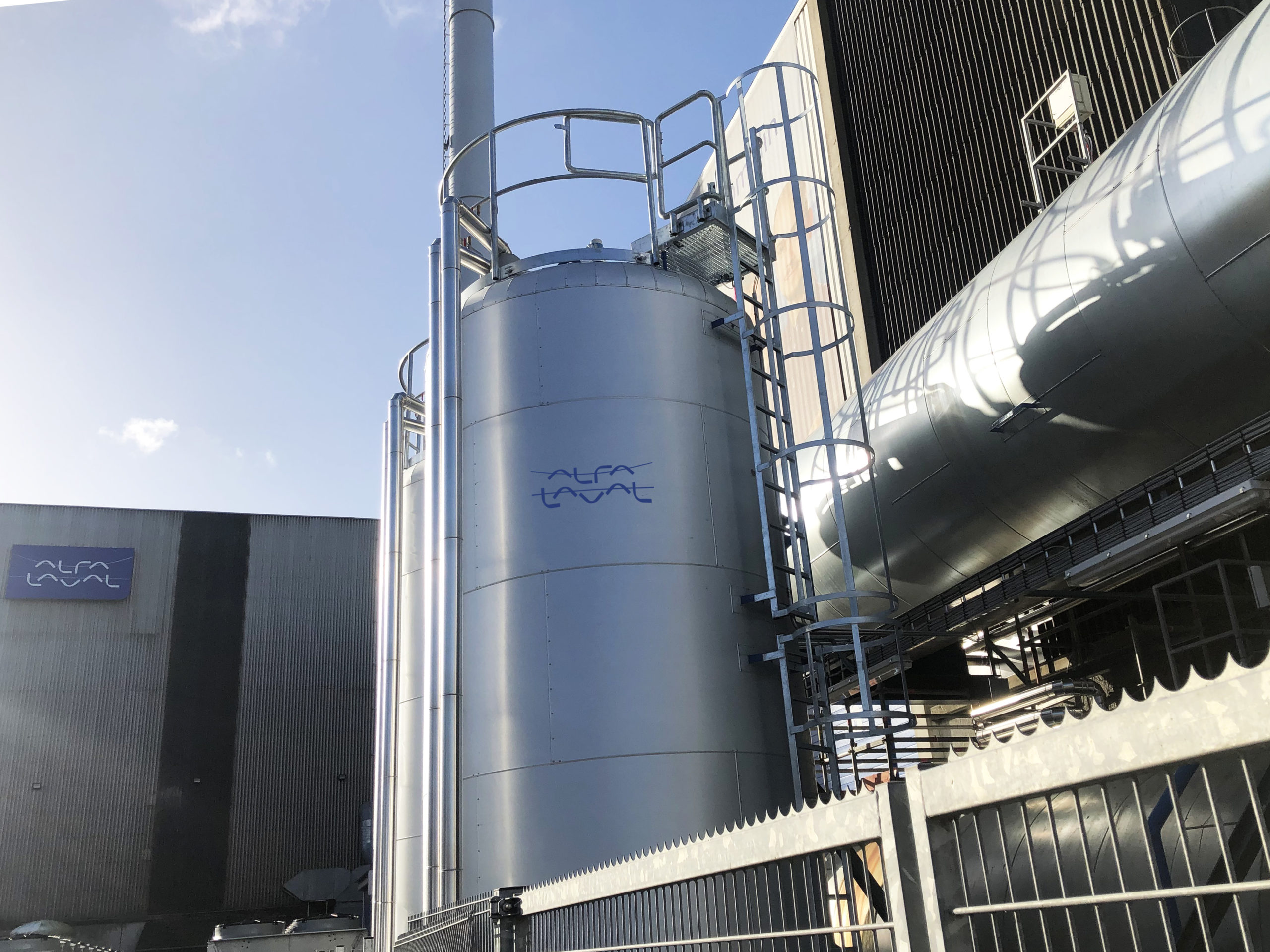 Already equipped for today’s oil and gas fuels, the centre has been readied for testing with biofuels. In coming years and will accumulate knowledge that is vital to a carbon-free future.

The first biofuel tested at the centre will be one produced in India by MASH Energy, which is created through pyrolysis of waste biomass. Sourced from waste in this way, the fuel would be a net positive, removing CO2 from the overall carbon equation, the company explained in a statement.

It is also a site for collaboration with industry partners and research institutes, which will be needed to reach IMO’s goal of cutting greenhouse gas emissions by 50% over 2008 levels.

Alfa Laval, biofuel producer MASH Energy and shipowner DFDS have entered into one such collaboration, funded in part by Shipping Lab, a Danish non-profit initiative focused on smart shipping.

“Two 25m3 tanks have been installed at the centre, one of which is stainless steel and dedicated for testing of biofuels and other new fuel types,” said Lars Bo Andersen, Alfa Laval Test & Training Centre Manager.

“New fuel alternatives are constantly being introduced to the marine industry, but the knowledge about their behaviour in marine fuel systems is limited. We want to extend that knowledge through testing, beginning with biofuels.”

With many biofuels on the verge of entering the market Alfa Laval will be trying to answer the unknowns of their usage.

“Biofuels are produced from many different sources using a wide range of production methods,” says Andersen. “Consequently, the end product varies. Even though producers aim to fulfil the ISO 8217 standard, fuel users may experience undesirable fuel behaviours, such as corrosion of the fuel system.”

Corrosion, Andersen added, is not the only potential issue. “Fuel injection is steered by viscosity, which is in turn controlled by heating. The relationship between heat and viscosity is hard to predict for biofuels, so the existing curves for HFO and LSHFO don’t apply. For biofuels to be used safely and efficiently, we have to gain more knowledge about them in order to optimize their handling and combustion.”

Samples of the MASH Energy biofuel have already been received and tested at VeriFuel i Athens. In anticipation of the full-scale delivery in Aalborg, additional preparations are being made at the Alfa Laval Test & Training Centre, for example to enable real-time viscosity and emission measurements that will improve boiler combustion control.

Likewise, Alfa Laval is in dialogue with additional biofuel producers, as well as other research partners. The latter include Aalborg University, where fuels derived from hydrothermal liquefaction (HTL) are in focus. HTL is a bioconversion technology that can turn any wet organic material into an energy-dense bio-crude.