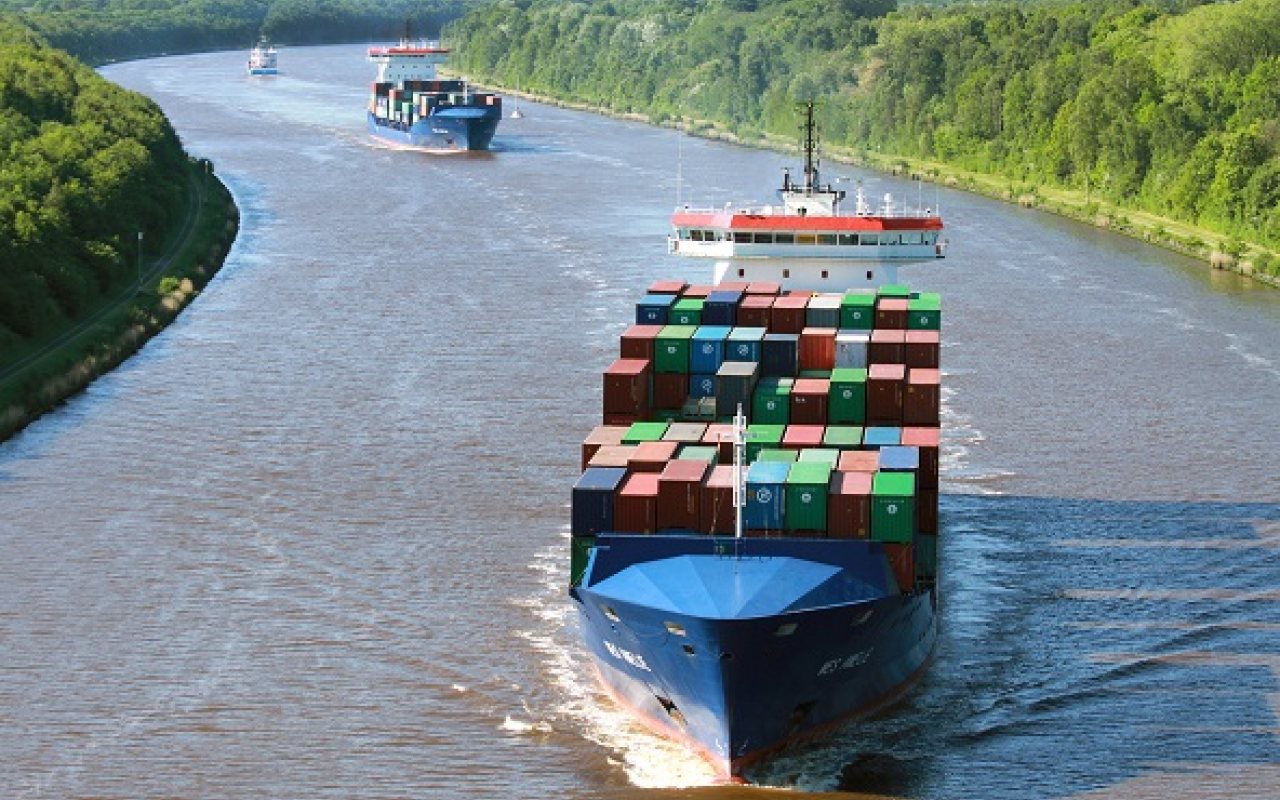 MAN Diesel & Turbo has claimed that its the first company in the world to retrofit a feeder containership’s main engine to a multi-fuel unit that enables dual-fuel operation.

There is the potential for many more projects of this type as the Wes Amelie has 23 sister ships, 16 of them structurally identical, which allows for a multiplier effect as there are other conversion-capable vessels also found around the European continent.

The dual-fuel conversion has enabled the Wes Amelie to significantly reduce its SOx emissions by >99%, NOx by approximately 90%, and CO2 by up to 20%, meeting both the Tier II and Tier III emission requirements set by the International Maritime Organisation (IMO).

Works were carried out at German Dry Docks in Bremerhaven in cooperation with gas-specialist, TGE Marine Engineering, who provided tank and LNG components.

Bureau Veritas, the international classification society based in France, classed the conversion.

Wessels and MAN Diesel & Turbo originally signed the retrofit contract at the Europort exhibition for maritime technology in November 2015.

The Wes Amelie, constructed in 2011, has already re-entered service on its usual route between the North and Baltic Seas.

Learn why one of the dominant trends in today’s shipping industry is the growing importance of Liquefied Natural Gas (LNG) in the 'Driving Innovation: LNG Support Services' technical paper by Christer Sjodoff, Group Vice President, GAC

Wessels said: “This pioneering project marks a milestone in the European container feeder market, and MAN has impressively proven that existing engines can be converted to LNG operation with a tremendous effect on exhaust emissions and the environment.”

Lauber explained that MAN Diesel & Turbo was providing customers with the technology to retrofit their existing fleet, driving what the company calls “the maritime energy transition”.

Lauber said: “There are roughly 40,000 cargo vessels in operation worldwide.

“If we are serious about decarbonisation and want the shipping industry to be climate neutral by 2050, we need to take action today.”

The Wes Amelie needed to meet the highest environmental standards and strictest limits for emissions as it operates in highly regulated Emission Control Areas in the Nordic and Baltic Seas.

Also attended the ceremony, Stefan Eefting, Head of MAN PrimeServ in Augsburg, said: “We are very happy to have successfully completed this project with the great cooperation of our partner, Wessels Reederei.

“In doing so, we trust that the dramatic reduction in emissions will mark the beginning of a trend towards the adoption of LNG as an environmentally friendly fuel within the maritime sector.”

Read more: A joint venture of British LNG supply company Flogas and Associated British Ports (ABP) has become the first to bunker a ship with LNG in the UK