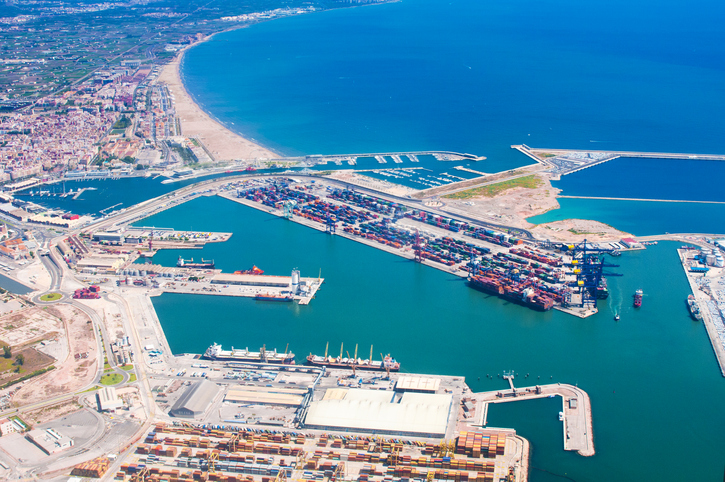 Spain’s ports have made a mixed start to 2021 with two of its biggest gateways, Valencia and Algeciras, seeing contrasting TEU traffic in January.

Valenciaport, which manages the Port of Valencia, said TEU traffic had increased by 4.03% year-on-year (YoY), building on its performance in 2020 which ensured it retained its place as the busiest container hub in Spain.

The increase in volume has been largely attributed to the resumption of Chinese exports, which increased by 5.69% in January.

In a statement, Aurelio Martinez, President of the Port Authority of Valencia, said he expects the positive trend, which began in the second half of last year, to continue throughout 2021, crediting the export activity of companies based in the area.

The increase in trade volume was achieved, Valenciaport said, despite the continued restrictions put in place due to the COVID-19 pandemic.

“Valenciaport is an infrastructure at the service of our hinterland,” Martinez explained.

“We act as a platform for the export of the productive fabric, an essential component of the dynamism of the Spanish economy, which since August last year has shown a very enterprising productive capacity which is demonstrated by the increase in the number of cargo containers (exports) at the Port of Valencia.

In contrast, the Port of Algeciras saw its TEU traffic plummet by 10.54% YoY in January 2021 and unlike Valencia suffered a dip in international trade of 10.84%.

The Port’s traffic was hit hard by the pandemic and subsequently fell across the board, with exports and imports falling by 10.12% and 7.81% respectively.

Trade of empty containers also fell by 49.53% YoY as global demand was dominated by the main ports in Asia, particularly China.

In a statement, the Port said, “The Port of Algeciras is considered a strategic infrastructure for the Spanish supply chain integrated in the international logistic network.

“The Port of Algeciras along with the collaboration of its Port Community will overcome all together successfully this worldwide sanitary emergency, undertaking further efforts actively if required.”