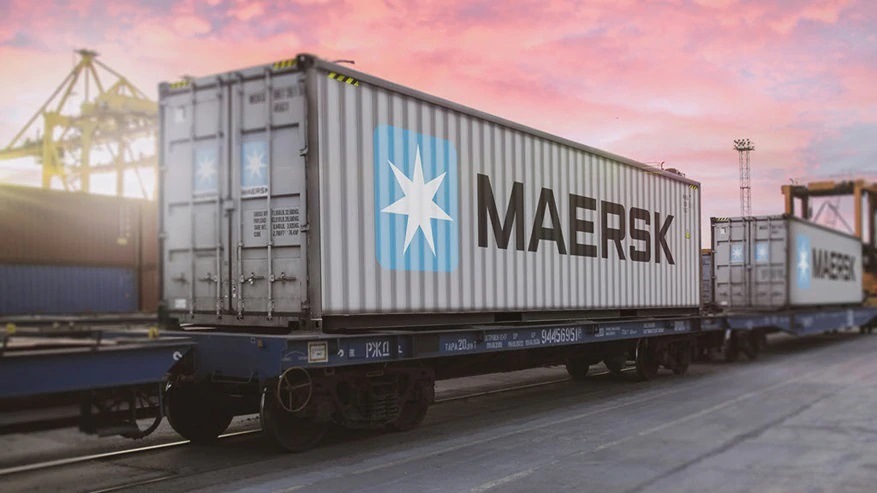 The first Eastbound train on Maersk’s AE19 service has been dispatched from St. Petersburg port, carrying goods from Europe to Asia the company has announced.

The intercontinental train departed on 28 March in the eastbound direction.

The overall transit time of the new intercontinental service from ports in North Europe to ports in Korea and Japan will be between 23 and 32 days, which is a reduction by half compared to 52-57 days via the traditional Ocean route.

The train loaded with plywood and chemical products from North Europe left the FCT port terminal in St. Petersburg to the terminal VSC in the port of Vostochniy in the Russian Far East (both terminals part of Global Ports group).

Upon arrival to Vostochniy, containers will be loaded on Maersk’s short-sea vessels for delivery to Korea and Japan.

Maersk launched the AE19 service in August 2019 in partnership with Russian partners Modul and Global Ports to offer a complementary product for more time-sensitive cargoes moving from Asia to Europe, connecting the ports of Vostochniy and St. Petersburg in Russia.

“AE19 service provides our customers not only with a faster delivery solution, but also at a lower cost than airfreight. So far, the service has been used for westbound shipments from Asia to Europe only, however as the service has been experiencing a steady growth since the beginning of 2020, it has further enabled shipments in the opposite direction from Europe to Asia as well,” said Kasper Krogh, Head of Intercontinental Rail at A.P. Moller – Maersk.

“The customer demand to develop the Eastbound service, especially within the automotive, technology, chemicals and industrial verticals, has further led to the launch of this service,” he added.

Maersk highlighted that the customers can easily switch transport modes between Ocean and Rail solutions, which allows them to react quickly to changing market demands.

The next eastbound shipment on AE19 from St. Petersburg will be made on 08.04, and thereafter will be provided on fortnightly basis.