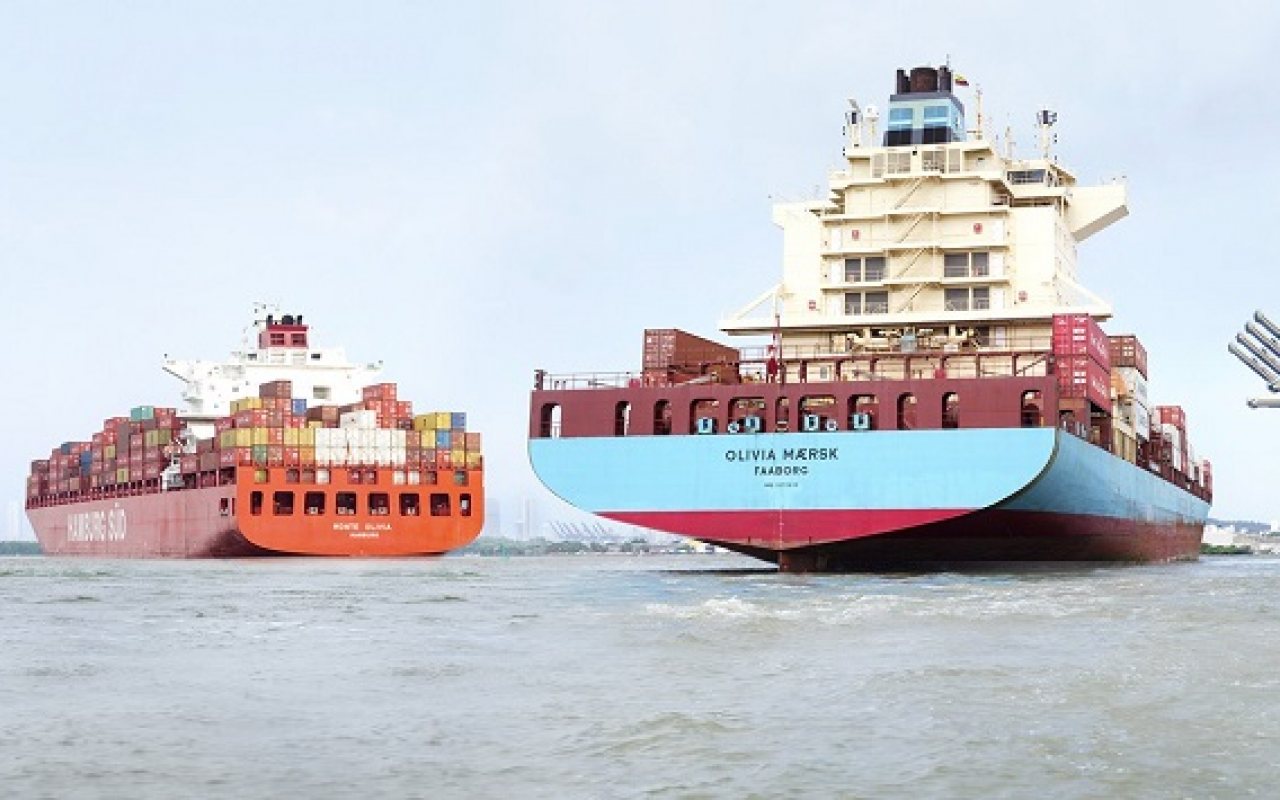 Maersk Line has been celebrating its US$ 4.39 billion acquisition of Hamburg Süd after the deal passed its 23rd regulatory approval process.

After making its intentions to buy Hamburg Süd publicly known on December 1, 2016, Maersk Line, the world's largest container shipping company, announced on November 28, 2017, that it had the final approval it needed from the Korea Fair Trade Commission.

Maersk executives have celebrated the completion of the deal on Twitter (see below).

Combined, the two companies will be able to realize operational synergies in the region of $350-400 million annually as from 2019.

Søren Skou, CEO of A.P. Moller – Maersk, said: “With the final approval of the acquisition we have reached an important milestone in our strategy to become an integrated transport and logistics company delivering sustainable growth.

“These are truly exciting times and we are looking forward to taking the first steps forward as one company.

“Hamburg Süd is an outstanding brand with high-quality products.

“By combining our two businesses we will reinforce the global positions of both companies and enhance our service offers towards customers.”

Together, Maersk Line and Hamburg Süd will have a total container capacity of 4.15 million TEU and a 19.3% global fleet capacity share, according to Alphaliner data on November 27, 2017, with 105 Hamburg Süd vessels integrated into the fleet of Maersk Line.

The joint fleet will include a total of 772 vessels — owned and chartered.

Maersk Line’s acquisition of Hamburg Süd is on a cash and debt-free basis.

It will finance the acquisition through a syndicated loan facility.

Søren Toft, Chief Operating Officer, A.P. Moller – Maersk, will become Board Member of the Supervisory Board of Hamburg Süd. New CEO for Hamburg Süd will be Dr. Arnt Vespermann.

Vespermann said: “Becoming part of the world's number one shipping company will create a lot of opportunities. We will strengthen Hamburg Süd in the global playing field and grow our market share together.

“At the same time, Hamburg Süd will continue serving our customers as a separate brand.”

Vincent Clerc, Executive Vice President, Chief Commercial Officer at A.P. Moller – Maersk, also shared his views on the deal over LinkedIn, highlighting that one of the major risks in such an integration process was that one party could dominate the other and lead to important know-how and engagement being lost.

He said: “Our own integration of P&O Nedloyd some 10 years ago was certainly not flawless and we are determined to learn from that past.

“And even though Maersk Line might come in as the bigger partner in this marriage, we believe we have a lot to learn from our smaller but sometimes smarter German partner.

“It is no secret in the world of shipping that Hamburg Süd has had some of the better customer satisfaction scores in our industry.

“For me and my colleagues in Maersk Line, the merger is therefore a much-appreciated opportunity to learn from a company which has truly excelled in building customer focus.”

Hamburg Süd has officially joined Maersk in one of the largest transactions in shipping history. #WelcomeHamburgSud pic.twitter.com/9pbfnaVXHl

Hamburg Süd has officially become a part of A.P. Moller – Maersk. The closing marks the 1st day of an integration that will reinforce the global positions of both companies and strengthen the separate customer offerings. #welcomehamburgsudhttps://t.co/mzhSUR8ppa pic.twitter.com/cTnQhVFkLD

To have Hamburg Süd, with its great history and dedicated team, as part of our company gives us pride.#welcomehamburgsud https://t.co/Nfnr2zT4pZ pic.twitter.com/5HCk2WGVLw

Delivering for customers and driving growth – as @MaerskLine and Hamburg Süd team up, we’ll be stronger together. https://t.co/RO48rrGTkS#welcomehamburgsud pic.twitter.com/ifHgjOYNnv

�� on the 1st day of xmas…santa brought to me… a whole lot of new talented colleagues & a beautiful red container #welcomeHamburgSud ❤️�� pic.twitter.com/Kpn20YcbUx

Read more: The CMA CGM Group has announced a merger between its subsidiaries MacAndrews and Oldenburg-Portugiesische Dampfschiffs-Rhederei (OPDR) to further strengthen its multimodal offer in Europe