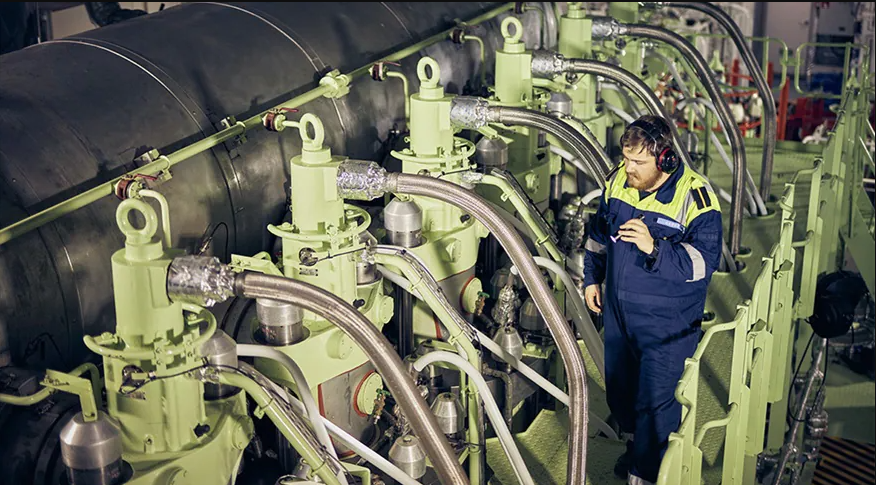 REintegrate, a subsidiary of the Danish renewable energy company European Energy, and European Energy will establish a new Danish facility to produce the approximately 10,000 tonnes of carbon neutral e-methanol that Maersk’s first vessel with the ability to operate on green e-methanol will consume annually.

Maersk will work closely with REintegrate and European Energy on the development of the facility.

The methanol facility will use renewable energy and biogenic CO2 to produce the e-methanol.

The fuel production is expected to start in 2023.

The energy needed for the power-to-methanol production will be provided by a solar farm in Kassø, Southern Denmark.

Henriette Hallberg Thygesen, CEO of Fleet & Strategic Brands, Maersk, commented, “This type of partnership could become a blueprint for how to scale green fuel production through collaboration with partners across the industry ecosystem, and it will provide us with valuable experiences as we are progressing on our journey to decarbonise our customers’ supply chains.

“Sourcing the fuels of the future is a significant challenge, and we need to be able to scale production in time.”

REintegrate has a track record for producing green e-methanol with a test laboratory in Aalborg.

While the renewable energy will be produced in Southern Jutland it is yet to be decided where in Denmark the power-to-methanol facility will be located.

Knud Erik Andersen, CEO, European Energy, added, “We’re proud to be a part of the first large scale e-methanol production in Denmark. While renewable energy is becoming more and more common in the energy mix of electricity consumption, this is one of the first steps in heavy transportation towards using 100% renewable energy.

“This agreement marks a milestone in the journey towards green transition in the shipping industry.”

The world’s first methanol feeder will be 172m long and it is expected to join the Maersk fleet in mid-2023.

It will sail in the network of Sealand Europe, a Maersk subsidiary, on the Baltic shipping route between Northern Europe and the Bay of Bothnia.