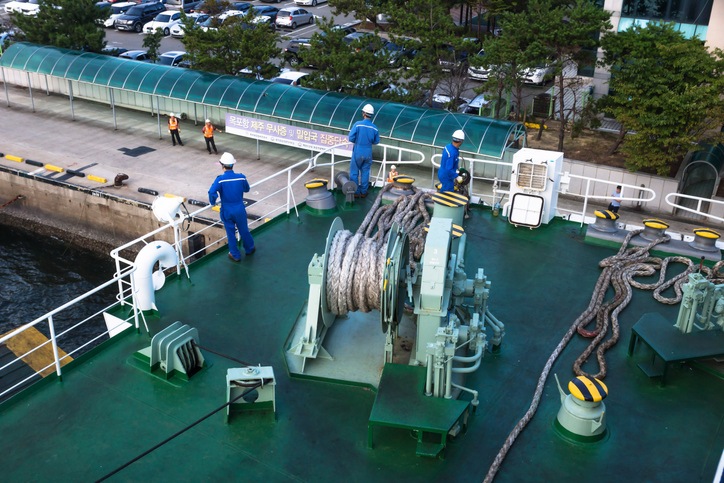 A.P. Moller-Maersk (Maersk) has said it has begun the process of repatriating its seafarers after seven were able to return to their homes after their vessel docked in Panama.

In a statement, Maersk said the seven seafarers were working aboard the 4,500 TEU Rhine Maersk. The change in crew, the carrier said, was made possible by its close collaboration with the Maritime Authority of Panama, where strict safety protocols were followed.

The seven crew members were transported from the Panama Canal to their fight which took them to Amsterdam and Copenhagen.

From there, they will take connecting flights in their home countries. At the same time, 6 new colleagues arrived by air, to sign on Rhine Maersk and continue on her journey.

“Our colleagues at sea play a central role in serving our customers and keeping supply chains moving,” Pavan Chhabra, Head of Americas Marine of Maersk.

“I am pleased to see that our efforts in engaging with the authorities in regard to crew changes is paying off.”

The news comes after 12 countries agreed to work together to solve the crew changeover crisis, a consequence of the travel restrictions enforced as a result of the COVID-19 pandemic.

Maersk, along with Hapag-Lloyd, when contacted by Port Technology International (PTI) called upon all national governments to do more to solve the crisis and establish procedures to allow thousands of seafarers to return to their homes.

The carrier has now described the current situation as “not tenable” and that nations and must “stand up and take responsibility to support and cooperate so that crew changes happen, preventing a humanitarian world crisis with potential consequences for safety at sea”.

This is the second repatriation of a crew that was successfully carried out from Panama. The first one took place last Sunday, July 12 on San Pasley vessel, where thirteen crew members managed to repatriate thanks to a humanitarian flight.

Lars O. Nielsen, Maersk CEO Latin America added, “It is key for Maersk to ensure the health of our crew members enabling us to service the needs of our customers.

“Our seafaring colleagues around the world have, despite the crisis, continued to do an exceptional job aboard our ships for many months and I am very pleased to see we are now able to arrange the first crew changes.

“We need everyone involved to stay focused and engaged in ensuring this practice can continue as the safety of our colleagues is and will always be our main priority.”