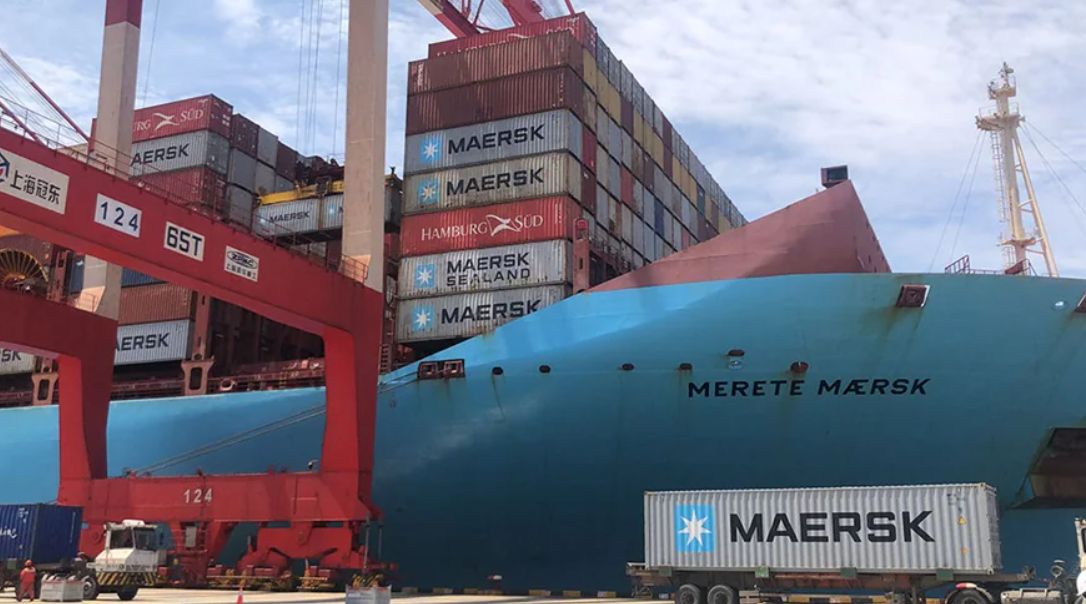 A total of 27 containers from Vancouver, Canada were recently loaded onto the Merete Maersk containership, the first batch of Chinese coastal relay of international cargo from a foreign carrier has started its last leg of transportation, en-route from Shanghai’s Yangshan terminal to Tianjin.

The move marked a milestone in the opening of China’s cabotage market to foreign carriers.

“We are proud to be the first foreign company that successfully implements international cargo relay in China,” said Soren Skou, CEO of Maersk.

“Transshipment in Shanghai allows us to improve services through optimised networks and could also address some of the factors behind the bottlenecks in Chinese supply chains, shortening transit times, reducing emissions, and freeing up additional capacity for our customers.

“We appreciate this initiative by the Chinese authorities. It is an important step towards optimising relay regulations, and we hope it will serve as an inspiration in other geographies where restrictions on international relay still exist.”

According to Maersk, the breakthrough in Yangshan is a result of the China State Council’s 2019 overall plan to boost the development of the international shipping centre in Shanghai.

In November last year, China’s Ministry of Transport announced that international cargo relay would be allowed on a trial basis until the end of 2024.

The latest offering from the Danish giants departs from various locations in China and travels through Kazakhstan, Azerbaijan, Georgia, and Romania.

Transit time from China to Romania is said to take 40 days.