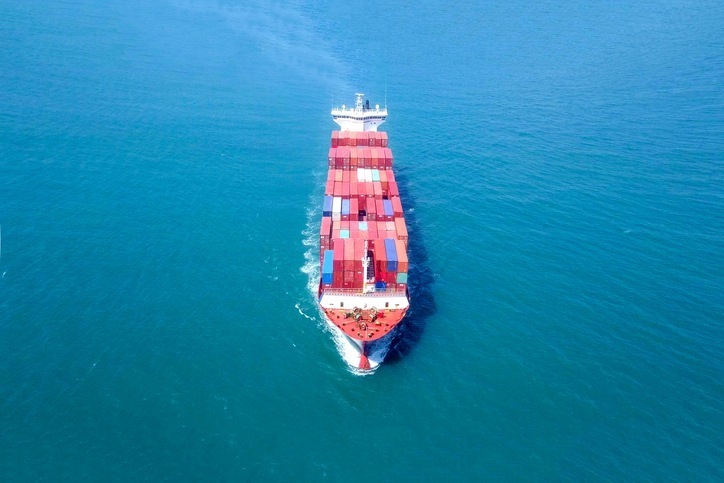 The Plaquemines Port Harbour in Louisiana has signed an agreement to build an environmentally friendly, multi-modal container terminal capable of handling mega-ships in excess of 22,000 TEU.

In a statement, the Plaquemines Port Harbour said it has signed a letter of intent (LoI) with “several potential partners” to build the terminal.

The signing of the LoI begins a six-month due diligence period, during which time the partners will conduct multiple studies before a final investment decision is made.

The container terminal will be powered by a combination liquefied natural gas (LNG) and electricity. It will be approximately 1,000 acres and 8,2000 feet of land by the Mississippi River, and be situated 50 miles from the Gulf of Mexico.

The first phase of construction is expected to take as little as 2 years and will deliver the capability to handle 22,000-TEU class vessels with the ability to expand capacity if needed.

Once the terminal is operational, U.S. Midwest shippers will be able to containerize and export many agricultural products, refrigerated cargo and chemical resins.

One of the parties who signed the LoI, American Patriot Holdings (APH), will provide the new terminal with Mississippi River transport by way of its hybrid fleet of vessels, which have a capacity of up to 2,375 TEU.

Plaquemines Port Executive Director Sandy Sanders said: “This will be the Gateway Port on the Gulf Coast capable of taking full advantage of the distribution network on the Mississippi and tributary rivers while reducing road congestion in the region and accommodating LNG-powered vessels to enhance environmental sustainability.

Trudy Newberry, Vice-Chairman of the Plaquemines Port, also commented and said: “We are extremely pleased and supportive that the port has attracted several world-class partners to fully explore the development of a modern and efficient terminal in Plaquemines.”

Developing and operating a multi-modal gateway container terminal on the Gulf Coast will reduce exposure to congestion and improve reliability. Additionally, a new LNG terminal proposed adjacent to the facility opens the door for large LNG-powered containerships in the U.S.

Another signatory to the LoI, Louisiana 23 Development Company, LLC (Devco), was selected as the exclusive private development partner for Plaquemines Port in December 2019.

Devco will provide financial solutions and funding alternatives to support the container terminal development. The company will be responsible for funding and constructing critical infrastructure including rail, warehousing and utility services.