Los Angeles prepares for one of the busiest months on record 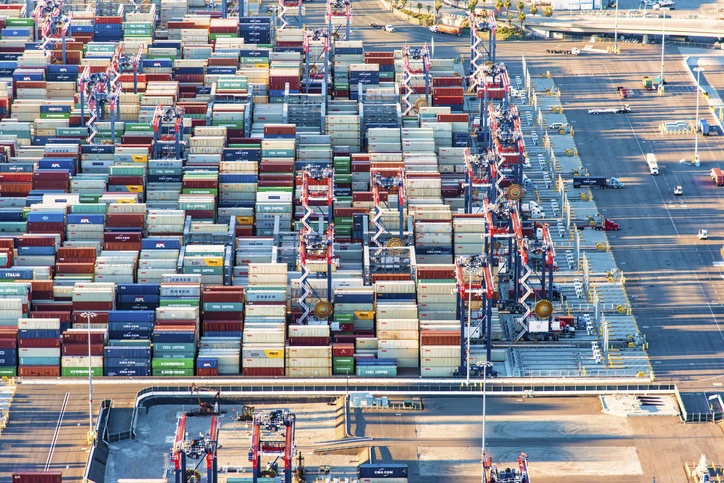 The Port of Los Angeles will record one of the best months in history by TEU volume in August, according to its CEO Gene Seroka.

In the latest meeting of the Port of Los Angeles’ Board of Commissioners, Seroka said the Port was set to post volume numbers in excess of 900,000 TEU. If it does so then August 2020 could get close to or even surpass the Port’s busiest month ever of July 2019, when it handled more than 912,000 TEU.

However, even if it doesn’t match that record it is almost certain to be the busiest month of 2020 and the Port’s second busiest of all time.

The number is just a forecast and in his comments Seroka said he would give a full report at the Board of Commissioners next meeting later in September.

“Based on the data we have today, we will do more than 900,000 TEU, it will be one of the best months in history for the Port of Los Angeles, but there is more to follow.”

The Port of Los Angeles suffered considerably at the end of 2019 and the start of 2020 as it was affected by the two crises of the US-China trade war and then the COVID-19 pandemic, as did other Pacific gateways, Long Beach and Oakland.

However, volume at all three has picked up in the middle part of 2020, and Seroka said based on data it is receiving, the Port should also have a busy September as trade resumes and economies unnlock.

Seroka went on to comment on the Port’s latest technological innovation, ‘The Port of Los Angeles Signal’, which will distribute and publish information to supply chain stakeholder to help them better plan for inbound cargo. In his address, Seroka described it as “the first of its kind” in the United States.

“We’re giving all of our partners, including the railroads, the chassis providers, truckers, warehouse operators and others in the supply chain a two-week upstream look at cargo that is already loaded in Asia and coming here to the Port of Los Angeles,” Seroka said.

“The planning tool will help make our partners more nimble especially during times like these, with volume surges that we are currently experiencing.”