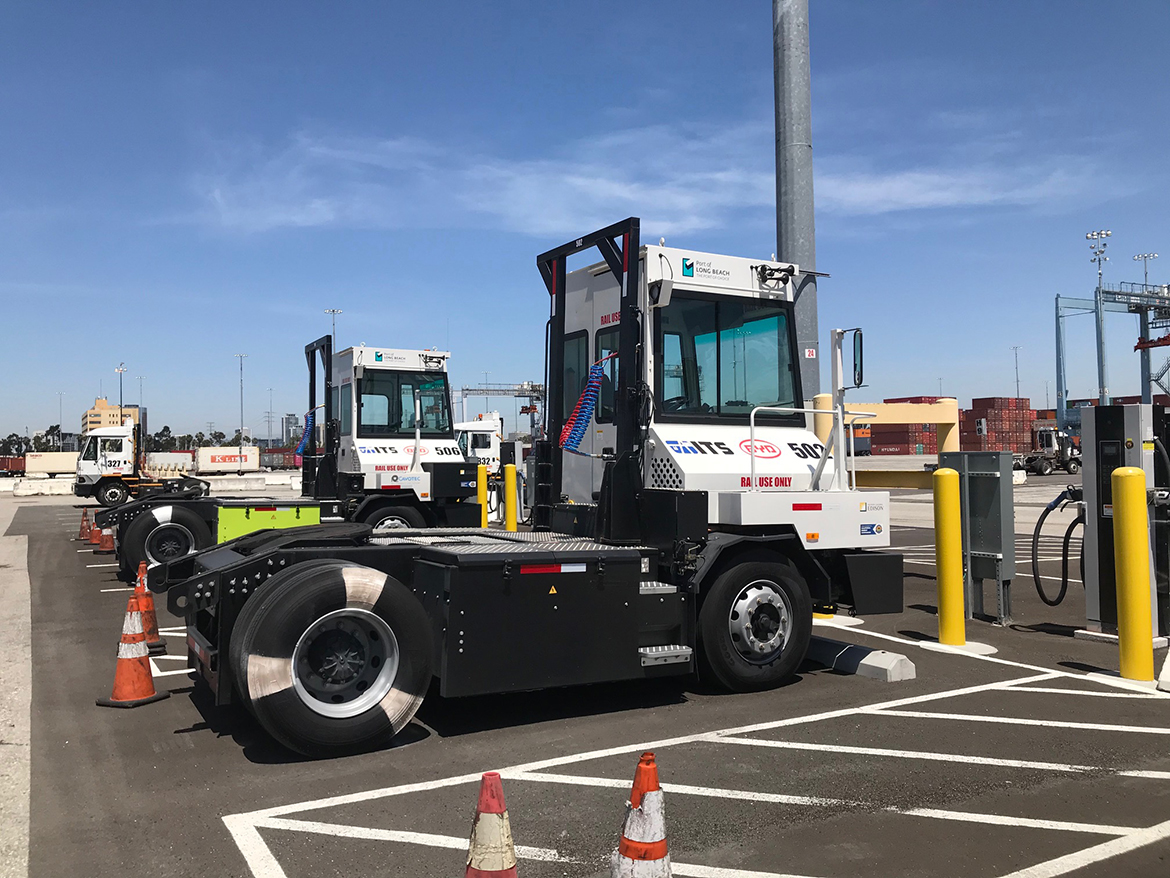 The Port of Long Beach has said its Pier G terminal has started using new, zero-emission cargo-handling tractors, as part of an initiative part-funded by California Energy Commission.

In a statement, the Port said International Transportation Service (ITS), the operator of the terminal, will test seven BYD battery-electric yard tractors for a year.

The California Energy Commission awarded $9.7 million for project which involves the design or creation of 21 new or converted electric cargo handling vehicles.

The grant will pay for most of the $13.7 million project intended to help commercialize vehicles that will move cargo sustainably at seaports all around the world and help the Port of Long Beach meet its goal of a zero-emissions cargo handling fleet by 2030.

“We need equipment that can make it through an entire shift, with recharging during breaks,” said Port of Long Beach Executive Director Mario Cordero.

“That’s one of the requirements for zero-emissions equipment to demonstrate that it can function in a real-world environment. Alongside partners like ITS, we are leading the industry to a more sustainable future.”

“We would like to thank the California Energy Commission for their generous grant to help us clean our air and protect the communities around the harbor.”

ITS Chief Operating Officer Sean Lindsay said: “ITS is proud to participate in this Port of Long Beach demonstration featuring zero-emission technologies and concepts that will play a vital role in our industry’s future.

“In line with ITS’ company priorities, we’re continuing to take the proper steps in reducing our carbon footprint for the benefit of our waterfront community and goods movement.”