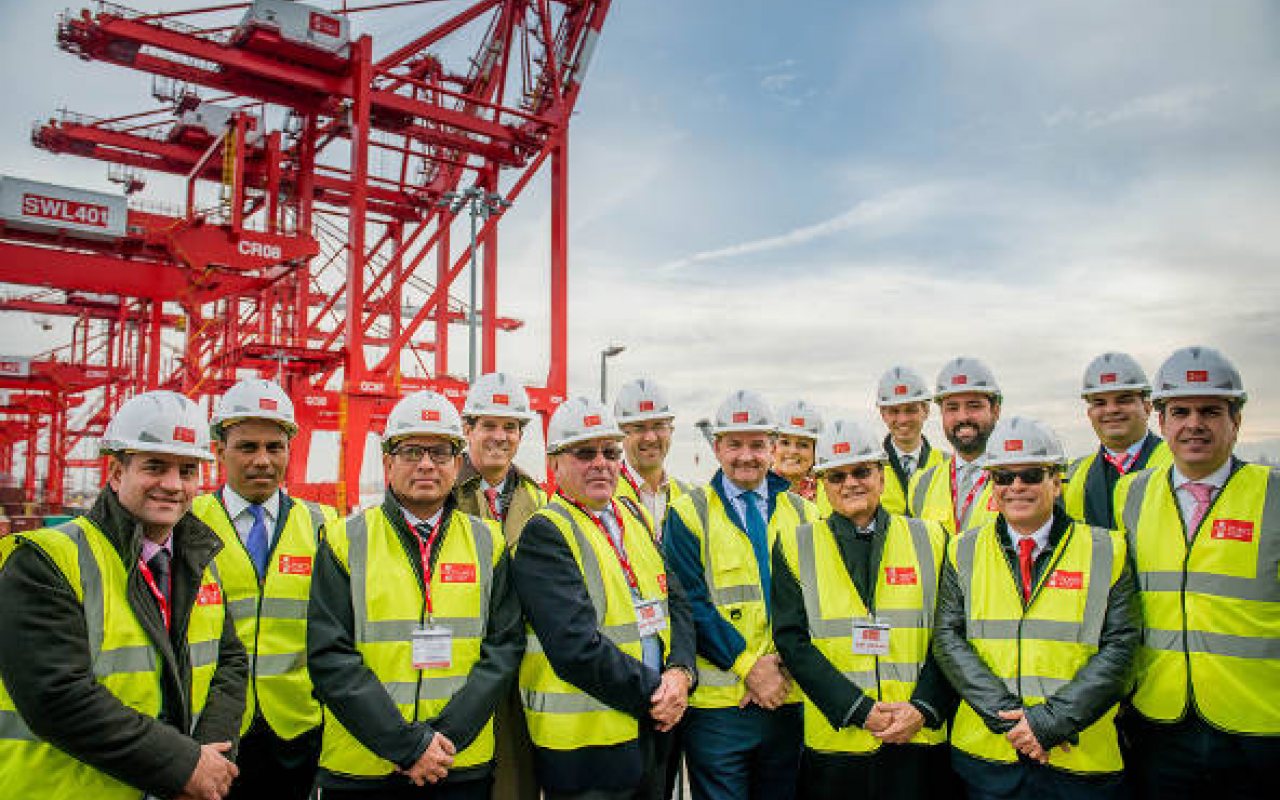 The Panama Canal Authority (ACP) has entered into a significant MoU with major UK ports operator, Peel Ports, who own the Port of Liverpool, as the latter gears up for the formal opening of its Liverpool2 container terminal in early November.

The agreement was signed October 24, 2016 by Jorge L. Quijano, Administrator of the ACP and Mark Whitworth, Chief Executive of Peel Ports Group, during a formal visit to the Port of Liverpool by a senior delegation from Panama.

They were joined by the UK’s Panama Ambassador, Ian Collard, and Ariel Perez Price, the UK’s Director of International Trade in Panama.

The formal agreement creates a strategic alliance aimed at facilitating international trade and generating new business by promoting trade routes between Liverpool and the west coast of South America via the Panama Canal.

Mark Whitworth said: “Liverpool and Panama have both responded to the growth of the global container ship fleet with major investment programmes in recent years to accommodate newer generations of container ships.

“We see exciting times ahead for Liverpool, with improved trade connectivity and business opportunities between the UK and South America, which will not only generate economic growth but also create jobs and increase revenues.”

HMA Dr Ian Collard added: “We have hit an exciting moment in the engagement between Panama and Liverpool.  The Panama Canal Authority has made considerable investments in recent years to expand its lock gates and thereby unlock the potential for a new generation of Neo-Panamax vessels to cross quickly between the Pacific and Atlantic Oceans.

“At the same time, the development of Liverpool2 provides an opportunity for the Port of Liverpool to develop its role as a destination for these larger vessels and create a new stream of traffic across the Atlantic.  Today is the start of what I hope will be a new chapter in Liverpool-Panama relations.”

Transport Minister John Hayes MP visited the Port of Liverpool on October 20, 2016 to view the final stages of work on phase one of the Liverpool2 container terminal ahead of its official opening next month.