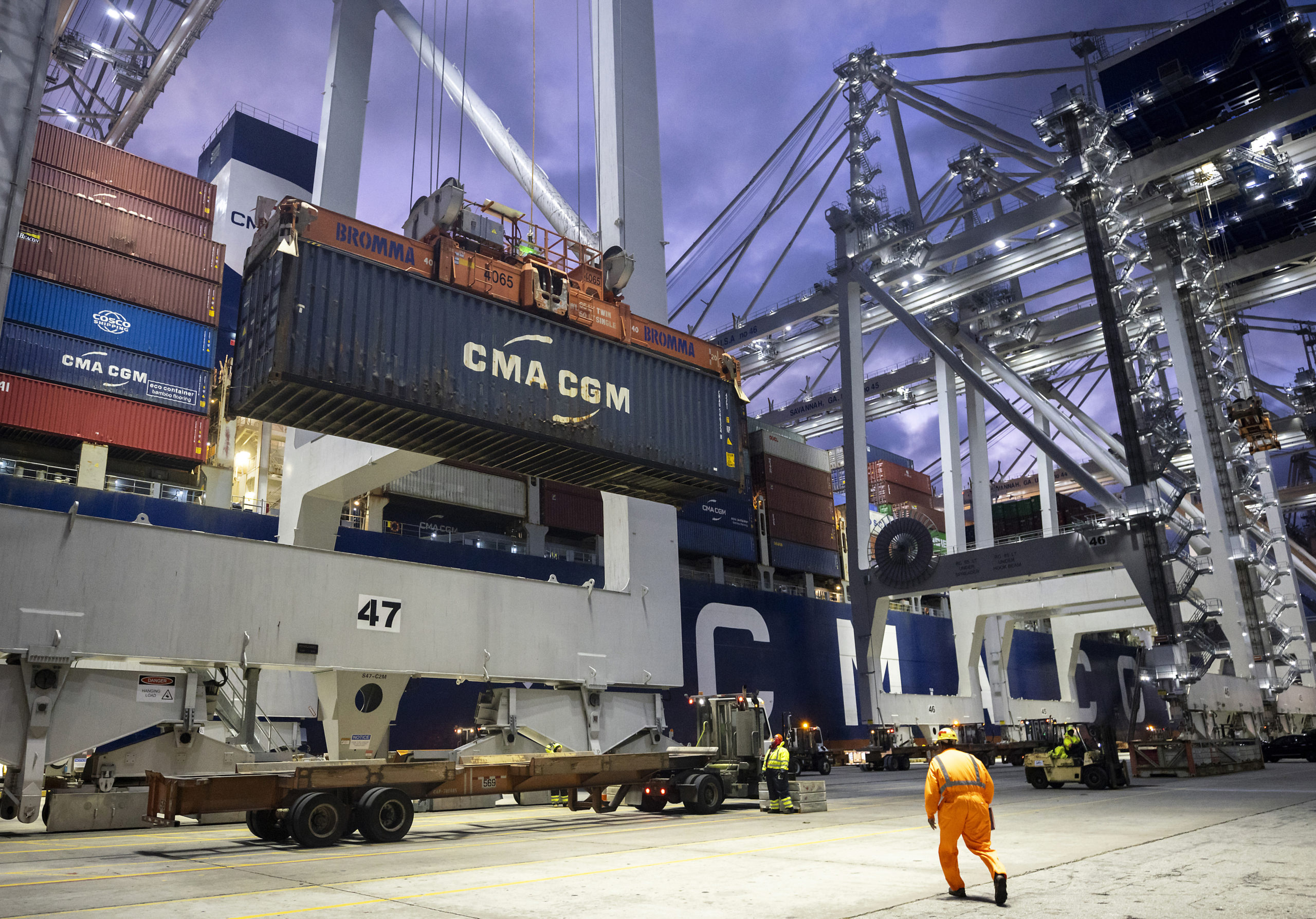 Fiscal Year 2022 was another record-breaker for the Georgia Ports Authority (GPA), with container volumes growing 8 per cent for a total of 5.76 million TEU.

“As the hub in a global network of road, rail and ocean carrier connections, our ports link Georgia businesses to international trade lanes and open doors to prosperity for our state and nation,” said Georgia Governor Brian Kemp.

“The Georgia Ports Authority and its partners in the logistics industry are powerful drivers for local economies across the Peach State, from small communities to our thriving urban centers.”

In addition to organic growth among its port customers, Savannah trade has also been boosted by West Coast labour talks and delayed access to rail at West Coast ports, prompting a significant shift in vessel calls.

Savannah is also receiving container trade diverted from the Port of Charleston. GPA is currently handling the highest volume of ad hoc and new service vessels the Port of Savannah has experienced to date.

Uncertainty around the labour talks, unprecedented and unplanned vessel calls, record cargo volumes, and vessel diversions to Savannah have contributed to a higher than normal number of vessels waiting at anchor.

“Several factors have contributed to our growing container capacity, including expedited infrastructure projects, our inland pop-up yards and an influx of truck drivers moving to the southeast.”

GPA is experiencing record truck turns during both its day and night-gate operations. Garden City Terminal saw a weekday average of 14,500 truck moves in June, counting both inbound and outbound gate exchanges.

Looking forward, the GPA Board approved the purchase of 12 new rubber-tired gantry cranes and other container handling equipment at its regular July meeting. The RTG purchase totals $30.25 million.

The Port of Savannah already features 198 RTGs, and another 24 were already on order.

The new cranes added will bring the fleet to 234 in Savannah.