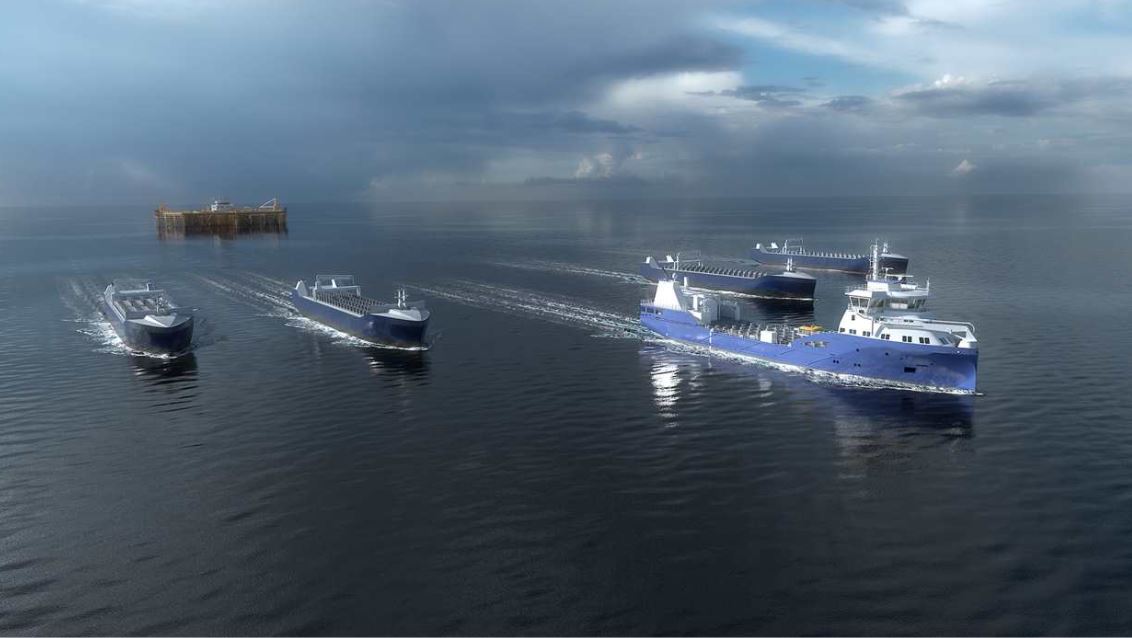 Konsgberg, a provider of next-generation technology for the maritime sector, will install and test autonomous technology on two short sea vessels after receiving a record-breaking funding grant from the EU.

The first vessel in question is Eidsvaag Pionner, which is owned by the Eidsvaag shipping company and operates along the Norwegian coast and fjord regions.

The second is a Belgian pallet shuttle barge owned by Blue Line Logistics NV, which operates on canals in Europe, transporting goods to and from large container ports.

In order to do this, Kongsberg will develop cloud-based communications systems and advanced simulations to test and ensure that the autonomous vessels operate safely and optimally.

In a statement, the company said the EU had granted it $22.3 million (€20.1 million), one of the largest grants ever awarded to a Norwegian firm.

The funding will be made through the AUTOSHIP project, a four-year scheme which is part of Horizon 2020, an EU research and innovation program.

“The Norwegian maritime cluster,” said Egil Haugsdal, CEO, Kongsberg Maritime “which KONGSBERG is part of, is the world leader in autonomous shipping.

“Now we are further strengthening our position through the AUTOSHIP project which will accelerate the realisation of next-generation autonomous ships and create a roadmap for commercialising autonomous shipping in the EU in the next five years.

“There is increasing market demand for waterborne transport in the EU.

“The results of the AUTOSHIP project will lead to safer and greener transport in Europe with one of the major outcomes being a shift of goods transport from roads to waterways.

“The results of the AUTOSHIP project will lead to safer and greener transport in Europe with one of the major outcomes being a shift of goods transport from roads to waterways.